Slighty sweet and fleshy, the apricot works well in summer fruit salads and as a purée on pancakes. For Armenians, however, it also stirs national pride. Known by scientists as prunus armeniaca, the fruit is thought to have originated in Armenia and, over time, it became a symbol of the nation.

In “Apricot Stone,” Eva Rivas builds on that, using the fruit as a tasty vehicle to discuss the Armenian diaspora. She portrays an Armenian émigré who preserves her identity by clutching an apricot pit: “May the winter stay away/ From my harvest night and day/ May God bless and keep my cherished fruit/ Grow my tree up to the sky/ Once I waved my home goodbye/ I just wanna go back to my roots.”

And while the apricot isn’t an obvious candidate for controversy, it’s landed Rivas smack in the middle of Armenia’s ongoing political brouhaha with Turkey. In February, a Turkish composer claimed that Rivas’ song hints at the Armenian Genocide, an event Turkey does not officially recognize: “Many, many years ago/ When I was a little child/ Mama told me you should know/ Our world is cruel and wild/ But to make your way through cold and heat/Love is all that you need.” Critics also say the repetition of “motherland” flames conflict over ancient Armenian territory now controlled by Turkey.

Rivas, an Armenian born in Russia, denies those allegations and maintains that the song revolves around cultural dislocation. She’s right to defend herself. Last year, the European Broadcasting Union, the body behind Eurovision, disqualified the entry from Georgia because they felt it took a political jab at Russian Prime Minister Vladimir Putin. The entry? “We Don’t Want To Put In.”

Armenia’s official preview video spares the viewer theatrics and instead focuses on Rivas in the recording studio. She appears to sing from the depths of her soul, and oozes emotion that helps you look past the occasionally nonsensical lyrics: “Now I see the northern stars/ Shining brightly in the storm/ And I’ve got an avatar/ Of my love to keep me warm.” Close-ups convey Rivas’ passion and suggest she could make a healthy living as an Angelina Jolie impersonator.

Deliberately or not, the video also portrays a former Soviet Republic integrating into Europe. Modernity, we see, has arrived in Armenia with its expensive computer equipment and synthesizers. Rivas, a young Armenian singing with a stellar English accent, embodies a sophisticated and educated nation ready to do business with the West. The jury is still out regarding her exposed midriff.

Armenia has never placed lower than tenth in the Eurovision final and Rivas will likely keep that record going. Identity often scores contestants points with Eurovision voters. Rivas, who has mixed Armenian, Greek and Russian ancestry, has cleverly taken a promotional tour through Greece and Cyprus to build on that. Armenia also has the built-in advantage of being a former Soviet Republic: there’s a tendency for them to award one another points, perhaps stemming from shared historical connections or common tastes in music.

Armenia will advance easily from the second semi-final (assuming Rivas avoids backstage conflict with Turkey, who also compete in that heat). In the final, Rivas will likely finish in the Top 5, but won’t challenge for the top spot. The professional jury that comprises half of the vote won’t look past her occasionally questionable lyrics or the fact this is a song ostensibly about a piece of fruit. That gives Eurovision favorites Azerbaijan, Germany and Israel a slight edge. 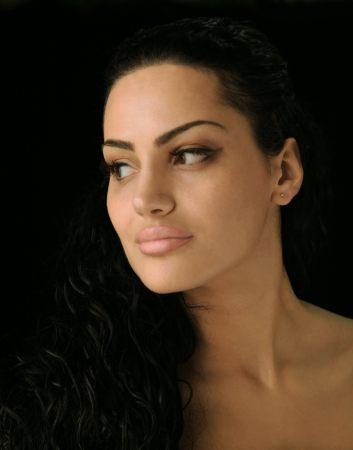 Your threads are not consistent and conviencing. You give an edge here to Azerbaijan, but then after the rehearsal you admit that you are disappointed with Safura. Be a little bit more serious. And do not pay attention to betting odds. This is ESC , this is not a casino