She’s a mother of two, and Wiwi’s favorite contestant at Eurovision 2011. But can Hungary’s Kati Wolf cope with the spotlight?

At Alexey Vorobyov’s recent Russia Party at Eurovision, Wiwi and Vebooboo noticed that Kati was uneasy with all the attention. Fans in the club mobbed her after her performance, and she was at a loss for words. She’s gracious—she never said no to photographs—but the look on her face frequently said “I’m so nervous I might wet myself.” A rather large man–either her husband or a bodyguard–followed her all night. Maybe she could have loosened up a bit if he wasn’t trailing her. 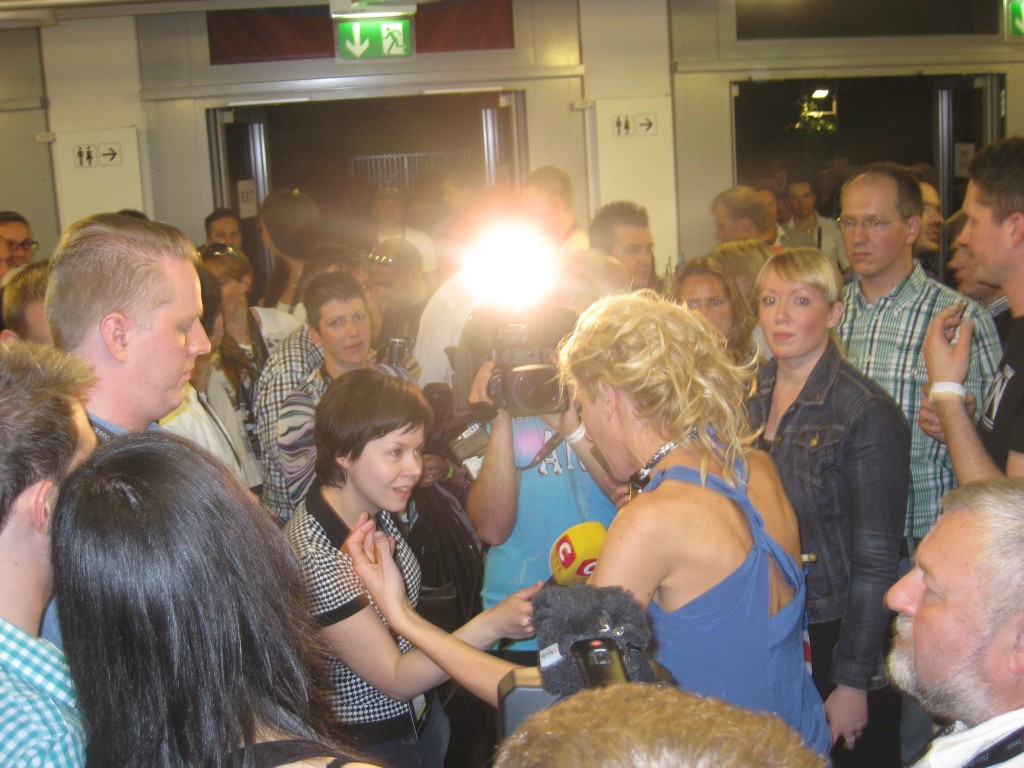 Her nerves also showed at the first semi-final press conference where her voice quivered constantly. Wiwi and Vebooboo love this vulnerability. We just hope it doesn’t prevent her from bringing it during Saturday’s final. 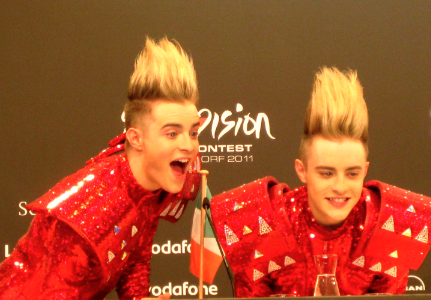