The Wiwi Jury—our in-house team of music unprofessionals—head north this morning to the enchanting island of Iceland. Will Greta Salóme & Jónsi leave us cold with their song “Mundu eftir mér” (Remember Me)? You’ll have to read our reviews to see!

The original video, upon which our reviews are based:

The updated video, in English:

Wiwi: Iceland, WTF? It’s as if that exploding volcano Eyjafjallajokull swallowed all of your best songwriters, leaving you with no choice but to choose this. It’s seriously dark and dreary—like Lordi but without the fun costumes. That, my friends, does not a winning Eurovision entry make. If I were in the right mood, I might be able to get into this. I could hear it on the soundtrack to a movie about some medieval knight (it would play when the hero is slaying dragons). But I’m not into that. Sorry to say this, but it’s an un, deux, trois from me…

Vebooboo: Oh Iceland, you were doing so well. For such a small country, you somehow magically produced amazing entries on such a consistent basis…until this year. Yes, Greta and Jonsi have good voices, but as we all know that means squat in ESC-land. The song itself builds nicely at the end, but it is way too slow to build up to that point. And more importantly, do not sing in a language that only 250,000 people speak. Basic strategic mistake, and unfortunately it will likely kill your chances of qualifying for the Final.

Meows: This is definitely a very original song, and being a sci fi/fantasy fan I love the strong drums and classic instrumental sounds such as the violin while I conjure up images of epic battles in a gritty high fantasy series. Not sure if the rest of Europe is that imaginative though… in Eurovision terms, this song is not catchy, there isn’t a very distinctive chorus and although Icelandic is a mesmerizing language, it is rather frustrating when you can’t sing along to the words. I’d place it in the top 10 though!

Deban: Seriously? Are you kidding me?? This dreary duet takes the form of a ballad with a backing choir. It’s an acquired taste both visually and audibly. One can’t help but wonder what the eliminated songs must have sounded like. Even by Iceland’s own standards, this has to be its weakest entry in years! The redeeming quality here is that when this song is on repeat, it actually grows on you. But guess what? Most people will only get to hear it once, and that may be in the semi-final only. Who knows? Maybe that’s the wake-up call Iceland needs. 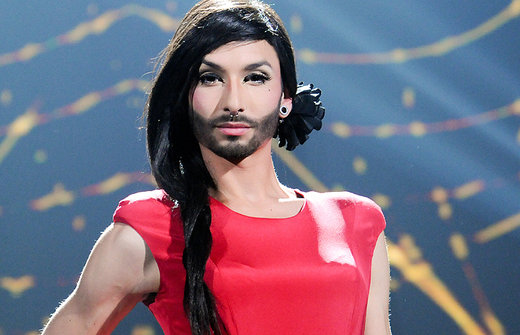 Poll Standings: Who Will Win in Ireland and Austria?

It is beautiful and I was right.It does grow and gets better.

I think it is top notch! Absolutely gorgeous! beautifully sung, amazing music (have you heard the strings? honestly! they’re great!) the whole ensemble, the singers, the lyrics, the song, the fact that it is sung in Icelandic (bravo for Iceland for singing in their native language!, why do they have to pamper to the hoy-polloy and sing in English?) If there is something that characterises this song is its INDIVIDUALITY, and that, in my book, is something to be proud of…

I have to admit I listened only to the English version, but I wonder if the language can matter that much…This is for me maybe the best entry this year, so all these marks are really weird…especially that I don’t get how you came up with 9+ for Sweden, but 4 for Iceland…anyway I hope they make top 5 in final!

@Wiwi & Co: Glad to know you’ll be updating reviews. I was going to ask about that because it’s getting a bit messy with people judging different versions from each other. The Icelandic version had me on first hearing because I already have an aquired receptiveness to symphonic-folk fusion, and was able to follow the song’s development from beginning to end with anticipation and delight. The English version improves on this mainly by having the benefit of studio quality, but understanding the words also helps, and the English lyrics are good. This is one of a few songs on my… Read more »

@magga sounds like a homophobic b*tch. if your understanding of eurovision were as great as you seem to think it is, you would realize that most diehard esc fans LOVE hera bjork. and they don’t like depressing sh*t like this you cow

I’m sorry, but I just don’t get it. How on Earth did you judge this amazing entry? It doesn’t really make sense.

I just can’t get the unappeal of this song.
Seriously.
I absolutely loved it at the first note.

Natalie from NZ, I heart you! I will (and I have been) listening to this entry more times. It’s also because there arent very many songs that are making me super excited. I can only listen to Cypriot La La Love so and Jedward so many times.
Are you bringing your kiwi self to Baku to encourage others to give songs a second chance?

I ALWAYS have a weak spot for Iceland and this year is no expection to the rule.
I keep listening to the previous years from that lovely country and this one will grow as well and I am sure that the wiwi folks here will adjust their scores after Iceland are in the final

Though I agree that there have been better songs, I like this. Not only does it bring in a more intensified folk song sound, but it also shows the beauty and talent Icelanders possess. Give it a chance. Keep listening to it and I assure you it will get stuck in your head. I learnt that last year with Norway and Germany’s. I started off finding them a let down, but then I kept hearing them and I love them now. You can’t just listen to a song once and expect it to be good to you immediately. I live… Read more »

Guys make room for something different, you’re a tad too hard on them. Afterall, isn’t ESC about inclusion and originality?

I’ve never said this about any of our entries at any stage during the selection period but now when we have 15 songs known I really have to say that we have the only good song in the contest. Something for the eye also that you don’t get in the other entries. The violin solo does it for me. Original and interesting song that keeps your attention from 1st second to the last.

Imagine a tourism video for Iceland over gushing geysers and ice fields with this song in the background and it would all seem rather nice. Put it in a competition with 42 other songs and it will be hard to remember. That’s not to say it’s bad – just unmemorable. 5/10 for effort but weak compared to entries of previous years…

You guys are tough biatches!!!! The song is a nice one. And there are plenty of songs not sung in English. And the other vikings can understand the song… or a bit of it.

It’s dark and dragon slaying, you guys are right. It’s spooky.
and its different.
How do you guys give it 3 and 4s /10? Did you at least see how cute the bow tie of Jonsi. That bow tie is worth 12 points by itself.

Well thats teh beauty of Eurovision, we all have opinions on the songs, and you are right that Iceland creates great entries year after year and I am so proud of it. This year is no difference, it is a beautiful Love story about a woman called Ragnheidur. I am sure we will get through and will do well. For Iceland it is always a victory just to get through to teh final. Unlike Uk we actually like Eurovision and over 90% of the nation watches Eurovision. Reason why they sing in Icelandic is that is part of the rules… Read more »

What’s Wrong With U, Come On