Wiwi’s Jury traveled to Istanbul this morning to review Can Bonomo’s Eurovision 2012 song “Love Me Back.” Did we indulge in Turkish Delight or did it turn into a Turkish fuh-right? Read on, people…

Wiwi:  It’s like Gipsy.cz meets Zdob si Zdub—but without all the pretty colors to distract you from the music. The lyrics, which you can read here, are pretty bad. “Hop up to my ship, baby, I’ll make you fly/ You love me and you know that, baby, don’t you lie.”

Vebooboo: OK, dude can’t dance, and he really needs to work on his stage presence.  BUT, the song kind of reminds me of “Love in Rewind” from last year, and something tells me most of Eastern Europe is going to love the instrumentals in the background.  Even though this ain’t my cup of tea, I think the East will be drinking his ‘raki’ (national drink) up!

Meows Kitty: It’s a very quirky song and it isn’t really what I expected from Turkey, which is known more for its ethnic and mainstream disco infused songs such as “Dum Tek Tek” and “Shake it Up” with lots of scantily-clad slithering backup dancers. The song is different and had a great intro—well, in the first 5 seconds, anyway. But that failed to build up to a great song. Meh. Nothing special.

Deban: As the entries for Baku pour in, it’s as if all the EBU delegate countries have got together and decided on making good music a secondary concern this year. Turkey is no exception to this imagined school of thought. Surprisingly, for a country that produces excellent entries year after year, the setback of not qualifying last year has generated this ‘I-don’t-give- a damn-approach’. The most redeeming quality about this entry is Mr Bonomo’s looks. He could bag a trophy in Wiwi’s annual search for Eurovision’s Next Top Male Model. Sadly, the song lacks artistic merit and craftsmanship. Hearing it the first time, it sounds recycled and somewhat tired.

How can one love this song back when its submission is masochistic in nature? As well as being bland, it’s shocking to believe that this is an internal selection. Turkish citizens should demand justice and transparency! No music expert in their right mind would choose this as a submission for the quarter finals, let alone a winning entry! 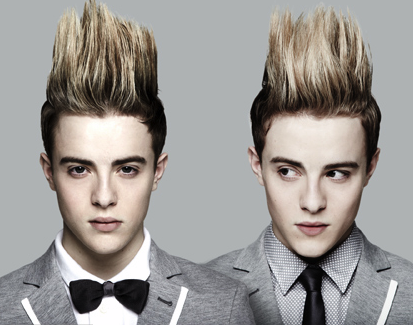 Well, I am from Turkey and I must say that I do agree many of you guys. Ok, I hope that we could get a good result 😛 but with this song, It looks difficult. We dont like the song but as it represents our country we still somehow support it 😛 and yesterday, i saw in the 2nd semi-final that many of the countries has joined the contest singing in their mother tongue. That’s so cool.

I enjoy this song and I love Can so much. So, I don’t care about somebody doesn’t like it =) I happy =)

It’s awful…Turkey send only two good songs in Eurovision: Sertab Erener with “Every way that I can” and MaNga.All the others and especially this one suck…See you next year neighbours….

I think I am going to be sick, the lyrics are vile, the dancing is even viler and the “nay-nee-na-ni-na-nay” is the vilest thing of all…Belurgh! great, i just barfed my breakfast, honestly, songs like this ought to come with a Warning…”Warning! this song is vile. Listening and/or watching it can produce nausea and induce vomiting, it can even provoke seizures”

I had no idea that Ed Wood moved on to songwriting. So terrible.
Some nice instrumentation, and even a couple of key shifts make their way into the blender of what sounds like emergency improvisation at gunpoint … Baby.
Na nana na, na na na na, naninaninani na na nah.

(My conspiracy theory is that Turkey decided that a good result in Baku might look bad, so use it for ethnic diversity PR instead)

Flosi you most be out of your mind, this song is horrible…. I didn’t understand anything is saying, It like Cat and Meuse singing , not surprised at all Turkey as no test in music anyway

No man who dances like this can even be considered as a potential competitor for Next Eurovision Top Male Model. What f”#¤g ship is he hopping on and flying away? Pigs may fly but ships definitely don’t the last I checked.

Funny how the wiwi folks are NOT agreeing on this entry.
Flosi take me to your country please! I am in LOVE with GusGus “Arabian Horse”
If the turks had been listening to that record they would have been in the final but with this their attempt will only reach as far as the best toilet break of the semi finals

I agree with you Deban – the song’s content and mediocrity soon fades into the background, however, the lead singer’s looks can’t fail to grab some girls’ and guys’ attention … and keep it. Maybe that’s the new strategy for winning.

I’m not crazy about the song but it’s not *that* bad; it has some nice ethnopop elements. Dancing really does blow though…dude would benefit from some Rybak-esque dancers instead of flailing around like that.

Just when you think you’ve seen the worst of them all, in hopscotches Turkey.
“uh oh, nay nay…”
Surely there were better singers at the drunken karaoke audition. I gave up watching after a miserable minute and a half. I just couldn’t do it to myself. I hope they have the sense to put him in a strait jacket during his Baku performance cos that ain’t dancing yo!

I really enjoy it and I think Turkey is back in the final:)