Compact Disco is one of Hungary’s biggest musical acts—so the Wiwi Jury was eager to dig in to their song “Sound of Our Hearts.” But did the electronica make us hungry for Hungary? Or did we go all bullemic and vomit it back up? Read on to find out…

Wiwi: Mama always said to focus on the positive, so Wiwi is searcing for a silver lining to the dreary cloud that is “Sound of Our Hearts.” After suffering through that three minute video, I now know when I’m going to take my toilet break during the second half of the first semi-final, which is when Hungary performs. And I’ve also discovered one of the contenders for Eurovision’s Worst Dressed List. Leather shoulder pads and black leggings never work on anyone. As for the song, it didn’t really stir anything in me—and that’s the problem. I like songs that make me tap my foot or shake my ass, or move me emotionally or make me laugh. This song does none of those things. And it has nothing to do with genre. I was a big fan of Bosnia’s Vukasin Brajic back in 2010, and maNga rocked my workd with “We Could Be the Same” the same year. Compact Disco has better English pronunciation than either of them, and solid vocals. It’s a shame they chose to go with this rather limp song.

Vebooboo:  So let’s get this straight…you give us Kati Wolf in 2011, and you follow it up with this?? Oh, Hungary…why?!?! This song just never really goes anywhere, just like the hideous faux leather jacket on the lead singer. Generic song with no build-up, and no chance of making the Final in my opinion.

Meows Kitty: When I heard the studio version of this song I thought this mellow electro rock tune could maybe fit in one of Linkin Park’s albums—you know, one of those unreleased albums full of afterthoughts while the band is experimenting with their sound. However after listening and seeing the live stage performance, I was ashamed of myself for even thinking that they could be considered in the same league as the aforementioned band. My sincerest apologies to Linkin Park and all the Linkin Park fans out there! The song itself isn’t bad and may even have potential to qualify for the final, but the lead singer needs to go back to his voice coach and maybe get an autotuner. Why did they choose a song with high notes when he cannot hit the high notes at all? This isn’t pub Karaoke Compact Disco!

Deban: I could barely contain my excitement when Compact Disco won the Hungarian ESC finals. I was also slightly surprised that Hungary put them through the democratic process of pre-selections. A band that big (they recently bagged the 2011 MTV Europe Award for Best Hungarian Act) often gets handpicked, even in the fairest territories. Case in point, Blue for United Kingdom, ESC 2011.

“Sound of Our Hearts” is a middle of the road, soft-rock ballad that doesn’t quite take off. It simmers gently and would complement many of the euro-pop numbers you’d hear in the show. It’d also provide an upgrade to some of the bad entries that would inevitably make it to the semi-finals. However, in a world of teenage pop, Compact Disco adds a more mature and nostalgic sound to a mixed bag of good, bad and ugly entries. 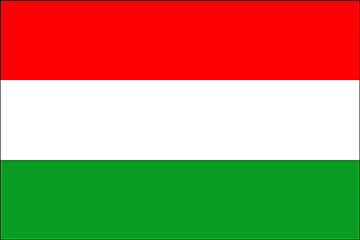 Melodifestivalen 2012: Why Sweden Should Choose Loreen

This could be end up as one of the surprises live.

Listen boys and girls, kitties and puppies, monkeys and baboons, and all you twats out there. I know I may sound a tad like Paula Abdul, but YEEEEEEEAAAAAAAAHHHHHH BABY! COMPACT DISCO! You gotta 10 out 10 from me! You got it going for it!

His voice is pretty awful, he songs out of key quite a lot. So, a forgettable song which has been transformed into an unbearable song thanks to a lack of vocal abilities…Hungary, you have covered yourselves with glory, this year…

Plodding evenly in heavily padded slippers, this does everything possible to avoid being interesting.
It’s neither subtle nor ostentatious; no depth, no height – “See, Europe? We’re modern. We can do mainstream bland as well as anyone!”
Gimme some angst, throw me off balance, transpose to Hungarian minor mode .. Something .. Anything.

Well at least they tro to make an effort

The kind of song where 3 minutes you’d pressed play you forget that you’d even been listening to anything. The sound of my my dehumidifier whirring in the background is vaguely more interesting.

And they rejected the fabulously trashy “Untried” in the final.
2/10 (being generous)