In the two weeks since Wiwi last reported on Betfair’s betting market for the second semi-final at ESC 2012, the bookies’ five favorites—led by Sweden’s Loreen (“Euphoria”) and Serbia’s Zeljko Joksimovic (“Nije ljubav stvar”)—have held steady at the top. But there has been some reshuffling in the lower positions. Bulgaria’s Sofi Marinova (“Love Unlimited”) has jumped from 12th position to sixth. And Lithuania’s Donny Montell (“Love is Blind”), who previously sat in 12th with Bulgaria, has moved to seventh.

Outside of the Top 10, Georgia’s Anri Jokhadze (“I’m a Jocker”) has climbed from 18th to 12th. Clearly re-orchestrating and completely re-packaging his song has done wonders for him. He could ride the momentum into the final if he performs well during his semi. Unfortunately for Malta’s Kurt Calleja, debuting the official video to his entry “This Is the Night” has had the opposite effect. He has dropped from joint 12th position last week to dead last this week.

Countries that will qualify for the final:

Countries that will be eliminated: 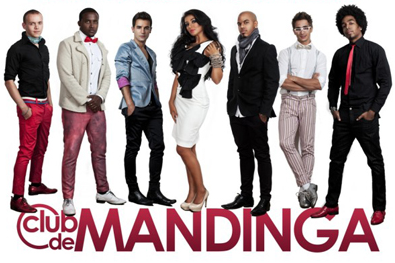 scott pitty ur not one of the judges it seems that u know evrything about music when malta use to go in with a ballet they use to say always a ballet so sleepy music now that we have a good dance song that makes u get up and sing and dance along with it people like u still argues that its not a good song bla bla bla what about ur country song ?
go and find a chicken and have a good time with it

Reason why I dont like the Maltees song is because its merely only average pop, its cheesy and dated sounding like something more suited to the early 2000’s music has progressed well in the UK and USA it has anyway, and this entry from malta just seems to be going back in time, its not new and current like the entries this year from Sweden, Cyprus, Norway and Bulgaria, Sweden in particular is current with todays music industry whereas painful cheesy entries from Malta, San Marino, Lithuania, France, Ireland and Lativa arent they are out of date, countries that are… Read more »

Why is both Lithuania and Georgia high both of them should be right at the botom with malta 3rd to last, Lithuania’s enterant cant even sing let alone try to speak english doesnt even deserve to qualify. If this was been judged on good quality “MUSIC” and “SINGING” then in the first semi I would have Greece at 1st, Iceland at 2nd, Cyprus 3rd, Denmark 4th, Romania 5th, Moldova 6th, Finland 7th, Albania 8th, Belgium 9th, Ireland 10th, Russia 11th, Hungary 12th, Switzerland 13th, Austria 14th, Latvia 15th, Isreal 16th, Montenegro 17th and San Marino 18th. then 2nd semi: 1st… Read more »

I think that This first 5. goes in final 100% the best songs of this year;) Sweden is great, Serbia amazing, Bosnia and Herzegovina the best balad with best text I have ever heard, Turkey so sweet, and Norway -good song but more support because of that guy who’s in my opinion 100% gay, and we know that evrovision is more gay than ever…

Agree. Juries should kill Georgia. Unfortunately, they MIGHT get enough televotes to overcome that. Same thing happened with Get You last year, the juries placed it near the bottom of its semi and the televoters gave it fourth so Alexej was safe with 9th place. On the plus side, though, I’m A Joker is the only novelty act in the semi, unlike Semi 1 which has the Babuski, the Social Network Song and Euro Neuro, so Georgia will get the brunt of the jury hate in semi 2. And the televoters can’t love it that much, can they? Wondering why… Read more »

/*spit-takes
What is doing Georgia in a position above last?
And why, in name of everything that can be named, is that awful thing IMPROVING its position?

(Though I’ve gotta say with the exception of Ukraine, the top 10 looks pretty nice. I’d like to include Netherlands, but I wouldn’t know what song to drop instead.

… Wait, I do. Norway. But just by elimination)

Georgia is still terrible though, if it makes it to the final, I would be very disappointed and question about how that can make it through. I think juries will rip it apart maybe