When the men of Eurovision aren’t working on their music, they’re usually working on their bodies. That’s why so many of you want to sleep with them. But all the expanding muscle means that the House of Wiwi is getting seriously cramped. We started the competition with 23 contestants on April 2, and to make some room we narrowed the field down to 21 on April 15. Even so, Wiwi can only afford 16 beds and 16 pairs of tight white underwear for the finals of Eurovision’s Next Top Male Model. As such, it’s time to say goodbye to five more competitors and bring the semi-finals to a close. Grab your Valium, boys. The second elimination in Wiwi’s search for Eurovision’s Next Top Male Model 2012 begins now.

Twenty-one mostly beautiful men stand before me. But I only have 16 photos in my hands. And these photos represent the 16 of you who are still in the running to become Eurovision’s Next Top Male Model. During the semi-finals, a total of 2,720 were cast. Halfway through the semi-finals on April 15, it looked like Jedward were going to win a majority of those votes. But in something of a fashion coup, the Germans have rallied their troops—and not even Jedward could overcome the onslaught. The man who has won the semi-final round has all of Europe craving some wurst—and once he walks into the room none of us will be “Standing Still.” The first man qualifying for the finals of Eurovision’s Next Top Model 2012 is Germany’s Roman Lob.

Our second-place finishers in the semi-finals are taking a cue from their countrywoman Elena Ionescu, who is currently leading Wiwi’s search for Eurovision’s Next Top Model. They make music together, and now they may make modeling history together. Will they be the first group to win Eurovision’s Next Top Male Model? We’ll have to see. For now, though, let me present our second qualifiers. The men of Mandinga!

Congratulations, Men of Mandinga. You’re still in the running to become Eurovision’s Next Top Male Model(s).

Finishing third this week are this year’s most famous contestants. They have the most passionate fans at Eurovision, and they already have experience posing nearly naked. They’re the world’s most-loved set of identical singing twins and they finished 9th in last year’s Top Model contest. Now they are finalists for Eurovision’s Next Top Male Model 2012. Get ready to double your pleasure and double your fun with Ireland’s Jedward.

Congratulations, John and Edward. You’re still in the running to become Eurovision’s Next Top Male Model.

Finishing in fourth place during the semis is a man who is comfortable in uncomfortable situations. Norway’s national final was his first live singing gig—and he won in a landslide. Unlike the other contestants in this year’s contest, he’s actually a real working model. He’s proving that Norway isn’t just full of white people. He is the gorgeous, the stunning, Tooji!

Finishing the semi-finals in fifth place is a pair of pectoral muscles. Just kidding. Those muscles are attached to a man we call Max Jason Mai — the least Slovak sounding name we’ve ever heard among Slovak artists. Give it up for Max (and his chest)!

Congratulations, Max. You’re still in the running to be Eurovision’s Next Top Male Model.

Wiwi is seriously exhausted so we need to speed things up. I have an aerobics class to go to so I can launch my own modeling career. Anyway, the men finishing in sixth through 15th place, and advancing to the finals of Eurovision’s Next Top Male Model, are: Malta’s Kurt Calleja, Turkey’s Can Bonomo, Belarus’ Dmitry Karyakin, Serbia’s Zeljko Joksimovic, Lithuania’s Donny Montell, Moldova’s Pasha Parfeny, Iceland’s Jónsi, Austria’s Lukas Plöchl, Estonia’s Ott Lepland, and Switzerland ‘s Gabriel Broggini. Congratulations. Now get off my runway.

Would Engelbert, Vladimir, Ivan, Csaba, Anri and Rambo please step forward. Wiwi only has one photo in his hands. And this photo represents the man who is still in the running to become Eurovision’s Next Top Male Model. The men whose name Wiwi does not call must immediately return to the loft, return their protein powder to the kitchen, and go home. If you take any of my silverware I will drug your back-up dancers in Baku so that they steal the spotlight—and any chance you had of winning.

Engelbert: You’re 75, and sometimes you photograph a little….old. You need to push past your age, and think about Botox injections. Vladimir: Your brother casts a long shadow with his body, and I’m not sure you’re ready to step out of the shade. A Top Model needs to shine—regardless of whether his family members are models, too. Ivan: The judges think you are the sexiest man at Eurovision 2012 by a long shot. But you’ve only managed to secure 32 votes. We love you. But you need to build support outside of the House of Wiwi.

Csaba: You’re hot—and very short. A Top Model needs to be tall to best showcase a designer’s clothes. If you can’t do that, then how will you secure bookings in Milan, Paris and London? Anri: You’re the only contestant who hammed it up in your portfolio shoot. It’s almost as if you’re mocking my good friend Tyra Banks, who runs her own modeling show loosely based on the Eurovision’s Next Top Male Model concept. Even worse, I saw you raiding the cookie jar last night in the House of Wiwi. Male Models can only eat salad and protein. Sugar does not a six pack of abs make. Rambo: I admire your use of animal print and the compassion you show to the donkey in your official music video of “Euro Neuro.” But last night your donkey relieved himself in our living room. That is nasty.

It’s you, Engelbert. When I watched your official video for “Love Will Set You Free,” I could see that you were feeling the song. Being a Top Model isn’t about selling a dress. It’s about conveying an emotion—and you’ve proven to me that you can do that. I believe in you, Engelbert. But in the finals you’re going to need to call on your fans because you and your toupee were almost sent packing.

Congratulations, Humpy Dumpy. You’re still in the running to be Eurovision’s Next Top Male Model.

As for the rest of you, please exit the House of Wiwi immediately. I am not paying for any more of your hot water!

The finals of Eurovision’s Next Top Male Model 2012 begin on Saturday, May 5. We will be featuring new photos of our finalists, and you’ll be allowed to vote for a second time. The contest will end on June 1—several days after Eurovision. We don’t want all the fun to end on May 26, do we? 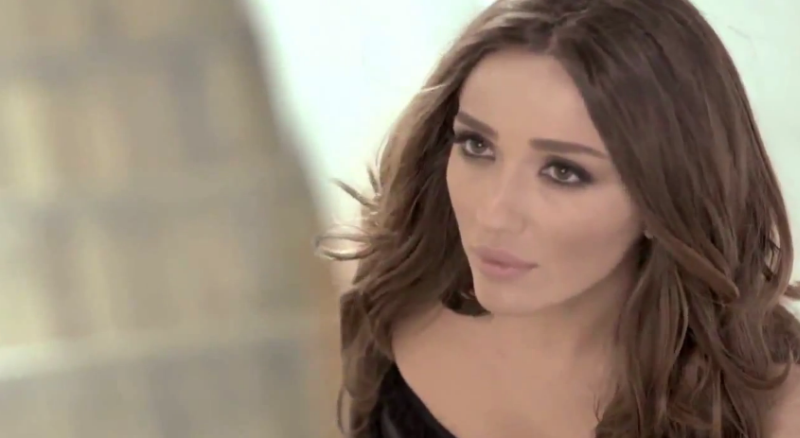 Poll: Who should win the grand final of Eesti Laul 2020?

ROMAN LOB IS SO HANDSOME…he has to win =)

OMG only 20 votes between Men of Mandinga and Roman … c’mon boys :X This year ROMANIA for next top model and next top male model!!