Question: How do you generate much-needed PR and add spice to a dated pop number? Answer: Go to the town square and choreograph your captive public.

This is exactly what Malta’s Kurt Calleja did with his ESC 2012 entry “This Is The Night.” Calleja & Co took to the streets of Malta’s capital Valletta last month and forced their song upon the people. The event kicked off with a two-hour rehearsal at 8am on April 16, drawing thousands of people—young and old, fit and fat, tan and pale. This show of support is a reminder that the Maltese people keep Eurovision close to their hearts. It also proves they are behind Kurt Calleja, Malta’s Eurovision heart-throb. Host Pierre Cordina, Freddie Portelli (a famous Maltese singer) and the international dj Duo Tenishia warmed up the crowd. Choreographers set Zumba fitness steps to ESC tunes, and the crowd got down on it in between rehearsals. (I wonder if Maltese Eurovision legend Chiara lost any weight on the scene?). Those who preferred to work the mouse rather than their bodies watched the event live thanks to the direct streaming link that was made available on www.tvm.com.mt.

It’s hoped that the ploy—and subsequent YouTube coverage—will help popularize Kurt’s rather dreary dance number. It worked in Malta. Airplay, TV ratings and music sales spiked. It also worked on me, Deban Aderemi. I like the song a lot more now, and if I could re-visit my earlier Wiwi Jury score, I’d probably rate it higher now. But will the p.r. stunt have a similar effect with European voters? 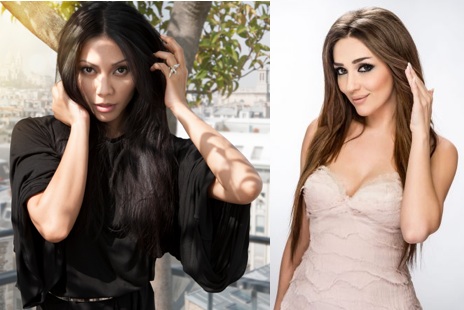