During Thursday’s second Eurovision semi-final, Malta’s Kurt Calleja defied the bookies and danced his way into the grand final. His funky dance moves and easy-to-grasp choreography went down a real treat in the arena, so much so that the Azerbaijani security forces in the audience were telling fans to sit down. WiwiBloggs.Com’s Deban Aderemi grabbed Kurt after the second semi-final press conference to talk about his recent flash mob in Malta, and why he has all of Baku dancing. 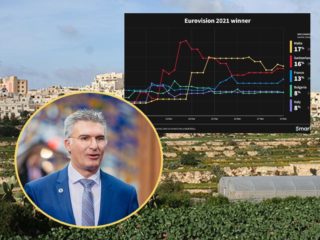 Well done kurt! We love you

MESSAGE to all the ROCK fans: Crno i belo is the ONLY SONG in the contest with rock elements. VOTE SATURDAY night for KALIOPI 22. ROCK ON!!!!

well done kurt u made us proud