Over the past three months, The Wiwi Jury—our international panel of music un-professionals—has issued its verdict on all 42 Eurovision 2012 entries. The four jury members have awarded a total of 168 scores. But only three performers managed to earn a perfect 10: Italy’s Nina Zilli (from Meows Kitty), Sweden’s Loreen (from Wiwi), and Albania’s Rona Nishliu (from Deban). Vebooboo, who was rather ungenerous with his scores, did not award a perfect 10. As such he has chosen to advocate Cyprus’ Ivi Adamou below. Her choreography in Baku is that hot, y’all! Anyway, here are the contestants we think deserve a piece of the Eurovision crown.

There may be a stack of books on the stage when Cyprus performs, but don’t expect anything academic from this number. It’s no coincidence that Ivi Adamou spends half the song dancing on and trampling books in her high-heels–this song’s lyrics and message are not that deep.  But who tunes into Eurovision to get an education?  This evening is about fun and frolics, and Cyprus delivers a perfect 10 in this respect. The tiny nation combines seamless choreography and camp costumes to create three minutes of joy.  If you’re looking for stellar vocals, then go to Albania. But if you want to have a good time, then come to Cyprus.

Wiwi on Sweden’s Loreen with “Euphoria”:

If Eurovision can be compared to sex, then Loreen’s “Euphoria” is definitely this year’s orgasm. The foreplay begins the moment the synthesized boooooom kicks off the song, and the pleasure builds as Loreen asks if “this night can last forever more.” We seriously want it to if she’s singing. By the time she belts out “euphoria” for the first time, the audience can be heard freaking out—a sure sign they want to make musical love to this stunning singer of Moroccon-Berber descent. The staging proves that less is more—a lesson most Eurovision acts have trouble understanding. Simple dance moves reflect the purity of the song’s message: that love takes us to a higher place. And Loreen’s occasional writhing—cue jokes about straight jackets—conveys a sense of madness that can accompany that journey. When the snow falls we see a passing of seasons: time has moved on, and the love Loreen shares with her back-up dancer remains strong. On a personal level, I like that Loreen decided to keep her black back-up dancer. Following her victory in Sweden, Eurovision aficionados suggested that she ditch him and go with a white guy to get more votes. But Loreen said “Hell to the no!” In Azerbaijan she has also managed to tow the line between activist and performer. She met with Azerbaijani opposition leaders. But when asked to comment at the second semi-final press conference, she refused to stoke the flames of controversy. “What I can say is there are two parts of me. One that is private and one that is my work that I’m doing here,” she said. “Just today I want to keep the focus on this energy we created right now. Thank you.” That’s diplomacy.

Sweden’s producers—no doubt the best in the world—have created a pop music masterpiece. Can we book our hotels for Eurovision 2013 in Stockholm yet?

Rona Nishliu is a star. There’s no doubt about that! Her participation at the Festival I Kenges in Albania resulted in a landslide victory. “Suus” is the most powerful song staged at the Eurovision Song Contest this decade. As an entry, it remains gimmick free and touches emotions where it matters. Its Latin title, which translates as “Personal,” does just that. It is a personal tale that’s open to a hundred interpretations. It offers the perfect template for every emotion.

When Rona took to the stage in her semi finals, she broke down after her final note. She was clearly affected by Albania’s tragic bus accident earlier this week which results in at least 12 deaths and more than 30 injuries. She felt her country’s loss and transmitted the pain with utter sincerity. She ended up dedicating the song to the victims during the second semi-final press conference.

Rona Nishliu is a true artist. She is fluent in several languages, plays a number of instruments, and has stepped into the political field. It’s all about the music, and even though she’s a Kosovo native, she represents Albania with all her heart, mind and soul. She deserves to do well…

Meows Kitty on Italy’s Nina Zilli with “Out of Love”

Italy came into the competition with a “boom, boom, boom” from the wonderfully charismatic Nina Zilli. She is no doubt at the forefront of this year’s competition in terms of her song and on stage performance. Here are the reasons why I think Nina should win. “L’Amore è Femmina” radiates energy but also quirkiness in ways that are comparable to Lena from Germany in 2010. The style of the
song transcends the disco stompers, boring ballads and soulless pop we’ve become accustomed to this year. Nina’s rockabilly jazz tune is memorable. Also, the touch of Italian in the chorus adds a sexy edge to the song.

Nina has a dynamic presence on stage. She works the camera like a true professional. And her composure exudes confidence. I have already said in my previous comments that she is reminiscent of Amy Winehouse before the ‘troubled’ years of alcohol and substance abuse. Nina is the glamour without the grittiness, and just like the song, she will be memorable and stand out amongst the flock of tacky Balkan singers and dull Scandinavians.

The stage setup is very demure. It’s just Nina and a few backup singers on the side. There are no fancy props or epileptic fit-inducing screen graphics, which I think works in Nina’s favor: the attention is all on her sultry movements. During this time of austerity, voters will likely respond to this pared down performance. It’s a very personable which makes you feel like you’re being transported back to a 1940s jazz club.

We all know that no matter how good the entry is, voting tactics play a big part in the Eurovision Song Contest which may be the only thing standing in the way of Miss Zilli. Despite all that, her talent and the quality of the song deserves to win ESC 2012. So get voting guys and make it happen! Dodici points to Italy! 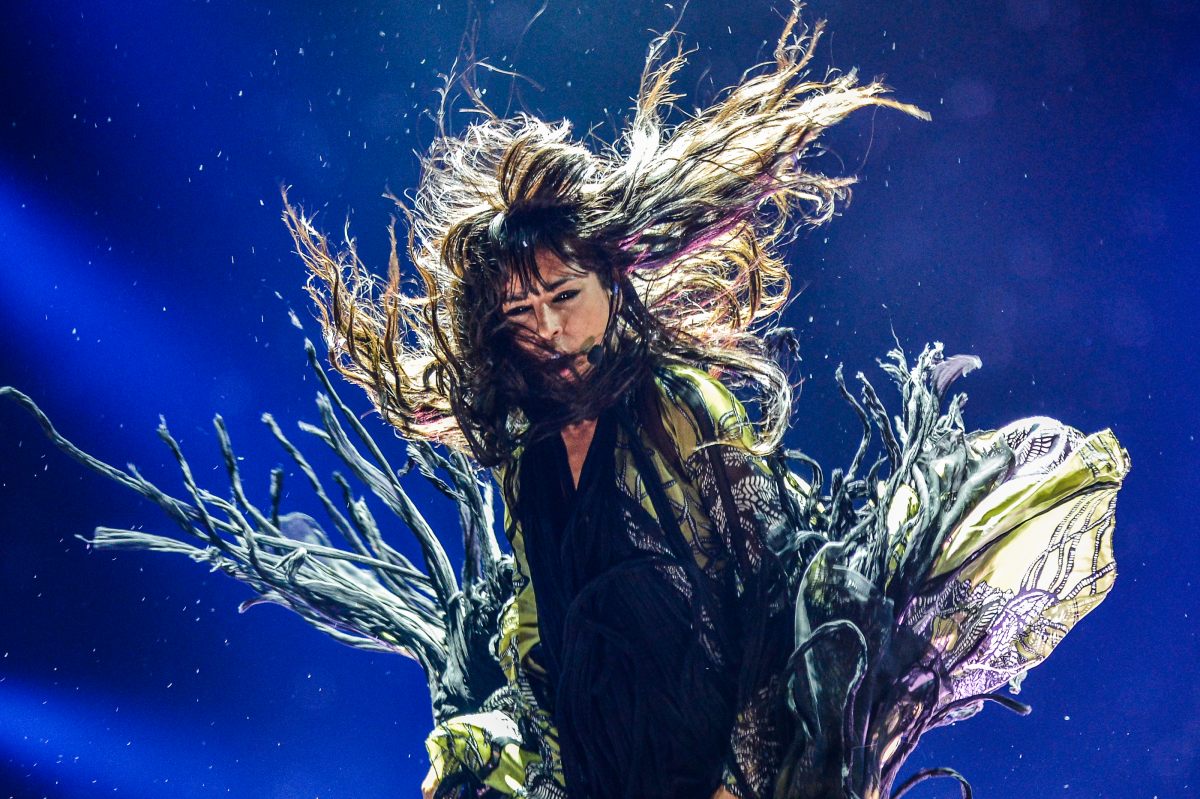 Roger, you are absolutely right. Neighbour’s voting every year, or even more, if I’m ukrainian and live, let’s say, in Russia, I vote definitely for Ukraine. This is not right. We have to leave our national principles behind us and vote for the song we really like. But it will never happen anyway. And I’m sure that some countries don’t show the exact people messaging results, but that one, that suit for them for political reasons. The voting system should be completely changed. Voting between countries produce those ugly results we have in the end. There’s need for some professional… Read more »

@david iam not urguing that malta didnt win and i didnt expacted to win but nieghter i didnt expacted to come in the 21st position….whatever evrybody says this is comeing very boring voteing system evrybody knows countries vote for there neighbours not for there favriout song they have to do something about it realy i dont know what but they have to discuse something about it . its becomeing very anoying ..and much whorst when u hear the person says and our 12 points goes tooooooooooooo our neighbours ecc ecc sort of we didnt know whats going to happen haha… Read more »

The same voting every year, brother for brother, sister for sister. You always know to where the next 12 points go. It’s been annoying now. How come Albania went 5th? It’s not a song, it’s a nightmare. I changed the channel for a few minutes, cause could not listen to her awful screaming. I thouugt Ukraine’s Gaitana was going to compete with Sweden for the win. Great song, fantastic performance, but she’s ended up just 15th. Europe ignore Ukraine because of politic situation. Eurovision has not been a fair play competition anymore. It’s a shame. There is need to change… Read more »

@roger – I don’t think it’s neighbors voting for neighbors. You do have cultural similarities between many adjoining countries and so they will like similar music. But that’s voting according to taste. Sweden, Russia, Serbia, etc. got lots of votes from across Europe.

The fact that Malta didn’t win is because this was a really tough competition and they were good but not the best.

GO MALTA U CAN DO IT EUROPE LOVES UR SONG