The road to winning Eurovision’s Next Top Model is littered with shattered dreams and broken stilettos. Twenty-five women entered the semi-finals of our contest on April 1. But along the way we had to said goodbye to nine women including Bulgaria’s Sofi Marinova, a beautiful Gypsy with nipples as large as cupcakes, and Pernilla Karlsson, a Finn with a difficult chin. On May 6 the 16 remaining women entered the House of Wiwi to compete in the finals. France’s Indonesian-born beauty Anggun left us fantasizing about how east meets breast. Russia’s Buranovskiye Babushki taught us that age doesn’t limit sex appeal. And Greece’s Eleftheria Eleftheriou wore dresses so short that she had to make sure her panties matched her shoes.

But in the end one woman proved that she, more than anyone, has the charisma and charm to succeed as an international superstar when all the music fades. After counting 4,934 votes in the semi-finals, and another 4,602 votes in the final, Wiwi is pleased to announce that Romania’s Elena Ionescu is Eurovision’s Next Top Model 2012.

The team at WiwiBloggs.Com first fell in love with Elena, the lead singer of Mandinga, when we watched her compete at Romania’s national selection. Elena wore a leather cat suit that revealed a body that just won’t quit. In the official clip of her Eurovision entry “Zaleilah,” she travels to Dubai and gives us an even better views of all that she has to offer. In one scene she shows us her stomach. In another she rolls around in the sand. In another she holds a sheet while working a wind machine. And then she gets on public transportation with a dress that stops well above her knee. In every scene, and with every challenge, she wears a smile. Let’s watch her in action:

Elena, the third Romanian to hold the title of Eurovision’s Next Top Model, upped the game in 2012. She is the first contestant ever to reach out directly to her fans on WiwiBloggs.Com. After winning the semi-finals, the beauty from Bucharest filmed this special message for our readers. She proved that a little bit of personality goes a long way.

Having spent time with Elena at Eurovision in Concert, the team at WiwiBloggs.Com can confirm that she looks hot in person. We can also confirm that she’s got her feet on the ground despite being one of the most beautiful women in Eastern Europe. Good people tend to have good people around them: the men of Mandinga, and their press team, are as sweet as they are sexy.

Whether she’s appearing on Romanian television or filming her next music video, we know that Elena is going to make us proud. Congratulations, Elena. Winning Eurovision’s Next Top Model 2012 is just the beginning. Was It the Dress? Croatia Searches for Answers After Nina Badric’s Early Exit 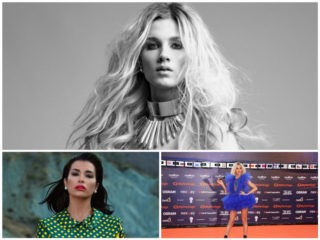 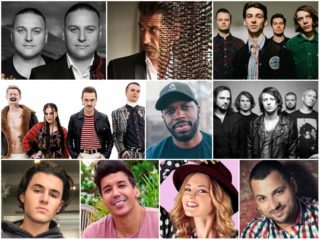 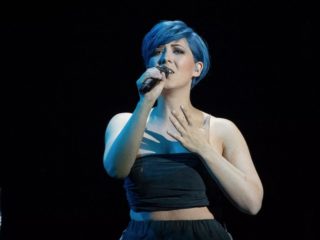 Elena is so sexy.l agree with it but she is not beautiful!!!Sabina,Eleftheria,?vi and the others much more beautiful than her.Just look at the first picture.She is looking horrible and she is so ugly in this picture

Romania: When It Comes to Mandinga, Haters Gonna Hate | WiwiBloggs.Com

[…] year’s Eurovision. They had it all. The beautiful girl (who gracefully accepted the title of Eurovision’s Next Top Model 2012). The catchy tune. The dance moves. And an extensive promotional campaign, both online and on the […]

In real eurovision web site the winner is Eleutheria Eleutheriou from Greece!!!!!!!

She was the best looking in the competition: less makeup than in the video and a feminine/pretty dress do wonders!

I am so glad for Elena and Mandinga!. I was upset that they were only on 12 place… They didn’t receive points for a better position although they have such a great success on internet. Strange way of voting, Europe!

The first time I saw Anggun perform, I honestly thought France sent a transgender or a drag queen to perform. Those verses were too low. But anyways, the fact that the elderly grandmas took the 7th spot, shows how trivial and flawed this poll was. Top 4 I can agree with but 5th would be Nina Zilli.

I’m so glad about this! 4 ENTM contests so far and Romanian women won 3 of them, woohoo <3

Wiwi, I met her personally last night in backstage! She is gorgeus! And she is not acting like a diva! But I think you met her too in Baku!