Planet Eurovision almost fell out of orbit on November 7 when the E.B.U. announced that the running order of Eurovision 2013 will not be decided by a draw. That’s right. Rather than having contestants pull a numbered ping pong ball out of a fish bowl, producers of the show will have the right to decide who goes first, who goes last, and who will get stuck somewhere in the middle.

Our friends at Eurovisionista rounded up some of the best tweets on the matter, and judging from that y’all want the rule change reversed. Here at WiwiBloggs.Com, we’re rather torn about the news.

Why it’s a good idea

Jan Ola Sand, the executive supervisor of the Eurovision Song Contest, made a good point when announcing the news. By controlling the running order, producers can ensure a more interesting show.

Wiwi nearly fell asleep at the start of Eurovision 2012. That’s because, as a result of the running order draw, four of the first five songs in the final were slowish. Engelbert Humperdinck, Compact Disco, Rona Nishliu and Maya Sar all in a group is seriously mind-numbing. Even more mind-numbing was the first semi-final, when we had to sit through Pernilla Karlsson’s “När Jag Blundar” after enduring Iris’s “Would You?” It was like doing a bag of opium but not having a bed to pass out on. Had producers had the power to decide the order, I doubt we would have had two boring songs in a row.

It’s also good for the contestants who actually have a shot of winning. Rewind to 2011. I seriously felt like most of the favourites performed among the first eight acts. Estonia’s upbeat Getter Jaani had to go after Sweden’s upbeat Eric Saade after Ireland’s upbeat Jedward. It was way too much fierce in a row. And all of them came after Bosnia’s Dino Merlin, Denmark’s A Friend in London and Hungary’s Kati Wolf—all of whom we (and the bookies) were obsessed with. Spreading them out would have let each of them shine a bit more. Ell & Nikki, who ultimately won, had the pleasure of performing after Nadine Beiler. Great voice. Terrible song.

Why it’s a bad idea

First, producers now have the power to influence who wins. Whether they want to admit it or not, the acts who go first have a greater likelihood of being forgotten as the night goes on. Countries who perform near the end are fresh in voters’ minds as they pick up their cell phones to cast their votes. (David, one of the Wiwibloggers, disagrees strongly. You can read his take here).

Second, the running order could influence how contestants actually perform. For instance, if you’re told you’re performing first, you will probably think, “I’m not total crap—they wouldn’t let me open the show. But I’m also not a real contender since they’re getting me out of the way so early.” That kind of thinking wouldn’t encourage Wiwi to sing his best.

Third, this opens the door for back-room deals and bribery. If I was a state broadcaster keen to host next year’s Eurovision, and if I had some cash to burn, I’d totally pay the producers off to let me perform 18th instead of second. What if Sweden decides it wants to take bloc voting to a whole new level, and allows all of the Scandinavian countries to perform 20th, 21st, 22nd and 23rd in the final? These are the scenarios folks will now be suspicious of.

Anyway, what do you think? Vote in our poll below and let us know! 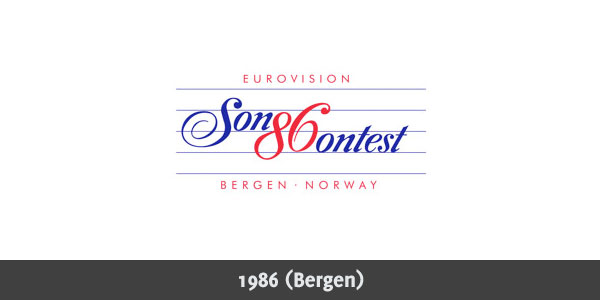 No matter where they put my favorite song, I’m still going to vote for that song. I’ve listened it for months now. I’ve compared it to all the other entries. Doesn’t matter if it performs first or in the middle or last. Doesn’t matter if its surrounded by similar or completely different sounding songs. If I think its the best song, I’ll vote for it. The random selection process really does nothing to make my favorite song even more favorite. If my favorite song randomly selected to perform 2nd, I’m still going to vote for it. I can say the… Read more »

I can understand that they want to put on a better show. The fact that songs performed in the second half of the show have a better chance at winning the contest might be true, but eventually it’s all about the winner. I think that no matter where you are drawn in the running order, you can win from any place. If Sweden wasn’t that popular this year, Russia would easily have won from place 6. Ukraine got lucky in 2012 with the draw and it’s a country with a lot of diaspora. But still the people didn’t vote that… Read more »

If this goes ahead as planned then backfires and goes all horribly wrong, then I fear this could trigger a massive exodus among Eurovision fans in the near future.

Everybody’s missing they’re doing it for the sake of showmance. To make this Eurovision the best the world has seen, we shouldn’t let song order to get in the way of SVT.
But to take this contest really about the top, they should also be able to decide the staging of each act, to make sure everything works fine. I’m even having thoughts about SVT choosing the song and singer for all countries. Just to make this perfect.

Short version: ABSOLUTELY NO, THANK YOU VERY MUCH.

This brings the danger of ‘X Factor’ or ‘Idol’ type production/editorial fixes to the Eurovision Song Contest – the kind of thing Christer has been doing for ages in MF. I wonder if there’s a connection…

The running order is one of the main parts of Eurovision. To lose the randomness of the running order diminishes the competition feel of it all and makes it more stale. Yes it is always awesome to start & finish on a good disco stomper and about 4th song in have the first ballad of the evening, but the fairness of the draw helps keep the contest fresh. I’ll admit, 2 years in a row starting off with a ballad has put the contest to a dreary start, but I am sure Engelbert relished the prospect of opening the ESC.… Read more »

I strongly agree with David.

Making it all about the running order diminishes the importance of the songs themselves. We shouldn’t underestimate the judgement of the public either. Most of the viewers who vote are informed about their choice and they certainly don’t base their decision on who goes first/last. Also, let’s not forget the importance of the jury votes…

>> David, one of the Team Wiwi bloggers, disagrees strongly

I would phrase it that the numbers disagree strongly (and thank you for the plug). Running order has no impact on finish position so yes, let the producers arrange it to present them in the best mix.