Sitting inside the Heineken Music Hall last Saturday during the Junior Eurovision final, Wiwi knew that Anastasiya Petryk had a lot going for her: a dress made out of bed sheets, an amazing hair crimper, and a voice deeper than the Black Sea. But what Wiwi missed by not having a television set was Anastasiya’s secret weapon: slow motion effects.

They were very effective. As young Anastasiya vogued and threw her arms back like she was possessed, the cameraman took slow motion stills, which captured her fuh-reak-ish looks and the rather eerie strobe lighting around her. That aspect was also very Loreen, who ended her ESC 2012 number “Euphoria” by jumping over back-up dancer using the same camera trick.

I can’t help but worry that Loreen and Anastasiya’s success will spark a craze for slow-mo at Eurovision. The last thing I want to see in Malmö next year is a delayed playback of a Romanian contestant squeezing his electro-accordion.

And while Wiwi understands that winning Eurovision is not merely about having the best song, but rather having the best act, he worries voters will start choosing acts for the accompanying camera effects rather than the singers’ voices and song. That fear doesn’t relate to Loreen or Anastasiya at all: Both of them are ridiculously talented. But further down the scoreboard we might see acts with the whole slow-mo-strobe-go gaining an edge through effects.

Anyway, here’s a side-by-side of Anastasiya and Loreen. Both work the wind machines and slow mo, but only Loreen stands on a box. 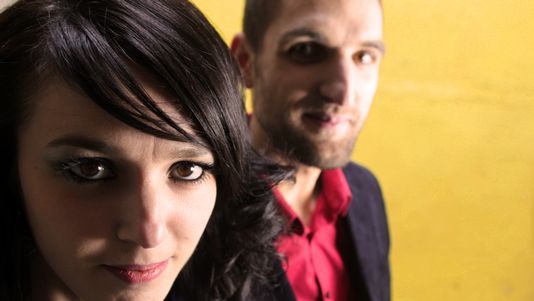 >> The last thing I want to see in Malmö next year is a delayed playback of a Romanian contestant squeezing his electro-accordion.

OMG, the only thing more painful than having an accordion in an act would be a slo-mo of it.