While performing at an ALS muscle disease benefit concert in Utrecht last night, Anouk was asked by fans to sing her Eurovision song “Birds”. She eventually caved in and sang this a capella snippet – flawlessly.

So, as previously suggested, it is a ballad. The lyrics are beautiful and haunting. They seem to be inspired by the numerous incidents in 2011 of dead birds falling from the sky, although we bet there is a deeper metaphor at play here:

Birds falling down the rooftops

Eurovision fans have reacted positively so far, with most predicting that the song will carry the Netherlands to the Eurovision Final, putting an end to the nation’s eight-year curse (admittedly self-made). But will it also win the whole thing and bring the song contest to Amsterdam? We wish, but it remains to be seen!

“Birds” will be released in its entirety by Dutch broadcaster TROS on 11 March.

What do you think? Could it be the “killer song” she threatened us with last September? And is producer Tore Johannson right, does it sound “too good for Eurovision”? And is it just us, or does she sound like Adele in this snippet? 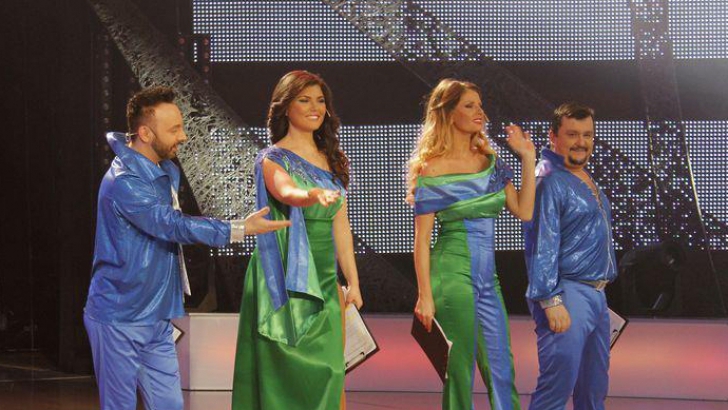 Anouk doesn’t sound like Adele, Adele sounds like Anouk. I do agree that they sound similar, but Anouk’s been making albums with her beautiful voice since 1997!

Anouk, she’s full of musicality. I can’t wait to hear the complete version.

Very promising stuff from Anouk so far! Looking forward to hearing the full version on the 11th March!

Only reading the lyrics, tells me this song will be stunning, and much more then only a ballad, can not wait until 11th march to hear the complete version with the instuments on it!

hmm, that’s so boring, to be honest…