This morning the Wiwi Jury—our in-house panel of music unprofessionals—caught a ferry to Ireland to review Ryan Dolan’s Eurovision song “Only Love Survives”. Did we want to eat him up like an Irish man wanted to eat during the potato famine? Or were we praying that the U.K. could drift a bit further from the Emerald Isle? Read on to find out…

Vebooboo:  Baku had Tooji, Malmö will have Ryan Dolan. Ryan and Tooji would be best friends – they could talk about their utter lack of vocal talent, and their love of a wide variety of women’s skincare products. Then they could get in bed together and talk about a whole lotta other things if you know what I mean. But while they would connect off-stage, Eurovision viewers will sadly not connect with the live version of this song.  Throw in Ivi Adamou, and we’ve got a wild party of great songs delivered woefully off-potential by atrocious vocals. I absolutely love the potential this song has…it’s the delivery I have a problem with.  The saving grace for Ryan is that Tooji and Ivi both made it to the Finals…the bad news is that they came in last and 16th, respectively. Deban: Ireland has won Eurovision seven times, more than any other country, including an unprecedented three consecutive victories in 1992, 1993 and 1994 – the most consecutive wins accumulated by a country to date. The decade also saw yet another victory in 1996 and two second place finishes in 1990, 1997 which gives Ireland the best overall performance by any country in the history of the Contest. When Ireland performs poorly like in 2012, they still pitch stars like Jedward who have a stable of hits in countries as far as Sweden, Russia and Korea. With that in mind, this year’s Eurosong is befitting for a country with a short history like San Marino. The entries were very weak, and it was clear from the start that Ryan Dolan was peddling in a one-man race.

Only Love Survives is pure brilliance! Sounds like Darren Hayes doing a throw back to the Ibiza days, this is bound to get the club floors packed across the Emerald Isle.. The lyrics have an anthemic feel to it, whilst the music arrangement belts a current vibe. If you liked it the first time, you’d love it on repeat listens.

HK Dick: Ireland had a good final this year with all five songs having potential. When I watched the winning song, I was too distracted by the drummers to pay too much attention to Ryan. So I listened again and just don’t get what the hype is about. Sure, it’s a decent enough pop tune but distinctly average and needs some serious oomph if Ireland want to do well.

Bogdan: Yes! This is what a winning Eurovision song sounds like. It is uplifting, it is complex, and superbly performed. It’s also very current, a club song that will look very good on the ESC stage, dominated this year by a bunch of wailing divas. Speaking of, the fact that a guy performs it is a plus. I wouldn’t give it 12 points for the lyrics, which are a bit nonsensical (“If it’s the end of time love will remain”? I don’t think, so honey), but nonetheless, it’s not a poem contest. And it’s a good tune. 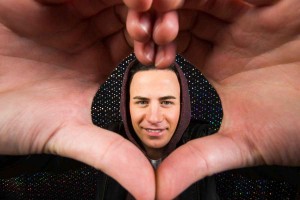 Alexander: After two years of Jedward, Ireland has delivered once again with Ryan Dolan’s “Only Love Survives”. While it’s a bit generic musically for a pop song (as a lot of this year’s entries are), and Ryan’s live performance could be improved, it’s overall still a great entry. It’s catchy, upbeat, and danceable. The superb lyrics are also deeper than a typical pop song, which distinguishes it from others. The message conveyed is cute, powerful, and positive all at the same time! 🙂

Mr Häggkvist: Well, i’m not very sure about this, the good thing is that the boy can sing, his voice is really good, but the song itself is a mix of a lot of different things that I would not associate, I think he’s trying to make an anthem, but to me in this case “Less is More”… Good but not great.

Wiwi: Ryan entreats us “to be love.” But if love sounds like this, Ima have to turn into hate or envy or greed or some other emotion that doesn’t require ear plugs. Ryan is great digitally re-mastered, but his live performance really lets him down. That’s a shame. This song has so much potential. I love the tribal drumming — very Emmelie de Forest. And unlike Slovenia’s entry, this dance number doesn’t feel that repetitive. Ireland should sail through to the final, but I don’t see many douze points coming Ryan’s way. Eurovision in Concert 2013: Send Us Your Questions! The Wiwi Jury reveals their favourites in Finland’s UMK 2021

Oh Ireland. Way too shrill for my taste, but catchy and enjoyable. Not in the same class as Johnny Logan, who elevated ESC from a joke singalong to a(potentially) serious song contest. Not yet back to the glory days…

Simple straight-to-the-heart lyrics, works everytime. Combining this with the drumming sounds and visuals hooks and we should be somewhere in the top 10.

The first song to get repeated and addictive listens this time. Not sure about the live version, but the studio version has great energy. I love the hearts too in the video… Very Eurovision. I want the performance to be outstanding and it to be a powerful entry on the night. I love a powerful entry on Eurovision night… One that goes for it and leaves you satisfied with a great big smug smile.

The song is lovely and full of life. HOWEVER, any time I hear him sing live, he is showing weaknesses. It will be in my top 10 if he can sing it well-enough on the night!

Personally, I have to admit this entry does not have “irish representation in eurovision” and it is just as much similar to entries pre-eurovision 2013 techno music. Perhaps irish wanted to experiment by sending techno entry, but for me this song is just boring and its main weapon is just high vibe the singer has and it ia just typical techno song. But maybe it will still qualify to final since european hold techno music in high regard, but certainly not a winner song imho.

This song is cheesy enough to make me squirm, and not in a good way. Plus his vocals are weak. One of my least favorite entries this year.

Yes, only love survives. Pity I have none of it for this entry. The song has so much potential (though somewhat dated) unfortunately the vocals are too weak.

@Harriet What you say about the typical Eurovision viewer is true. However, most of the people who follow this site are Eurovision fans, who would dig deeper into the entries and spend more time with them than a regular viewer. Considering the site’s audience, I think reviewing the songs more in-depth is perfectly appropriate.

While the verses are very strong, I do feel the chorus gets repetitive and it’s rather underwhelming. I do prefer the Slovenian chorus.

Even though I want Croatia to go through based on how I think that that song is going to be amazing live, Ireland seems to be the more realistic choice. Improve live and he’ll surely qualify.

I definitely wouldn’t throw in Ivi Adamou if I were you Vebooboo!
Yes, Ivi’s performance at Baku may not be the best vocally and despite the result, that hasn’t stopped “La La Love” from being a commercial success worldwide. Especially in Sweden where it’s officially certified double platinum.

As for Ryan Dolan, the song itself is great and has the potential to do well on both Eurovision and become a commercial hit. It’s the live performance that I’m concerned about.

@Xander: I was talking exclusively about the Eurovision Song Contest – apparently I didn’t make that clear, because I didn’t imagine it could be taken any other way in this context. My bad.

I do agree with most of what you’re saying, I just don’t think it’s valid for a first impression of a succession of a full 26 songs in this particular setting. And most viewers won’t get beyond that first impression before they pick up their phones to vote.

@Harriet You have a point that lyrics aren’t important for a one-time only Eurovision performance, especially to non-native English speakers. However, lyrics are a very important component to be considered in the quality of a song itself. People love the songs they do because of the message/feeling that is conveyed from it. That message/feeling could be verbal (via the lyrics) or vibrational (via the music)– oftentimes a combination of both. Think about it: the reason your favorite songs are your favorite is because you resonate with whatever message/feeling they are conveying. And oftentimes, the lyrics contribute to that. Furthermore, let’s… Read more »

I’m struggling to see how anyone can find this song catchy – I have listened to it as often as to most other entries, but I couldn’t sing it now if my life depended on it. It’s bland and forgettable, and Ryan is not good enough looking to make up for that. Plus, he’s not a superb singer, he needs a very good night to pull it off in Malmö. I wouldn’t miss this in the final at all, and for my own taste there aren’t 6 songs worse than this in his semi. Sadly my own taste and what… Read more »