I love Eurovision. I’m taking a week off to fly in from Colorado to watch it live. I read wiwibloggs daily. And I have not watched any of the acts.

Let’s go back to 2012. Everyone else on this blog already knew who was good, who was bad, and was comparing each of the entries to Loreen. Meanwhile, knowing nothing, I had a wondrous experience.

It started with Rambo Amadeus. WTF? Expecting something good, I instead see my dad wandering around the stage complaining about everything. Total shock because it was completely unexpected. And that’s part of what makes Eurovision Eurovision—some absolutely horrible disasters. But they need to be a surprise to be a shock.

And then Rona Nishliu. There’s a thin line between singing high notes and screaming and she blasted well over it. My dogs went running from the room with me right after them. Once again, not knowing what was coming made for a much larger shock. If I had heard it before I would have just muted the sound before she started.

As the first semi-final continued, I started to worry that it would be a repeat of 2011, nothing spectacular. Without knowing what was coming on Thursday I was left thinking that while Greece and Cyprus had nice songs, there might not be anything that was incredible. And for 2 days I was left wondering, hoping, despairing. The highs of joy are built on the lows of despair. And because I saw them for the first time, I initially discounted Lautar because the stage act was so hokey. So I got the experience of having the song grow on me during the contest. (La La Love grew on me over the course of the contest too.) So instead of watching the acts having already picked my favorites, I had songs that were moving up (and some down) until the very end.

And then we had the second semi-final. All of you watched it excited to see the top acts. I watched it hopeful that there would be better, but not knowing. And that meant that as each song started, I was begging that it be spectacular.

Then came the joy as I heard stellar performances. Zeljko Joksimovic and Kurt Calleja were both really good. And then Loreen…I had no knowledge of what was coming, no expectation other than Sweden usually had good performers. OMG! And I was in thrall. Totally mesmerized. And that can only happen when you see something for the first time with no expectation.

And so that’s it. Loreen has it won. And then shortly after Ott Lepland who also sang an absolutely beautiful song and with that another wondrous surprise as there were now two songs that were well beyond anything I expected. After Tuesday where I was just hoping for something really good, I now had two that were incredible. And then there was the final. Starting off with another train wreck. Yes I expected the UK to suck, but they reached new depths with Engelbert Humperdinck. And that had me wondering if any of the other big 5 + 1 would have something good. So with lowered expectations I waited to see the others. Which made for a very pleasant surprise from Anggun, Nina Zilli, and Sabina Babayeva. Unexpected and more enjoyable for that.

And then Pastora Soler sang. Like Loreen, not expecting anything and seeing something that transcended perfection, it was absolutely amazing. To think Loreen had it and then hear another act every bit as incredible, wow. But again, if I had heard her before, I would not have viewed it as in the bag for Loreen before hearing her. (Granted, it was in the bag for Loreen once the votes came in.)

So I read the blogs. And therefore I should know what’s coming right? Well sort-of. The blogs state unequivocally that Cezar is either going to win it or will be so bad that it will destroy Eurovision. And the articles about Alyona Lanskaya say that she either will win in the top 5 or is a talentless hack who’s only in because of rigged voting in Belarus (something that never ever happens in Belarus).

In other words, reading the blogs doesn’t give you any idea of what to expect. And so while the rest of you will be measuring each against the acts that are already your top picks, I’ll be seeing everything for the first time. And that makes for a much more enjoyable time. 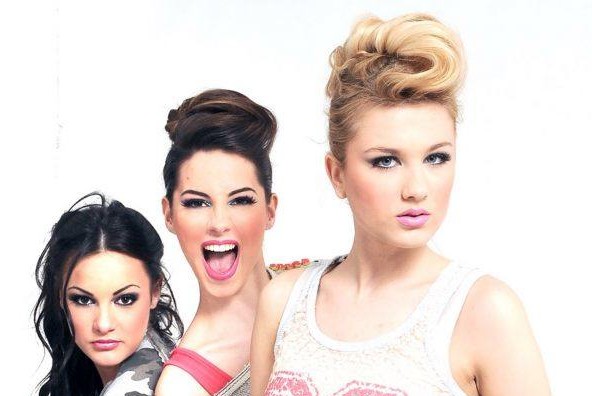 @Harriet I feel the same way! Usually I’m hyped up for the event before it occurs, but having heard all the entries and keeping up with the news, it’s not *as* enjoyable as I would hope (still enjoyable though). I’m doing the same as you–I won’t be watching the rehearsal videos 🙂

One has to admire your determination and strength of mind. I personally couldn’t do it. I like eurovision for the contest sake as the songs themselves tend to be a litle basic and immature, and back in the days when I didn’t watch the previews I remember I felt a bit bored with it all, as everything sounded too poor and similar to one another. I confused most entries after a while, didn’t know who was who, often had no idea who was receiving winning points, and in the end could only remember the winning song when it got on… Read more »

@wiwi – Yes it will be interesting in Malmo to see if I can avoid it. But the discussions about who’s going to win don’t spoil anything – because those opinions are so over the board (like the opinions about Rona).

I actually tried that this year – and failed miserably. 😀 I used to not even read blogs and so on before the ESC, I just loved to watch it every year. A few years ago I started reading blogs and fansites, but never listened to any of the songs except my own country’s and if something happened to be played on the radio (which was very, very rare). In 2011, I listened to a few songs, but not the whole lot. That changed last year when I knew most songs by heart before the first semi was under way,… Read more »

Guess we’ll be having your comments on this year’s songs next year then, when nobody cares anymore, lol.
You’re too conventional anyway, Rona was something else, you just failed to get it. I’ll give you a piece of good news though: there’s plenty of Pastoras singing this year, so you’ll be bound to have the greatest time of your life!

Rona Nishliu was a great singer! If you had read the translation from Albanian to English, she was actually trying to cry, without making it too obvious and putting it into a song. It was great stuff, if you ask me.

I usually don’t watch the previews or even the semi-finals. I’m a big fan but I love hearing the songs for the first time on the night. But I’m going to Malmo and I too could not help myself!

I will let you know France will win… I am just waiting to her and watch the results… I don’t even feel like watching the contest because I only like France and Austria, and Germany (well i love Cascada), UK, Albania is also good everything else is lameee. Although there are some other song that are ok..

Rona was not that awful like you make it seem. She was supposed to be crying there.

Im in Australia, and a lot of my friends do the same thing, they wont listen to the songs until the contest. Heading to it for the first time this year though I couldn’t help myself