Every year millions of women from Barcelona to Baku dream of becoming Eurovision’s Next Top Model and earning a coveted spot in the Top Model Hall of Fame. Although the road to the title is littered with shattered dreams and broken stilettos, twenty-six brave women entered the semi-finals of our contest on March 30. Along the way we had to say goodbye to ten women including Amandine Bourgeois, a French beauty who put the hero in heroine chic, and Bonnie Tyler, a Brit whose love of collagen and botox was surpassed only by her love of music. On April 28, the 16 remaining women entered the House of Wiwi to compete in the finals. Israel’s Moran Mazor and Norway’s Margaret Berger worked the hip-tastic mermaid silhouette. And the women of Moje 3 gave us the best in Balkan beauty, at one point occupying spots one, two, and three.

But in the end one woman proved that she, more than anyone, has the charisma and charm to succeed as an international superstar when all the music fades. After counting 18,441 votes in the semi-finals, and another 14,109 votes in the final, we are pleased to announce that Ukraine’s Zlata Ognevich is Eurovision’s Next Top Model 2013.

Serbia’s Sara Jovanovic and Belarus’ Alyona Lanskaya, our first and second runner-up, have also earned a spot in the Top Model Hall of Fame. There will be a private ceremony held in the House of Wiwi later this week. Below you can view the complete results along with some highlights of this year’s competition. We’ve also included a special Zlata Ognevich photo gallery so you can behold her beauty once more.

Congratulations, Zlata. You did it!

The team at wiwibloggs first fell in love with Zlata when we interviewed her live on Eurovision.tv. She talked about her love of cats, explained that she can hold her breath under water longer than a fish, and revealed that she doesn’t have time for a boyfriend. That’s because she was too busy using her skills as a classically trained ballerina to dance in a magical forest and to ride her pet unicorns in her official video of “Gravity”.

Our love of Zlata continued to grow after William and Vebooboo interviewed her at Eurovision in Concert in Amsterdam, and even more after we read about the professional boxers that love her and downloaded the official “Gravity” ringtone. By the time she gave us her health and beauty tips in Malmö, we couldn’t help but snap a few photos with this beauty, hoping that her glamour would rub off on us.

No, our camera doesn’t deceive you. Zlata really does look like that. From her flawless skin to her demure-yet-sexy dress, she’s working it from head to toe. Here’s our brief interview with her ahead of the first semi-final, where she says that your support in Eurovision’s Next Top Model has made her shy. She really is as friendly as you think. How else could she get those wild unicorns in her official video to play with her?!

Our first runner-up is Miss Sara Jovanovic. We first met this beauty, who is of mixed Italian-Serbian heritage, during a live chat on Eurovision.tv. She impressed us with her striking beauty, but also with her down-to-earth manner.

One afternoon during Eurovision we joined the Serbian delegation for a Balkans Party hosted outside of Malmö by 2007 Eurovision winner Marija Serifovic. Sara wowed us with her rendition of Amy Winehouse’s “Valerie”. It was a reminder that sometimes we’re guilty of talking about her looks too much. The reality is that she has amazing, amazing vocals too. We’re already hoping she gives Eurovision another shot in the future. We need to see her sultry dance moves in the grand final!

Team Wiwi also caught up with all of Moje 3 after their second dress rehearsal. They gave us advice on how to find a man and told us what true sisterhood is all about. You can watch our interview with Sara—and her lovely and talented friends Mirna Radulovic and Nevena Bozovic—below. (Note: The women of Moje 3 did very well in our search for Eurovision’s Next Top Model 2013. Nevena finished fourth and Mirna fifth).

The third and final woman who will be inducted into the Eurovision’s Next Top Model Hall of Fame is Miss Alyona Lanskaya from Belarus. The ultimate Eurovision diva, she tantalized us by jumping out of a disco ball on stage. We’d never seen that trick, and give her mad props for pulling such a coup! Alyona, who has lived through the tabloid headlines and come out a stronger woman, made quite the impression at Eurovision. She passed out buckets of chocolate to journalists and still had the energy to throw down at her very own EuroClub party. That’s energy. In the video interview below, Alyona tells Wiwi about the importance of washing her hair and why she identifies with the sexy, sultry sound of her ESC song “Solayoh”.

Another edition of Eurovision’s Next Top Model has come to an end, but the team at wiwibloggs look forward to celebrating the beauty of the women of Eurovision with you again next year. As for now, stay tuned for the latest Eurovision news and gossip! And be sure to visit the Top Model Hall of Fame. Love, Team Wiwi 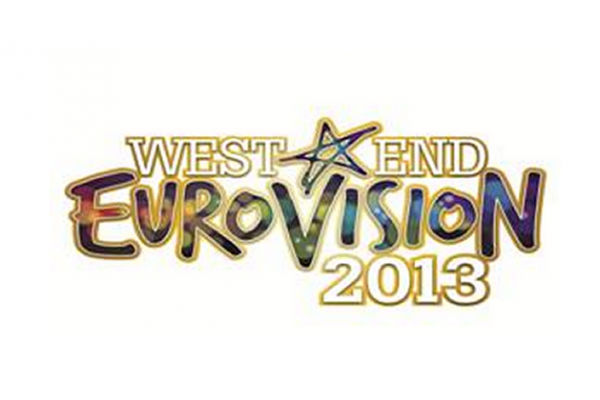 Editorial: Should Artists Give Eurovision A Second (Or Third) Try?

This poll was a joke. The very beautiful Emmelie de forest only number 10! After several girls who are not really pretty at all. Emmelie was probably being bashed here because she was the Winner.

yes,zlata is so beautiful…..and where is moldova? or was Aliona so bad looking? Still surprised Russia is on the list….what did Dina have to do with a top-model? For Super-Size women maybe……

Zlata is the best without doubt, she is beautiful outside and inside, she has a heart of gold… I met her in Malmö and It was one of the best moments there =)

Alyona Lanskaya should have won, so so sexy!

Totally adorable Zlata!!! she is so unique,cause on all these photos she looks different but always stunning!!! Is this possible????! Professional photographers will confirm that this girl is real top-model cause all her images are not similar to each other and are totally beautiful! But even this fact is not main… Zlata Ognevich is beautiful as person with beautiful soul. Thank You, Wiwi!!! for your love and support

Yesss!!She deserve to it!! Alyona also deserves top 3 cause her beauty is absolutely brilliant!! She shines!
Zlata hasn’t serbian blood!! She has born in russia and her parents are ukrainian at all!!!

So many beautiful women! And as you know Zlata has Serbian blood just like Mirna and Sara and Nevena, so go Serbian women 🙂 I wonder if Alyona has some Serbian too? haha.

I really loved the women from Moje 3. They are pretty, but they could SING so so well. I am still upset they didn’t make the final. Congratulations to all the women, but especially Sara!!! Eurovision’s Next Top Model 2014? 🙂

Voted for Zlata, Margaret and Birgit.

The women’s contest was really strong this year. Lots of great contenders. The men’s contest….LOL. It is slim-pickings. I’ll go for Azerbaijan because of the abs 🙂 Anyway, congrats ladies!!!

NOOOOO. I needed Estonia’s Birgit to win! If this was a face contest it would be hers! She is the face of ESC ’13!!!

The top 3 are all very beautiful! Congratulations! The best women won 🙂

congrats! voted for her and proud of it!