ESDM’s uncomfortable homecoming reflected Spain’s disappointment over the group’s poor performance at Eurovision. Now rumours are swirling that their embarassing finish will lead to the re-launch of Operación Triunfo, giving the nation hope it can once again find an act worthy of flying the Spanish flag at Eurovision.

In 2002 producers at Spain’s public service broadcaster TVE launched the reality singing contest Operación Triunfo. It quickly became the most watched show in the history of TVE (and subsequently spawned the Star Academy franchise around the world). The prize was the opportunity to represent Spain at Eurovision in Tallin. Rosa Lopez, the winner, and David Bisbal and David Bustamante, the runners-up, became household names throughout the country.

Following those contestants over two months created a major bond between viewers and Rosa. In May of that year, Eurovision 2002 became the most watched TV programme in Spanish history (excluding football broadcasts) with 13 million viewers. The success of Operación Triunfo continued in 2003 and 2004. But in 2005 the private channel Telecinco bought the rights to Operación Triunfo, which was eventually cancelled in 2011 due to low viewing figures following a change in format (which made it more of a reality show and less of a singing contest).

The rumours of a “Operación Triunfo” re-launch now seem poised to become a reality. The state broadcaster wants to unite Spain by taking viewers on a journey to discover the perfect entry for the country. Perhaps it will be possible to gather nearly half of the Spanish population in front of their televisions again next May. Editorial: How to Best Enjoy Eurovision 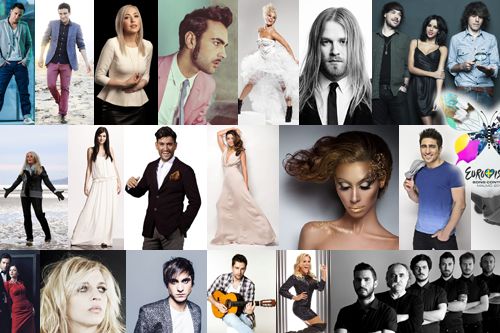 Poll: Which Eurovision 2013 Song Are You Still Listening To?