Do you remember all the speculation and accusations as to what countries were and weren’t spending on their respective bids to win the Eurovision? Are you still wondering how much a winning entry actually costs? Well, I have the answer … sort of. I can in fact reveal to you how much it costs to come bottom of the table in the grand final.

Last week, following a Freedom of Information request, broadcaster RTÉ released the overall costs of Ireland’s participation in this year’s competition. In total they spent €207,754, which can be broken down as follows:

Inevitably, there have been complaints, especially since RTÉ reportedly has debts of around €60 million. Certain opposition politicians have branded the expenditure on the competition as excessive while the tabloids have quipped that each point received by Ireland cost RTÉ €40,000. Meanwhile, RTÉ have defended the cost: “The Eurovision Song Contest represents excellent value for money for RTE and for Irish television licence fee payers”. So did Ireland spend too much on the competition? Personally I don’t think so. I would even suggest that RTÉ are 100% correct when they say that the contest was excellent value for money. Just look at what they got in return.  Between the Late Late Show, the two semis and the grand final, Eurovision resulted in almost 10 hours of television. In addition the first semi and the final were broadcast on RTÉ Radio 1 while “The Mooney Show” also had a pre-selection special, which brings radio coverage to at least 6 hours. Add in all the news reports and features you could probably say that RTÉ got approximately 20 hours of programming. Suddenly €200k doesn’t seem all that much, especially when you consider that just shy of a million viewers tuned in for the Late Late and the semis, while almost 2 million watched the final – quite an achievement for a country with a population of only 4.5 million.

Such high viewing figures would have attracted big advertising budgets, which means lots of money for RTÉ. I would be very surprised if RTÉ did not ultimately make a healthy profit from the whole enterprise, after all, why would they  continue to enter year after year if they were losing money? It is also worth noting that the spend on the Eurovision compares favourably with RTÉ’s expenditure on other programming. For instance the station spent €167,000 on coverage of the recent papal elections, while up until this year they annually spent up on €1.3million for deferred highlights of Premier League football. The popular soap opera “Fair City” costs almost €11 million a year.

RTÉ also pointed out that the cost of sending Ireland’s entry to the Eurovision Song contest is down 31.5pc on 2012, when they spent €254,000. But is this a good thing? While some viewers may have appreciated the cuts in the backing dancers’ clothing budgets, as a fan I can’t help but feel that they should be spending more, particularly on the Eurosong selection programme, which in its current format appears cheap and tacky. But then again, perhaps throwing money at the situation won’t solve anything. Maybe it’s a case of spending the money more wisely. For instance, Romania had a similar budget at this year’s contest, yet their production values appeared to be considerably higher. It’s a tough one. What do you guys think? 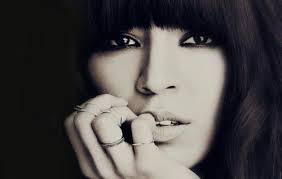 Word of warning – make sure to credit the EBU Photographer’s name in the picture
or they will reprimand your article if they see it. Speaking from experience.