The EBU and Eurovision chief Jan Ola Sand have been seriously shaken by the allegations of cheating and vote buying at Eurovision and are ramping up their investigation, according to newspaper reports emerging from Sweden.

The situation has struck a real nerve and created something of a Sand-storm. “Of course I’m pissed,” he told Sweden’s Aftonbladet newspaper. “It’s terribly annoying that someone [may be] trying to buy votes.”

Rumours have swirled for years that some countries attempt to buy votes, and they usually involve a p.r. company acting as the dirty middle man. There was finger-pointing even before the introduction of televoting: jury members supposedly exchanged 12-pointers in the hallways and backrooms of the Arena.

But following the contest in Malmö this year the EBU received the first piece of compelling—though still unproven—evidence when Lithuanian reporters went undercover and met with a man claiming to buy votes on behalf of Azerbaijan. He detailed the dark art of securing votes and claimed to operate in 15 countries. We must stress that the authenticity of the tape has not been independently verified.

Sand also told the paper that the EBU has committed substantial resources to its ongoing investigation.

Svante Stockselius—the Swedish TV producer who reinvigorated Melodifestivalen and oversaw the expansion of Eurovision before Sand—warns that action will be swift and harsh if any wrongdoing is uncovered. “The EBU is not afraid to buck the member countries,” he says. “They can be tough on television companies if needed.”

To read all of our coverage of the Eurovision voting scandal, click here. 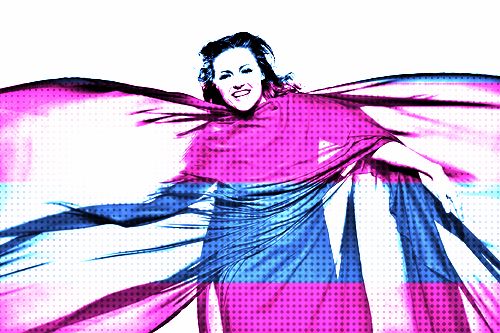 Good Jan-Ola. Now get to work and clean up the mess.

I’m sorry but I don’t get it. What kind of answer ‘I’m pissed’ is? Excuse me, but you are resposible for a big international tv project with usually over 40 countries involved and millions of viewers all around the world. We don’t want to know someone’s private opinion but just official statements from EBU. It’s not really professional though

This is a joke. EBU is using this because they don’t want people to talk about the huge scandal of the way the Danish and Swedish juries voted and about not publishing the official results.
There is NO story. A video that shows two unknown man, talking to other two unknown man and saying that they want to buy votes for Azerbaijan. come one. I can make the same video and have two men saying “We are buying votes for Denmark”. What is EBU going to say in that case?

Even if some countries manipulated public votes… to get the 12 points it means that they have bought the juries as well. In fact juries are easiest to corrupt and this is more true with 5 person juries – maybe 11 person (or more) is better as it gives less power to one juror. And juries should vote the same day as public. Even if they base their judgement on what they heard one day before each juror keeps his notes until sometime during the live show.

Azerbaijan demanded to publish the results. Who does not support Azerbaijan in this demand is not credible. You only want to divert attention from the scams of Swedes and Germans. Am I right?