Ah, Greece! The mighty Hellenic Republic! Home to some of the greatest architectural wonders of the world, the Olympic Games and Democracy. And as if that weren’t enough, annoyingly, they’re also rather good at Eurovision. The Athens Eurovision Boot Camp has churned out consistently high-performing recruits, barring the unfortunate exception of Eleftheria Eleftheriou and through a combination of rigorous head-shaking, pleasing ethnic undertones and the occasional bagpipe or raspy rapper, they’ve secured 6 back-to-back qualifications and 5 Top 10 appearances. The economy might be in tatters, but that hasn’t stopped Athens delivering repeated quality on the Eurovision stage. With a colossal haul of 18 Sets of 12 Points, the Greeks have averaged 3 perfect scores per contest and averaged an 8th Place finish every year since Belgrade. Not bad at all!

If you had a Euro for everytime Eleftheria huskily cried ‘oh’ in 2012 how many would you have? 74.

How many uncomfortable faces did Loukas Giorkas pull while performing ‘Watch My Dance’? 14 or 15 depending on your definition of uncomfortable.

Once you tally up all the time Kalomira’s spends talking about herself in ‘Secret Combination’ how much of the song is left to talk about the boy trying to wrap his head around her? About 15 seconds somewhere in the middle, blink and you’ll miss it though.

How big was the electricity bill for Sakis Rouvas’s stapler from 2009? Sufficiently large to give the Greek Energy Minister a heart attack.

What an entry! Truly I adore this song. It’s probably among Greece’s best ever entries, if not pushing for the top-spot on its own. There’s the gorgeous dance production, replete with charming ethnic undertones and a conservative but on point vocal from Kalomira herself. She also had a killer routine on the night that was hilarious, intriguing and sexy. Girl was on fire in Belgrade that night! I also have to give full credit to Greece for not shying away from taking the message of the song literally. The pop-up book was amazing. Credit to the backing dancers too, they were earning their keep way before backflips were the in thing at Eurovision, here’s looking at you Anggun.

Most Memorable Lyric: Boy you have to try it hard, to win a destination in the centre of my heart. So you might not get on the path to her heart, but you’ll be on the map at the centre of it. She’s a real tease.

This is like the Greek Head of Delegation received a drunken description of Helena Paparizou and Kalomira’s performances, wrote it down on a restaurant napkin and then for good measure asked the songwriter to turn up the repetition in the song by a factor of about a million! Kalomira’s head-shaking was crazy enough but Eleftheria does it every few seconds. She’s also pinched Helena Paparizou’s traditional Greek dancing but ditched Kalomira’s longer dress in favour of sticking to the super-minidress. Being brutally honest the vocal’s a bit of mess and the superb choreography can’t rescue that, especially where the jury’s concerned. I should also point out though I adored the song and Eleftheria, and her placing in the Semi-Final at 4th was far more representative of the merits of the song.

Most Memorable Lyric: Over and over, I’m falling. Far be it from me to comment on someone’s clumsiness Eleftheria but you didn’t fall over once in Baku. Just admit you have perfect balance and all will be well!

Katie Wilson: My favourite was Koza Mostra. Hands down. It’s an annoyingly catchy song with the easiest chorus to sing along to. I constantly play it on my iPod, and always seem to end up doing some crazy Greek dance whenever I hear it. The lyrics in Greek mixed with the absolute craziness made it really cool. Definitely one of the best songs of 2013 that deserved the top 10 placing that it got, and the best and most memorable entry from Greece. My least favourite was 2011’s entry “Watch My Dance” because I still don’t understand what was meant to be happening. It was like the “rapper”, the dancers and the background belonged to three different performances and they didn’t mix well at all. I quite liked the traditional backdrop and the dancers were cool too, but the song was awful! The rapper could not rap, he could grunt. I pitied the singer who tried, and failed, to save the performance after that awful rapper.

Zach Thomas: The best is of course Kalomira! “Secret Combination” is the prime example of how to do ethnic pop correctly, it boasts good beats with ethnic flare! Watch My Dance on the other hand…UGH. Loukas is a looker, but the song was boring and that rap wasn’t hood at all. Stereo Mike just looked awkward. Props for singing in Greek though.

James Puchowski: Greece has always been one of those nations which I love to hate, mostly when it comes to what they send us. They like a show and a big performance and some of their performers have great personalitits or the smoothest chest in the world ever – but who are they trying to kid when the songs they send are just godawful? I really enjoyed OPA! and Alcohol is Free because at least there was a bit of uniqueness and culture, but, I don’t think they have been varied enough. Considering the fact that they have lost their national broadcaster, they might do the most un-WiwiBloggs like thing and send a smooth classic ballad to save costs; I’d personally like to see that. Because then at least we’ll know what exact role Greece is meant to play in the Contest. Thus far, they’ve been the equivalent of tea-time cruise entertainment.

Wiwi: I know my Secret Combination and it’s K-A-L-O-M-I-R-A! This New York beauty gave us straight SEX on stage. When she broke it down with the aggressive thrusting in the bridge, I almost forgot about the cheap inflatable background. From the surprised costume change to the Cleopatra-esque entrance, I cannot get enough of this. In a less competitive year she could have won. My honorable mention goes to Eleftheria Eleftheriou. She proved Greece’s economic downturn wasn’t an excuse to stop the party. Any woman who is willing to shake her thing in front of a giant clam deserves 12 points! Greece essentially sends the same song every year, so it’s difficult for me to choose my least favourite. But if pushed, it has to be “Alcohol is Free”. I like the party vibe, but this felt a bit gimmicky.

So what do y’all think? Has Sakis Rouvas’s stationery been unfairly overlooked? Do you feel the urge to pump a fist in the air and yell ‘OPA!’ ? Was Eleftheria robbed of the Top 10 in 2012 by the ever present divine intervention of the juries? Comment below! 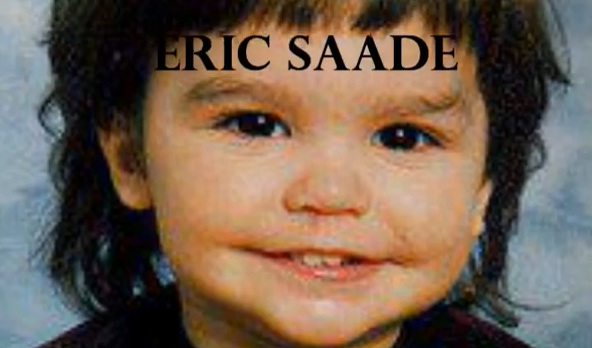 Jedward to Star in “Sharknado 2”

2008 (Kalomira, ‘Secret Combination’) – My favourite Greek entry ever. Loved the production, the Greek influence, vocals, lyrics, everything, it was just amazing. And definitely better than ‘Believe’. It’s one of the few Greek entries I actually like. 2009 (Sakis Rouvas, ‘This Is Our Night’) – This song annoyed me to no end. Everything about it, including his all white outfit, mimicking the previous year’s winner Dima Bilan, just rubbed me the wrong way. It reminded me of a singer from the 1980s desperately wanting to make a comeback. 2010 (Giorgos Alkaios & Friends, ‘OPA’) – Agh, another annoying song… Read more »

2008, 2009: Boooooo. Sakis with one of the cheesiest performances ever, and I never really cared for Kalomira.
2010: Still wondering what Giorgos does with these friends of his!
2011: 12 points. This one was amazing. Stereo Mike’s time in the UK didn’t exactly lend him to perfect English, but what else is new in Eurovision?
2012: Song was great, semifinal performance was great, final performance shaky and unimpressive.
2013: Amazing performance despite a lousy, repetitive song. They really pulled this one off and totally deserved their top 10 placing.

I most of the time like what Greece sends, albeit it can get pretty overrated or it may not stand out. They do have some of the best ethnic sounds available; they won the lottery in that. When they send stuff in Greek, it’s just plain amazing. I really liked OPA and Alcohol it’s free (the latter being the absolute right decision for what was offered) Aphrodisiac got what it deserved (it deserved even lower IMO). Yes it’s upbeat and fun, but Solayoh sounds more elaborate in comparison. It’s just so cheap-sounding and doesn’t even try to conceal it (A… Read more »

The Greek songs are incredible !!!!!

@Charles I have the utmost respect for the years gone by in the Contest, but the point of this series of Country Profiles is that it provides a contemporary and quick look at country’s participation recently in the Eurovision Song Contest so that’s fresh in most people’s minds and people should be able to comment on it and discuss more easily than if we were to talk about countries in Eurovision since 1956. It’s only meant to be light thing, not a serious effort by me to wipe out the past six decades of the Contest…

@ Angus: But you wouldn’t be loving Eurovision today hadn’t it been born in 1956. I found this particulary neglective. That may be not your intention but it gives that impression. Not only on this website but literally almost every single fansite on ESC insists on the last 13 years of Eurovision as if the previous 45 were totally irrelevant. We should be more careful about that. This whole circus didn’t start in 2000-ish … it would be respectful and more dignifying if every now and then bits and pieces of commentary on previous decades could surface here (there was… Read more »

Kalomira – Secret combination,Giorgos Alkaios & Friends with ‘OPA Eleftheria Eleftheriou with ‘Aphrodisiac’ mmmmm these are my favourites. Good luck Greece. But 2013 was terrible :/

@Charles the point is it focuses upon the recent history of the country in the Contest, not over their entire participation…

I found this rather intriguing how for an article about the profile of a country in ESC, there is no information whatsoever on the true history of Greece in Eurovision. Everything is summed up to the “over the top” productions that this country insists in putting on stage year after year (God know now how they managed to afford everything considering the miserable state they have been for the last two or three years) since Saki Rouvas shake shake shake from 2004. From that year on … nobody literally cares for whatever Greece did before. I agree: top over excessive… Read more »

2008 – Although Secret Combination was their best scoring entry since 2008, it’s not my favourite. Honestly 3rd place feels a bit over rated for me. 2009 – I really liked Sakis, I thought his live performance was great. 2010 – Opa is my least favourite Greek entry since 2008 2011 – Oh I absolutely loved Loukas and I think Watch My Dance was an experiment that worked, hope to see more entries like this in the future not just from Greece. 2012 – Eleftheria in my opinion was underrated, although it didn’t deserve top 10, a place between 10… Read more »

“Alcohol is Free,” then “Secret Combination.”

I supported the “Watch My Dance” experiment in principle, but the reality was dismal.

yeaaa!!That’s my country!! Love all greek entries <3!! My favourite of course is kalomira!!! My secret combination i really love this song!!! I would like to see kalomira again back in eurovision stage representing greece!!!