Anna Bergendahl, Sweden’s 2010 Eurovision representative, is back with a new single entitled ‘I Hate New York’.  Released around 2 weeks ago, it’s not her best effort, but it may be one of her most honest. The opening lyrics are ‘I Hate New York’. It seems like she wants to get her point across from the start!

We suspect she hates Oslo more. As you’ll remember, it was there she became the first and only Swedish Eurovision contestant to fail to make the final.

We also suspect that there will be at least one person that hates Anna for hating New York. Yes, Miss Estonia 2011 Getter Jaani, who sang “Rockefeller Street” at Eurovision. She’s got her own New York song out. It’s called ‘NYC Taxi.’ ‘I Hate New York’ is more of a ballad and ‘NYC Taxi’ is all fun, fun, fun.

Which song do you prefer? Listen to both of them below and then vote in our poll! Then let us know what you think in the comments section. Jedward to Star in “Sharknado 2” 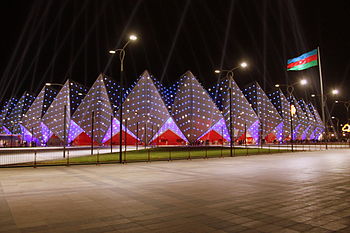 Editorial: Why Malmö and Dusseldorf eclipse Baku’s Hosting in 2012

Being I was born, raised and live in NYC, I can only vote one way.

The “I Hate New York” song sounds like a bit of a geography lesson about the city. Even Getter’s does a bit! Getter’s songs are more enjoyable, even if her view on NYC is a bit pretentious, but it comes across as good fun.

Next time I go to New York to see my cousins, I’m playing these two songs.

Getter is a pure star. I love Getter. That magic trick she did, hands down, deserved Top 5 alone, as well as the staging being eye catching, great choreography and a great song.

Both ladies were hard done by at their Eurovision contests – Getter deserved a much much higher position in the 2011 Final while Anna, for me, produced one of the best Swedish entries in years and deserved to make it out of her semi final, even though that was probably the greatest “group of death” Eurovision semi to date. On this contest, I’ve got to go with Getter. Cracking pop tune. “…yellow taxi just keeps rolling on on…”