Earlier this morning Jedward appeared on BBC Breakfast—the BBC’s flagship morning news program—to discuss their new sound and their new hair style. We’ve compiled some of their best quotes for you to enjoy. It can be hard to transcribe when they talk—they talk fast, y’all—but we tried anyway. Unfortunately I cannot tell them apart on TV, so I’m not attributing quotes to the individual brothers. Here goes.

UPDATE: Someone has kindly uploaded the video:

“I think it’s awesome always to be in the U.K. because we always get such a warm welcome from fans. There are fans outside right now. We love updating them on what we’re doing….one year we could be performing for Barack Obama…next year we have an album coming out!”

Why did you change your hair?

“We still have Jedward hair. We’re always changing our hair. We have flat hair today. We could have spiky hair tomorrow. We don’t want to be predictable.”

“I think it’s cool to be spontaneous and do things beyond our hair.”

Our viewers want to know: Will you be touring Leeds, Essex, Germany, so many places?

“We’re touring the U.K. We’re doing dates down south. But we’d like our fans in the UK to travel down to those dates. There is huge demand for us to tour in Asia, Canada….”

“My favourite song would have to be “Luminous”. When people hear it they think it’s David Guetta.”

“The thing about our album is everything [on it] is totally different….Our music is at a whole other level.”

Will you play your violin on tour?

“John taught himself on YouTube. He went on and learned all these songs.”

“I got the approval from Ed Sheeran that I’m good!”

Do you write your own songs?

“I have wrote so many songs. Some people get co-writers, but I wrote all the verses and the books.”

Excited for your third season of Jedward’s Big Adventures?

“Basically we had a series called Jedward’s Big Adventures and the first season there were only five episodes. But because the ratings were so high we’re going to have 10 episodes [for the third season].”

The One Direction Song “Little Things.” And “Hey There Delilah.”

“My ambition in life is to never put a limit on..and say, ‘Oh, yeah, we’re great.’ We always want to do more and be better. Some bands are like, ‘What do we next?’ But John and I can do anything. We’re brothers. We’re never going to split up!”

“The shoes I’m wearing right now. A fan made them and brought them to a concert.”

“Our fans are awesome. They do amazing drawings of us.” 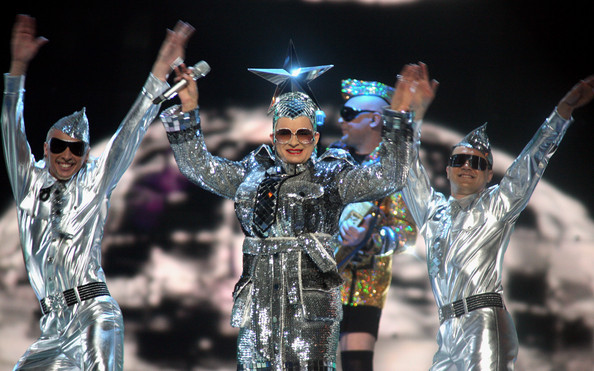 I love you guys 🙂

Wayyyy too fast for me to understand.