Out of all of Ireland’s Eurovision triumphs, Eimear Quinn’s win with “The Voice” is my favourite. So, 17 years after her victory in Norway, I’m delighted to report that Eimear has teamed up with some of Ireland’s finest female vocalists to record another Celtic themed ballad – “The Fair, Fair Land”.

The song which is being released in conjunction with RTÉ’s “Big Music Week” was performed for the first time on “The Late Late Show” last Friday. Eimear, who looked stunning as always, sang the opening verse. Her vocals were as strong as ever, but unlike at Eurovision she was not the sole star. Marianne Knight, Nono Madolo and Celine Byrne gave equally powerful performances, resulting in a rousing finale as all 4 women sang in unison. The ladies were accompanied by the RTÉ Concert Orchestra and the UCD Choral Scholars.

Certain readers (I won’t name names but you know who you are) have bemoaned the lack of quality and depth in much of the recent output by Eurovision stars. Fortunately, such an accusation cannot be laid at this ode to Ireland, which host Ryan Tubridy introduced as:

This is a real treat I have to say. It’s a beautiful song for this beautiful country of ours … You’ll enjoy this.

It’s hardly surprising. Not only are the vocalists and instrumentalists top class but the song itself is written by Brendan Graham, the man responsible for two Eurovision winners – “Rock ‘n’ Roll Kids” and “The Voice”, as well as the worldwide smash “You Raise Me Up“.

The song is available to download from iTunes, with all proceeds going to Barnardos Ireland. Hopefully, Eimear and the ensemble will be able to follow in Johnny Logan’s recent footsteps and scale the upper end of the Irish charts. What do y’all think? 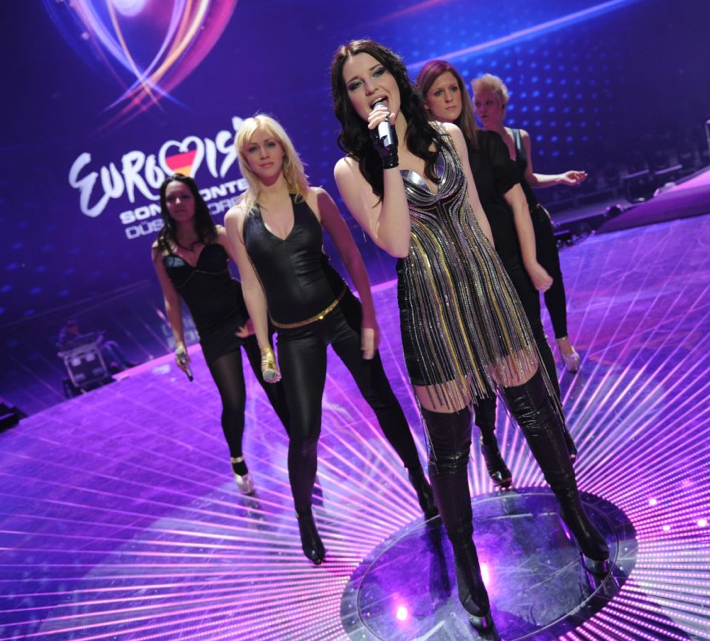 Maja Keuc: “I am not the Slovenian Christina Aguilera!”

Eurovision in China: No Lesbian Kiss for CCTV-15 Broadcast

what was the Irish title for the melody now used in The Fair Fair Land?

Have you ever heard The Taoiseach’s Salute played at Croke Park on All Ireland Final day? It’s the same melody.

This is a good example of ethnic song. It probably appeals a lot for the North-Western Europe maybe to the sense of patriotism. Eastern Europe has different traditional songs, Southern Europe yet another and in some countries of Europe traditional songs are even influenced by Arabic music. An overwhelming majority of North-Westerners don’t like other ethnic songs, some go to the point of hating them. And this goes reciprocal. Before the 1990 the vast majority of Eurovision music was North Western with only very few countries like Italy, Greece, Spain, Portugal, Israel, Yugoslavia that were somehow exotic. Now the competition… Read more »

Eimear was one of only two Irish winning artists I’ve liked (along with Dana). “The Voice” is an absolutely beautiful song and this performance is no different.

Eimear had what I consider to be one of Ireland’s most acomplished irish wins at ESC but sadly came in the wrong year I would say. The feeling of being already tired of Ireland in ESC at the time was more than overwhelming and suffocating even for for the irish as well. Those 3 wins in a row damaged a lot to the competition even if the music quality was very decent and very respectful though many will look at the 90s and say “booring nothing happens”. I always preferred Elisabeth Andreassen’s Evighet and I still do but “The Voice”… Read more »