Sigh. Eurovision 2014 in Denmark is so close yet so far. In our endless day dreaming we’re now wondering whether the off-season would be a bit better if we knew Lebanon was “coming back” to Eurovision. Let me get the back story straight for all y’all that don’t know.

Lebanon wanted to take part in the ESC 2005, held in Kiev, Ukraine. They internally selected Aline Lahoud for the contest in Kiev. But in December they decided to withdraw due to ‘financial-problems’, denying reports that it was because Israel were taking part in ESC 2005. Five days later, the EBU talked with Lebanon and they decided to say. In February, they decided that Aline Lahoud would sing “Quand tout s’enfuit”, a beautiful French chanson. The pretty song gave way to some ugly politics. In March Lebanon revelaed that it “may block Israel’s performance” due to the fact any Israeli television program is banned in Lebanon. That forced their withdrawal and led to a three-year ban.

Since then many artists, most famously Mika, have hinted strongly that they would represent Lebanon. But none have. The country’s ban has ended so Beirut are now allowed to play with the rest of us again.

Lebanon has a great music scene which remains somewhat undiscovered by westeners. From pop that smacks of the United Kingdom or the United States (that was a compliment) to ballads that could make your heart melt, Lebanon can bring it.

So what do you think? Would you like Lebanon ‘back’ in the Eurovision? What artists should they send if they join us? We want your comments people! 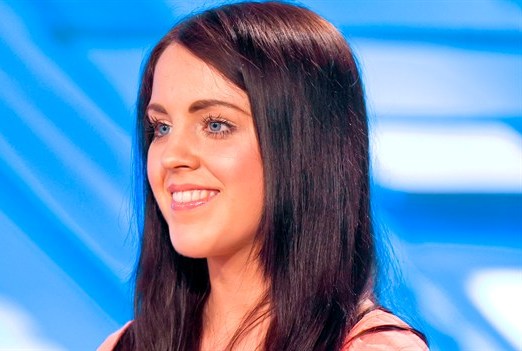 If israel withdrow for 2015 (rumors) , maybe Lebanon will “back”

‘In March Lebanon revelaed that it “may block Israel’s performance” due to the fact any Israeli television program is banned in Lebanon. That forced their withdrawal and led to a three-year ban.’ Lebanon got 3 year ban only because of ‘may block Israel’s performance’! Ridiculous isn’t it? However, the key word here ofc. Israel. Well, in Azerbaijan’s nasty 2006 ‘interrogation case’ (omg, they got a nasty esc history i must say) the key word this time was the barbarous Azerbaijan. The EBU turn a blind eye on the known case of azeri citizens being summoned by their national security services… Read more »

Lebanon has a beautiful culture but a bad government. Still, they won’t be as bad as Azerbaijan who has no culture (at least that we know of, since all their songs have been purchased from swedes or greeks), and a bad government.

I’d so love to see them at the Eurovision stage. But I’m afraid that will not happen for the same reason they withdraw in 2005. 🙁

Basically it would simply be ILLEGAL for Lebanon to do so:
_ Israel will be in Eurovision 2014
_ There is a specific law disallowing the recognition of Israel by any means
_ A country can only participate if it fully broadcasts all entries
In the end, you’ll have to wait until Israel withdraws from Eurovision. Or the Arab League do something to make all its members recognize Israel.

I would be thrilled. Lebanon is a wonderful country with an amazing culture and I would love to learn more about their music.

The more, the merrier!

Lebanon would be an awesome addition on many counts, but have we any reason to hope?

it’d be cool to have an arab representation in eurovision. lebanon is unique in the arab world because it’s pretty secular and the people there are very multi-ethnic. i’m excited to see what they can bring to the table!

I would love it if the Arabs came! Personally, that picture of Aline makes her look like a cross between Khloé Kardashian and Zlata Ognevich.

I would love Lebanon to participate, however, I doubt they will.

Well, we may have 40 countries (kinda of a strech) if B&H, Portugal and Poland confirm (with the rest confirming)

i really wonder how will this work…. im afraid we are just gonna have a one semi-final, and not two!!!

they should welcome lebanon and other countries such as kazakhstan that would like to participate!!!

Of course! they should be welcomed! Arabs have a beautiful culture and a great musical legacy.

Sadly, I don’t think the vendetta the arabs have with israel will end soon. Something as foolish (maybe moreso) than the Armenia-Azerbaijan thing.