Norway’s Margaret Berger has just proven there is a lot more to her than electronica. The Norwegian beauty of “I Feed You My Love” fame has teamed up with Norwegian pop star Gabrielle on an acoustic cover of “Help Me Lose My Mind.” They performed it for Norway’s PR Radio two weeks ago.

Their voices blend really well and they both look rul, rul emotional. It’s impressive they’ve managed to take Disclosure’s original electronica version and make it their own. But what else would you expect from Marge?

She’s keeping good company in this duet. For those of you who don’t know her, Gabrielle released her first single “Ring meg” back in 2011. It topped the Norwegian charts. If the trend of working with Norwegian blondes at the top continues, perhaps they’ll invite Adelen to sing in a future cover.

Here is Disclosure’s original version. Which do you prefer? 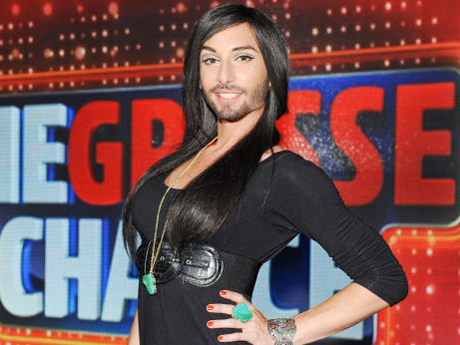 Will Belarus Remove Conchita Wurst from Its Eurovision Broadcast?