A source close to the French delegation for Eurovision 2014 has revealed to wiwibloggs.com that France 3 has drafted a list of three candidates for Copenhagen. The three lucky ladies are French songstresses Zaz, Tal and Shy’m. “These rising French stars could really shine and help France win Eurovision again,” our source tells us. “They are already hugely popular among French teenagers and are making an impact in foreign countries, too.” Should any of these ladies represent France at Eurovision 2014? Let’s meet them in turn so you can decide.

Even before she released her first single in May 2010, Zaz was already causing a media storm. French magazines dubbed her the next big thing based on industry whispers. Here’s how Telerama announced her arrival: “Rumor has swelled in recent weeks: Zaz is a sacred voice, and she will be the revelation of the summer!” Zaz has already performed in Bulgaria, Croatia, the Czech Republic, Germany, Slovenia, Switzerland, and Turkey, and one German newspaper described her as having “the voice of Edith Piaf.” She translates well across borders.

Our source believes she would fare well at Eurovision. “She is a real phenomenon of French music,” he says. “She’s known by Russians, by Germans and by some Brits. For the foreigner she is the typical French girl you want to hear. Her sound is so bohemian, so Parisian.”

Interestingly, she released a three-minute song on October 15, 2013, which makes it eligible to compete at Eurovision. You can have a listen to “si” below.

Tal’s family immigrated to France from Israel when she was still a toddler, and her name translates as “morning dew” in Hebrew. That moisture has given rise to a beautiful flower in full bloom! Tal began performing in piano bars at the age of 12. An agent signed her two days after stumbling into one of her performances. Critics have compared her voice to Rihanna, and you’ll understand why if you listen to the following. Wait for her vocal flourish at 3:18. C’est incroyable! 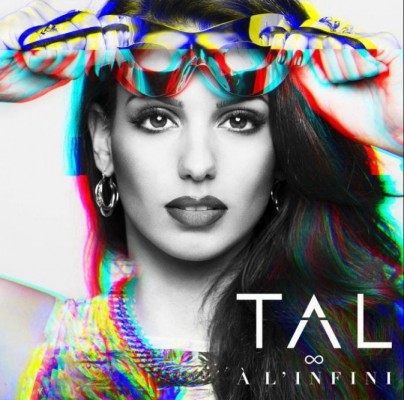 Our source says that Tal is his preferred choice. “She looks beautiful and her voice has something very special about it,” he says. “It is a very modern voice because she plays with oriental accents. When she sings in French it’s something you have never heard before.” Her Israeli heritage combined with her strong French identity also offer a vision of today’s France. “She represents all of what France hopes to embody—a cosmopolitan way of thinking, an openness to the world and optimism.”

Tal is just 23 and her sound is still evolving. It has become slightly more R&B of late. She recently collaborated on a single with Little Mix, the girl group that won the eighth series of Britain’s X Factor. And she’s even teamed up with Flo Rida! Tal is seriously international, y’all! The final act we know France 3 has considered is Shy’m. Born Tamara Marthe, the 27-year-old already has four Platinum albums including Caméléon, which topped the charts in 2012. “Eurovision is Hollywood but it’s also like the Moulin Rouge,” our source tells us. “Shy’m is the perfect mix between the two.”

She certainly has the Moulin Rouge part down. She caused quite a stir in January when she appeared at the Palais des Festivals et des Congres in Cannes wearing a transparent corset. Even Britain’s Daily Mail covered her body-liscious look. But beyond her fashion sense, Shy’m is tremendous on the stage. “She would understand that Eurovision is a show, and be able to give people magic and unforgettable moments. Shy’m has roots in Martinique, and embodies the synthesis of French identity — she’s modern, feminine, enthusiastic.”

She can also dance, dance, dance! She won Dancing with the Stars in 2011, and is known to give scintillating live performances.  It’s a good indicator of what she could do on the Eurovision stage.

So what do you think? Would any of these singers be strong contenders to win in Copenhagen? Who do you want to see compete for France at Eurovision 2014? Nolwenn Leroy would be a great choice aswell. Too bad she’s not on the list!

I love these French artists & even heard them all over here on Musique Plus (Quebec Much Music) in Canada 😀 Especially Shy’m. I think she has the character to make it to ESC 😀 Or Zaz too, but with a livelier song!

Adding onto what I said before, Shy’m has the best chance of getting France a good score. I think France’s last good score was 2009, but that’s only because the singer was really famous in the host country, Russa. Nonetheless, Shy’m is probably the most well known and honestly, I’d say she’d put on an awesome performance, too! (Not that Amandine didn’t) France do want to win again… they’re tried really hard recently… let’s just hope Shy’m can do it.

Zaz is too damm good for the standard cheesy eurovision fan taste and therefore it too far musical than “showy” for what many esc fans expect from it. Tal has a great voice but …her style is far too commercial unless she is given an outstanding song that really echoed her talent … with the risk of being a song that bore fans who again expect “a chessy too much musical-less” performance. Shy’m can do it in the studio but I don’t believe in her a being a good singer and much less being good as a live performer. She’s… Read more »

next 3 years are booked… Zaz is the most special in my opinion, her voice is haunting and the song she has just released is good, not sure if she can deliver consistent and constant live performances

Team Shy’m for me as well. If they chose her I think they’re almost guaranteed a Top 10. She has the looks, the voice, and I have no doubt that she’ll give the presentation.

any of these would be good! beautiful voices, beautiful bodies! now just get a beautiful song (which France too often forgets to do)

I heard that Amandine Bourgoise said she would choose Zaz for ESC next year.

Definitely Team Shy’m. She could easily win over Europe and might have a chance of the Top 10 if they send her 😀 I’m not a big fan of Tal or Zaz though.

Please no Zaz, she is scaring the crap out of me… Tal would be great!

Shy’m would be my choice! She’s excellent, beautiful, and all her songs are catchy.

Does this news really matter .. It’s always the song.. They could send any of these singers but if song it wrong as it has been for France for last few years they will fail

I know all three of those from french tv and prefer Zaz. Her voice is magical and she’s really good on stage too.

I know Zaz could earn 12 points from Germany! She is wunderbar!

Yes! Zaz, also well-known in The Netherlands, will be IT for France.