Last Friday BBC held its annual “Children in Need” telethon, raising a whopping £31 million for charity. But one aspect of the mammoth 6 hour show had a very strong Eurovision flavour.

There were several fantastic musical interludes throughout the night, including songs from Ellie Goulding and One Direction. But there was only one stand out performance for Eurovision fans – Ylvis’ rendition of their massive hit “The Fox (What Does the Fox Say?)”. For the Norwegian duo weren’t content to just sing. Not only did they wear fox onesies, they also recruited some very special backing dancers. Namely, 1981 Eurovision winners Bucks Fizz and 2011 and 2012 Irish representatives Jedward. Add in Romanian sisters The Cheeky Girls and you get a Jepic performance.

However, that wasn’t the only hint of Eurovision in this year’s campaign. Earlier in the week ABBA’s Agnetha Faltskog took part in “Children in Need Rocks”.

And the official music of the campaign trailers was a reworking of Bonnie Tyler’s “Holding Out for a Hero”.

What do y’all say? 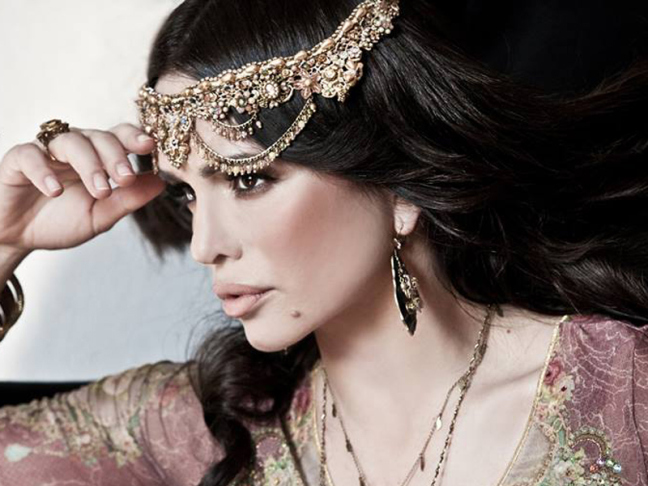 PHOTO: Severina Wears Only a Crown for Elle magazine

@Charles you’re quite the smarty pants aren’t you! Pity you didn’t use your mathematical skills to count back a few days and read the post Wiwi wrote on the Agnetha and Gary performance 🙂 http://wiwibloggs.com/2013/11/13/watch-abbas-agnetha-faltskog-sings-live-london/33866/

So this piece of news centers on the mathematic sum of trash plus trash plus trash on a song about animal noises …. and the great performance by Agnetha and Gary Barlow show up as an attatchement? The world has really shifted its priorities …

The Cheeky Girls and Ylvis would make a fantastic group together! Same age Novelty acts ,the cheekies really sexy…a new Mega Group like ABBA used to be ! How’s possible that nobody spotted this?!
I’m not working in Showbizz ,can’t do anything about ,but surely any agency or Label could put them together even for Eurovision ;it would be a guaranteed win ! Jedwards are trying to be funny …but it just doesn’t work for them;maybe they need to grow up.
Ylvis & the Cheekies …that’s where I would put my money…