SRF, Switzerland’s German-language broadcaster, recenty announced the nine finalists battling for its three places in Die Grosse Entscheidungsshow, the Swiss national selection. They’ll each perform live in front of a professional jury on November 30. But you don’t have to be in the judging room to let your voice be heard. You can check out all nine of the semi-finalists below. Then vote for your three favourite acts in our poll. We’ll published our results on November 29 so the judges in Switzerland will know what all y’all are thinking! You can vote for as many contestants as you would like, but you can only vote one time, so make it count.

3 For All with “Together Forever”.  It opens with a “We Are One” reference and the sense of togetherness doesn’t stop. They set “We are the World” to a Gypsy beat. It’s pleasant but lacks any thrust. Next!

Arxplendida with “Mercurii diei”. Are they seriously chanting in Latin? I know they are male and under the age of 90, but they remind me of the Buranovskiye Babushki. I don’t know what the hell they’re saying, they are wearing something vaguely exotic looking, and there is a whole lot of gimmick going on. Not my favourite.

Gosia with “I’m Not Afraid”. I love a good dance track laced with melancholy. Oh this is my jam, y’all! This feels very EuroClub and I think it’s time that Switzerland opened its heart to a foreign performer. (Yeah, I know, Celine Dion, but that was ages ago).

Hot Connection with “Music From The Sixties”. The song title says it all. This is from another era. Sadly, any Swiss from that era probably don’t have mobile phones and will not be voting for you. This cannot go through.

Martin Kirchberger with “Yourope”. Um, it was cute when Youtube did it. But Yourope is just not going to take off.

Nino Colonna with “La luce del cuore”. There’s something quite uplifting about this. I’d be happy if this went through. It will never challenge for the win, but Nino has pizzazz!

One Day Remains with “Alpha”.  I cannot find a video of this song on Youtube. Boooooo. Here they are on the Eurovision platform. It’s not really memorable. I don’t like slow rock.

Swissters with “Celebration”. Do y’all remember the Swedish House Wives from Melodifestivalen? Well I think we just found their Swiss cousins! These Swissters deserve a spot in the final if only because their video is ridiculous. We know y’all aren’t actually dancing in that stream! LOL.

Yasmina Hunzinger with “I Still Believe”. The most interesting part of this video is the dog sitting on her lap during the recording studio. Zzzzzzz. 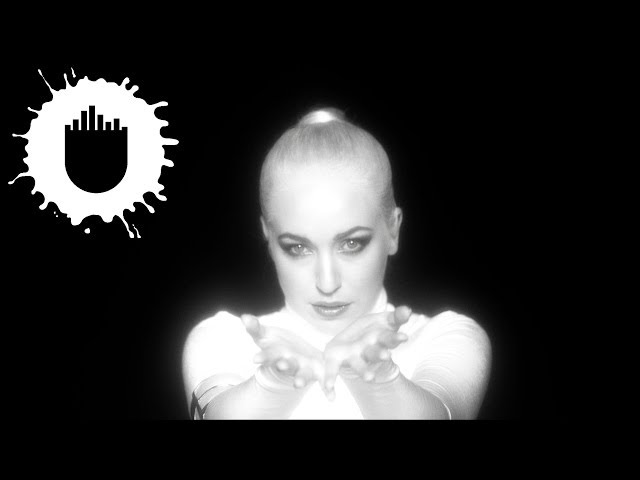 WATCH: Margaret Berger Releases New Video for “I Feed You My Love” (Don’t) Join Us: Should Eurovision Still Have Two Semi-Finals?

3 for All: It works, but would not qualify for the final. Switzerland is another one of those countries who just can’t get out of the semis. Arxplendida: Hilarious and confusing. If it goes to Copenhagen, it will either go the path of Euro Neuro or the path of Buranovskiye Babushki. I don’t want it to, though. Gosia: I think this song is the obvious winner for the ticket to Copenhagen, and probably can manage a placing in the top 13 of the final. Hot Connection: Here is a rundown of the band. Guy who sounds and looks like he’s… Read more »

Not very much intresting music, I think 3 for all was the only one I liked?!

Very ordinary songs. They will be lucky if they make the final – again – even with reduced numbers. The only song I like is Alpha.

My favourite is “Together Forever”, despite the cringe-worthy lyrics.

All my favourites went out faster than England’s batsmen at the Ashes! So if I have to choose one of the nine qualifiers, I’ll go with Wiwi Bloggs favourite Gosia.

I guess with a lot of tweaking, some songs will sound better when they are performed on the NF. Fingers crossed for that 😀

I *guess* I sort of like Gosia, might grow on me, but mehh, not one song on the platform really made me excited. Ok, maybe Sparrohs, but they’re not here & I liked it in an S Club 7 guilty pleasure way hahaha 😀 3 For All is my guilty pleasure too… It is kinda catchy!! I think people would take Arxplendida as a joke. I was laughing a lot lol http://www.eurovisionplattform.sf.tv/videos/alpha <– that's the One Day Remains song. It's actually decent in a rock way..but lacks something. It's not as memorable as Sinplus's song. On the fence about Swissters..… Read more »

I don’t know why so much hate against 3 for All. The lyrics aren’t genius, but not everyone’s Anouk, so it’s decent. The beat makes it for me, and I feel they’re not that shabby in their live. Gosia’s song is a grower, but I repeat: I hate when they accept songs longer than the limit. The cropping will usually suck, leaving the song devoid of the work and very unaesthetically listening. It worked with Patricia Kaas’ song, but I’m still skeptical. I should like Arxplendida, but when the style I like attempts Eurovision, it will be lackluster. Alpha is… Read more »

That’s One Day Remains’ song “High Stakes”, not “Alpha” which is the song for the national final.