Weeks of rumour and speculation proved to be true this morning when Ilse de Lange and Waylon confirmed that they will represent the Netherlands at Eurovision 2014. Speaking at a press conference in Hilversum, they said they will call themselves The Common Linnets and will perform a country-bluegrass number. Yee-haw, y’all!

Ilse is a 36-year-old singer from the east of The Netherlands, and has won several Dutch music awards. Her most popular singles are “So Incredible”, “Miracle” and “World of Hurt”. She also comes with some major star power: Ilse is one of the coaches on the ‘Voice of Holland’.

Waylon, real name Willem Bijkerk, is a 33-year-old and the first Dutch singer to ever be signed by Motown Records. He had a few hits in The Netherlands, including “Wicked Way” and “Happy Song.” In 2005 he competed to represent Holland at Eurovision with Rachel Kramer, but then he didn’t even reach the finals. Bless.

The collaboration does not come out of the blue. Here’s how Ilse expained it to Daniël Dekker (yes, the guy who revealed the names of Dutch jury members ahead of the final last year):

We’ve known each other a long time out of the country circuit. Early this year I wanted to make a record with a like-minded artist, and I came out [to Nashville] with Waylon. We went several times to Nashville and wrote there. We have written a lot of songs together, but haven’t decided what number we are going to do in the contest. One morning in Nashville we had a talk about the contest and then I was pretty enthusiastic about it.

Waylon is taking a note from Anouk’s notebook and says they’ll focus on the music and not on all the glitz and glam of Eurovision.

We do not know what kind of song it will be. It may be uptempo or something from the heart. It is ultimately not about the dress or the glitter, but it is about the song and its implementation.

The duo have already performed together publicly. Here they are covering the Lady Antebellum song “I Need You Now” during a concert in Amsterdam last year:

And here’s Waylong competing on “Holland’s Got Talent”. I’m hoping he doesn’t sing anything like this at ESC…

What do you think of the Dutch Eurovision contestants? Do you think they’ll work well together? 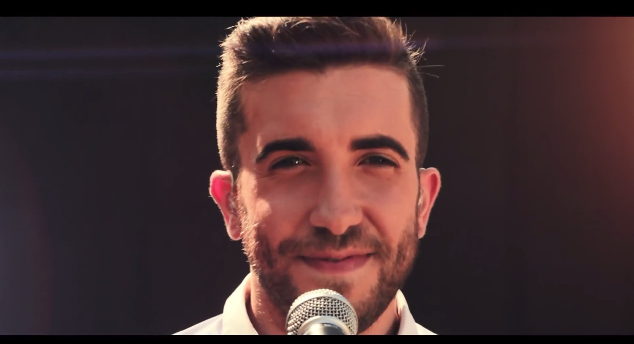 #JoinUs: DR Shares a Glimpse of the Eurovision 2014 Graphics and Art

I’m so excited to hear what kind of music they cook up together. 😀

All in all, we owe a big thank you to Anouk. It’s because of her Holland now seems to take Eurovision seriously.

Well, when I heard the first rumors about Ilse DeLange and Waylon singing for The Netherlands I wa thinking: “Why them, I know so much artist in The Netherlands who does fit Eurovision better. But after I saw the interview where they told they will follow the direction of Anouk last year and focus on the song, not the act, I became quiet happy with the idea they were going to do it. Countrie is a weird idea for Eurovision, but when it is a good song like Anouk did last year, it can bring The Netherlands back to a… Read more »

I agree with Z24. Country/blues/soul music doesn’t fare too well at Eurovision, for the simple reason that it doesn’t sound European, but a collaboration with one of the great Dutch DJs could mean triumph for the Netherlands.

Well, one thing is for sure; Ilse DeLange and Waylon will (just like Anouk did) take the Eurovision seriously. After years of embarassing and poor acts coming from this small country they finally know how to perform. Although I do like country music, I wonder if this will really be catchy enough for the Eurovision. Somehow the Netherlands find it more important to be original than to create something that has potential to win. Ilse and Waylon are great singers and are experienced with performing. Their commercial background gives them the ability to know what’s hot and what’s not. I… Read more »

This will apparently be amazing. It also seems Armin van Buuren was just bluffing.

What abotu something up-tempo AND from the heart? A la “Wake me Up”? I ‘m sure they won’t carbon copy it, but it can have the same impact and rousing feeling.

I expect a top 5 finish from these two ..
It will be a well written entry once again but appeal to a wider audience ..
Very excited when song is released …

Waylon can sing, prefer this video much more
http://www.youtube.com/watch?v=Zd_39SBasa4&sns=em