Moje 3‘s Mirna Radulovic has had a crazy week! She performed her second single “Pred Svima” on a Serbian talk show last night, just a week after she performed her debut single “Slusaj Dobro” on the Serbian version of “Your Face Sounds Familiar”. She also reunited with Moje 3 for a New Years Eve concert on Tuesday. Out of all her appearances this week, she certainly saved the best till last!

WARNING: “Pred Svima” will have you dancing around the room. If you thought “Slusaj Dobro” was fabulous, you ain’t seen nothing yet!

This is the first time she’s done a major performance after Eurovision without either Moje 3 or feather clad dancers supporting her, and Mirna definitely shines as a solo artist! She tells us that “(“Pred Svima”) is for clubs and pop bars”, and we can certainly imagine it being blasted in a Belgrade nightclub!

Mirna’s certainly established a style of dance music with her first two singles, but which has been your favourite: “Slusaj Dobro” or “Pred Svima”? Let us know in the comments! 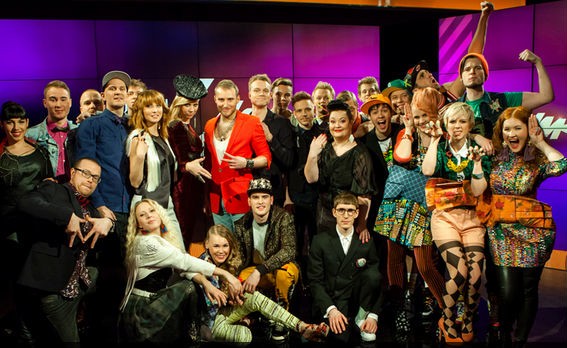 Poll: Who should win the first heat of #umk14 in Finland? This one is much better to me! The lyrics has much more sense in this song than in the first one.

This one is more quality,but Slušaj dobro is far better!