Earlier this morning the Wiwi Jury—our in-house panel of music unprofessionals—grabbed our first aid kits and headed to Finland to review Dennis Fagerström’s #umk14 song “My Little Honey Bee”. Was this honey bee sugary sweet? Or did it sting us and cause an allergic reaction? Read on to find out…

Angus: Well isn’t he just cute as a button! In all seriousness though he has one of the most distinctive voices of this year’s entrants and the chorus and refrain are the catchiest on offer in this batch of UMK. The cutesy factor of him, the braces and the song should serve Dennis well assuming he makes it to be the Finnish act. And on the basis of Roberto and Gianluca’s placings this year he’s seizing the Eurovision zeitgeist. I mean we have had four years of girls right? Also the bridge? Superb.

Bogdan: Thanks, Dennis Fagerström, for teleporting me back to 1994. However, I would rather be teleported forward, rather than backward. I agree with both Angus and Katie: the singer is cute and the lyrics are cringe. (Seriously, how/when/why does a grown-ass man tell his partner that they are honey bee?!) The song, which is most important, is godawful, and I would give it nil points if I could. Nonetheless, because I am a kind soul sometimes, I’ll give it one for the vocals and one for cuteness. Deban: There’s nothing quite like quality schlager. Dennis Fagerstrom is a Voice of Finland graduate. Although his vocal delivery isn’t totally up to par on the lower notes, he’s still a great singer. I like his gender-neutral appeal, the simple song lyrics, and the effortless charm of his stage performance. If this tracks end up winning the UMK pre-selection contest, I can see this it doing well at Eurovision. It’s a good unfinished demo that could be lengthened with 25 seconds extra time, and have the 1, 2, 3, 4 shout-out chopped off. If these alterations are taken on board, this track could be a real contender for victory.

Katie: This song isn’t the cringiest of UMK this year, but it’s definitely up there. Although the singer has quite a nice voice, the moving eyebrows, the constant smile and the god-awful lyrics make him seem VERY creepy. I can’t even watch the video without wanting to turn away from my laptop and block my ears. It would certainly be the toilet break song if it managed to get to Copenhagen! Padraig: This is pure unadulterated cheese and I love it! My Little Honey Bee is by far and away the strongest track out of all of the Finnish contenders. The song has an innate catchiness, which was missing in the rest, while Dennis oozes charm and likeability. The only quibble I’d have is the Owl City-esque backing track on the studio version. But apart from that brilliant. Oh, and Dennis better not forget to bring this braces to Copenhagen, otherwise I’ll be very disappointed.

Sami: It’s a really sweet song and Dennis has a nice voice. Also, he’s a great performer and I’m sure that the performance in the first live show will be very professional. I love the new version a lot more. It has nice intro and nice instruments, but I don’t know if I would like to see it as the Finnish entry in Copenhagen. It’s a good song, but not that good.

Wiwi: This sounds like a song that could have won Eurovision—in the late 90s. The simple melody is pleasant, but pleasant does not get you into the Eurovision final when you come from a country with a rather poor track record. Mr Fagerström definitely has the looks. He owns those suspenders. (Take me there, Dennis…) But he’s too young to be singing such a dated, folksy song. Even so, this is one of the better semi-finalists this year. That says more about the field than it does about his song… 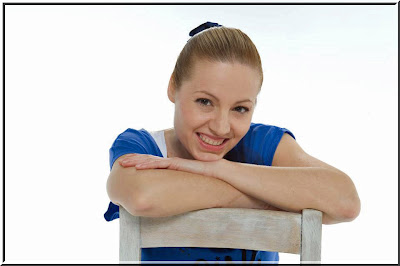 The hook is just not a good idea. He’s singing it with too serious of a tone (and too serious of a look on his face) and I can’t help but echo the comment that very few grown men would address someone as their “honey bee” so seriously. Maybe it’s the same problem Danny Saucedo had when he performed “Amazing” – he was trying so hard to nail the performance that he made it too pained. His vocals are alright. The earlier version of the song is much better, because the instrumental is such a throwback you could almost believe… Read more »

The strongest track?? I absolutely do not think so!! But I do love it haha. I have yet to hear the studio version for the improvements..

The songs cute and really catchy. Plus he’s really hot. I wouldn’t mind unwrapping him for Christmas. But, goodness the lyrics are awful. He can’t hit all the notes either and lacks a serious amount of charisma. I don’t think it’s the worst song in UMK this year but it’s not good. I give Dennis 5 points.

Aren’t bees adorable? Does that make Dennis the honey? Would the same sleight-of-tongue even work in Finnish? At least we wouldn’t notice.

The simple and catchy chorus is essentially the whole song, with barely enough deviation to seem otherwise. That’s a shame because the breaks are where his vocals have some character and the performance gets interesting. The oooh-count-yeah bridge effectively wipes everything before hammering the chorus in yet again.

More irritating than charming, but it could be much improved with less repetition, richer verse, and stronger identity. Treating it optimistically as a work in progress, 5/10.

This song is absolutely terrible, I’m sorry but I can’t even sugarcoat how terrible this one is. The worst song in UMK 2014 by far, I hope and am pretty sure it’ll get knocked out in the semis. His voice isn’t even too good and the lyrics are just terrible. Sorry, but this is the only song from UMK this year that I absolutely hate and see no point in.