Performances at the Eurovision Song Contest take three minutes, but they represent months of work and years of dreaming. Singers bow alone on stage. But, lurking just beyond the curtains, their choreographers and songwriters bow along with them. And so it was for the Buranovskiye Babushki, the folk group of elderly women who represented Russia at Eurovision 2012. At the Russian national final they faced a panel of sneering judges. No bother. The women sang “Party with Everybody” with conviction and glee. They seemed to push away their haters using their walking sticks.

Only six appeared on stage that night, but there were three other long-time members who would have greeted them after they collected their trophy. Among them was Yelizaveta Zarbatova, the group’s most elderly member, who arranged their songs. From covers of “Yesterday” to “Let it Be” to “Hotel California”, Liz was pulling the strings.

Yelizaveta passed away on January 13 at the age of 87. According to local media, she prefered the comforts of her village to distant excursions and during her life she never rode a train.

But you can’t say she didn’t go on a journey. Through her covers of the Beatles and Deep Purple and the Eagles, Yelizaveta traveled the world. 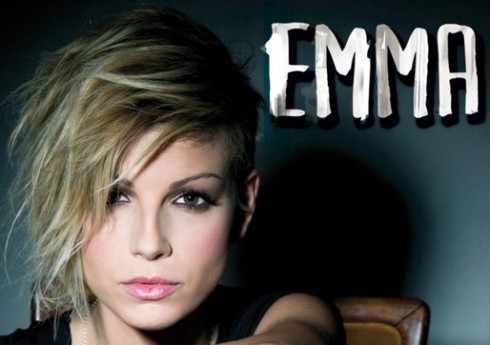 One memorable and unique moment in the history of Eurovision. Not only in Russia such choirs exist we also have them in the Danube Delta in Lipovans villages. When I listen to this traditional music it gives a feeling of immemorial like there is no beginning and no end.

RIP Ms. Zarbatova. I loved the national final entry from 2010 and I really enjoyed the Grannies’ charming song in 2012. This is really sad to hear.

Just letting you guys know, the babushka in that picture is actually Valentina Pyatchenko (the one with the prosthetic arm) and she’s still alive! The original Russian report got the wrong picture :/ Yelizaveta wasn’t able to travel to Baku for ESC – as you mentioned – so she wouldn’t be recognisable to casual viewers. However, she was the composer of their 2010 NF entry “Dlinnaja-Dlinnaja Beresta I Kak Sdelat’ Iz Nee Aishon” (I am sooo sad, actually typing that title from memory, ouch) so her contribution to ESC-folklore is perhaps even more memorable :’) There’s a 2011 interview with… Read more »

I can understand your point, Charles. But I do think these women wanted to sing at Eurovision. They used their money to re-build the church in their hometown, which I know Elizabeth went to a lot. And I agree it is wonderful they had a dream fulfilled!

Although I have the deepest respect for these ladies taking in consideration their life story and cultural background (plus all of the remind me of my mother) I can never forget that I felt offended by seeing them in Baku singing what they had to sing causing all that fuzz. I just don’t like seeing elderly people being used as “entertainment tools” for other to appreciate. It was not their fault; not truly understanding where they were really being put in, they performed with the same innocence and generosity that trademarks women like these … I do blame whoever set… Read more »

Too often we forget the people behind the people. RIP Elizabeth!!

Wiwi you make me cry with this tribute!!