After Kate Ryan in Belgium, another Eurovision star decided to come back undercover in her national selection. This time, it’s Olia Tira, who chose to enter her song “Never Stop No” under the pseudonym FLUX LIGHT in the Moldovan selection.

She looked familiar, but we were so distracted by the gentleman with the box on his head (so striking, in fact, that we chose to illustrate the article about the live auditions with a picture of FLUX LIGHT), that we didn’t recognize the blonde girl who performed the song, but Moldovan TV station Muz revealed that it was indeed Olia Tira, who represented Moldova in 2010 together with SunStroke Project (featuring the amazing Epic Sax Guy) with the song “Run Away”! So yes, we have another comeback on our hands!

The interview on Muz TV reveals that Olia managed to keep her presence at O melodie pentru Europa a secret until the moment she went on stage as FLUX LIGHT. She also revealed that FLUX LIGHT is not only a Eurovision project, but it’s her permanent stage name from now on. Her partner in crime (with the speaker box on his head) is Alexandre Noctua, a Chisinau-based producer.

Luckily for Olia, her song advanced to the semi-finals, so we will all be able to see FLUX LIGHT perform live and try to regain a chance to represent her country again in March. Until then, here is “Never Stop No”:

What do you think? Are you happy that Olia is back? 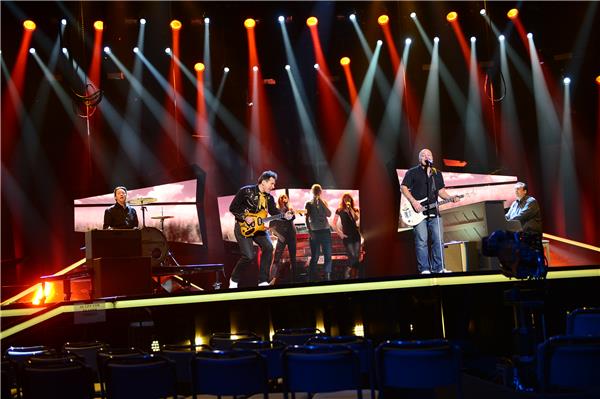 Melodifestivalen: Reviews of the one-minute snippets for semi-final two Eurovision Recap: What happened in December and January

Yeah.. she needs epic sax guy for sure. There is no song without sax. Well, it’s an “OK” song. I don’t really hear it as a winner.

How the hell that man can see with that thing on his head?

She needs to put Epic Sax Guy in the performance!!!! 😉