In the run-up to the Israel’s song selection, Mei Finegold filmed three videos in less than a week. That must have been exhausting, but her vocals sound on point in the three competing songs “Same Heart”, “Nisheret iti”, and “Be Proud.” After having a listen, we have a feeling that Israel is headed back to the final for the first time since 2010. These songs are amazing.

You can watch the videos and read our quick reviews below. Then vote in our poll! You can vote for as many songs as you’d like, but you can only vote ONE time. This poll closes on March 3 at midnight—just ahead of the March 5 national selection.

Mei starts out by telling us that someone has filled her with poisoned love. You know this is going to be a dark one. This song is driven by anger, but it doesn’t come off as angry. Instead you’re left in awe of a woman who has taken charge and will not let anyone hold her down. This comes through in the Beyonce-esque choreography…and in the samurai warrior princess brandishing a sword. Don’t mess with Mei!

Memorable lyrics: “I’m not an animal in captivity.”

Nisheret iti / Staying with me

Mei Finegold knows how to bring the passion—and we’re not just talking about the revealing red dress and bustier she wears in this video. This number doesn’t build as nicely as “Same Heart”, but it has a great 1980s anthemic quality. The protagonist of this song seems kind of crazy, and Mei does a convincing job bringing the madness.

Mei has the unique ability to make rock music highly danceable. She’s a rocker chick who knows how to move, as evidenced by the finely choreographed leg crossing in this video. This song sounds the most dated of all of them, but the message is nice.

Memorable lyrics: “Be proud of who you are.”

You can vote in our another Eurovision 2014 polls by clicking here. 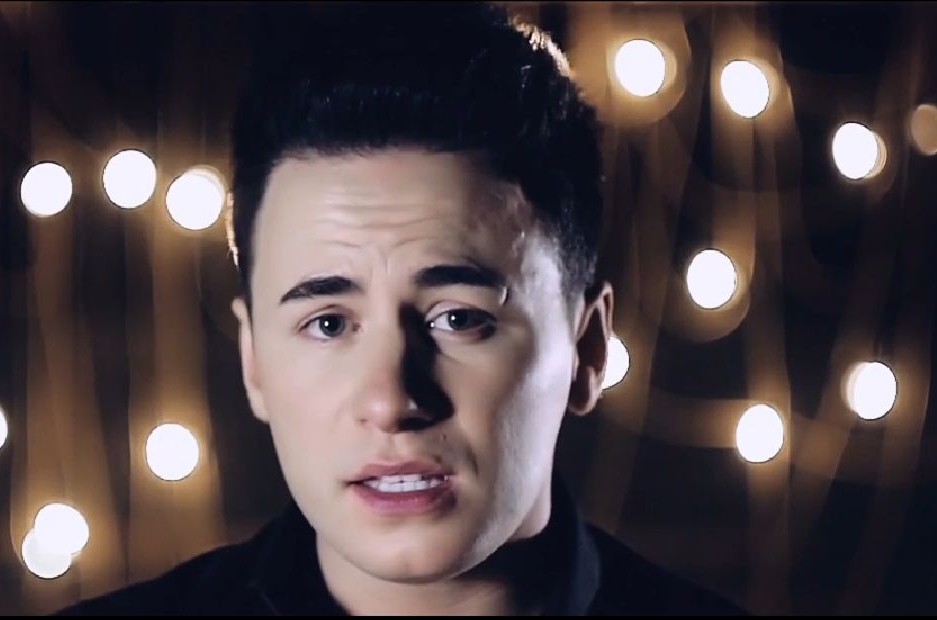 The best one and best choice is undoubtly Same Heart. With a great staging it could make the podium. She has an outstanding voice and a remarkable presence. Maybe it is time for a female rocker to win Eurovision

I hope Israeli will choose “Same Heart”, it’s my most favorite song from all of the three for me. But if they later decide with something than “Same Heart”, then it’s okay as well. At least we can see how serious Israel take this contest this year.

Personally, I think this will be the battle of female rocky voice in Eurovision. Emma Marrone vs Tijana Dapcevic vs Mei Finegold. Can’t wait!

Dear friends ! Please share this video and watch it yourself..
That’s the song that hopefully represent Israel in the eurovision 2014 ..We need your votes and YouTube views !! the more the merrier SAME HEART <3 <3 <3

Same heart is best. Be proud second. Nisheret iti does not fit her 100%. But in my opinion all songs are much better than last year and Israel should qualify no problem with Same heart or Be proud.

Loving Be Proud & Same Heart!! Like Staying With Me too, but it seems to be similar to Same Heart, which I like more. Still nice, but I think I enjoyed the music vid to that one more than the song. The old train was a great set!

Her voice scares me a little and the songs aren’t that great. I was expecting a little more from Israel.

“Nisheret iti” is probably the best choice. In my opinion.

Finally, a song that I can call it my favorite. 🙂

as a person who speeks hebrew, i think same heart is the best.
the beat, the words, the music, the choreography-everything is just amazing!
i wish that at the live show she will perform at least as good as the videoclip.

good luck israel!
i really hope you will win.

Same Heart will probably do the best, although my favourite is Be Proud. She has an excellent voice, and she is so pretty. I hope she does well.

Finally Israel gets it. Moran Mazor was great, but they need staying power and an alliance with airplay. Moran’s song was brilliant just for the contest. These three songs would be a great choice. Israel literally can’t get it wrong this time. Same Heart: This seems like the favorite. They need to let her keep the rock vibe. No dancing or pop influences needed; it would seem forced. The anger this transmits is perfect. A sudden final instead of a soft fadeout would fit better Staying with me: I feel this one’s would be the most foreign song to Mei’s… Read more »

Nisheret Iti or Be proud would be great!! but i don’t like Same heart

I’m VERY impressed!!!
Great songs, with “Same heart” is the best one in my opinion with a great chance not only to qualify to the final, but actually do very well indeed!
Good Luck Israel!
Lio (Austria)

I’m kinda disappointed. I was really looking forward to Israel this year but I don’t really like any of the songs. I guess my favourite would be “Nisheret iti” but it’s not amazing. If “Rak bishvilo” wasn’t able to qualify last year, I don’t know how these will.