Today the Wiwi Jury – our in-house panel of music unprofessionals – took a Tour of Trondheim and while enjoying a traditional Norwegian tea of trout we got out our score-sheets and listened to Cir.Cuz with their song ‘Hele Verden (The Whole World)’. This song sounds tired! Even though it infuses modern elements of dancepop, and tries to sound like  Martin Garrix and Avicii, the output sounds dated. Hearing it in Norwegian puzzles me even more. On a good day, it could pass for the anthem of third division football club. Desperate!

Foreign language Eurovision songs can either get it totally wrong, or totally right. This one is the latter! The “whoa-oh-oh-ohs” remind me of Avicii’s “You Make Me” and weirdly, the rapping reminds me of Igranka. Don’t worry though, that is a very good thing. I’d happily sing along to this in Copenhagen!

This sounds like a mix of the college rock music from the Sims 2 and house music. Besides that, not loving the group title, liking the song. It’s already gutsy to go in Norwegian (and not English), and to do it with another song that is so heavy on electronic stuff and not traditional Eurovision pop/ballad is admirable. That, and rap. I can imagine the conversation before they made this song, “Let’s see if we can break every Eurovision stereotype. LET’S DO IT TO IT.” It works, even though I doubt the overall success of this song in Melodi Grand Prix, it has commercial potential.

The first Norwegian language song so far, it’s a pretty good one too. It’s rhythmic and rememorable. Cir.Cuz have had hits in Norway before, could this be another?

It’s lovely to actually hear some Norwegian. Unfortunately it’s delivered as horrifically as Trackshittaz did in 2012 in Baku. The chorus salvages the thing from being a complete train wreck and gives it something redeemable. The production is also exquisitely structured and this unlike ‘Frozen By Your Love’ isn’t lazily made dance. Unfortunately the rap undermines the overall appeal of the song. 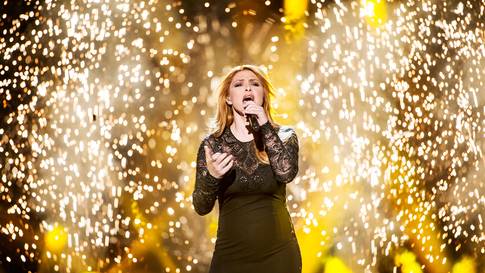 It’s an ok dance track, but the rap is doing nothing for it. This will be one of the songs that scores between 8-12 place in the semis. Not sure if it will qualify for the final.