I often find much pleasure in reading the comments and reactions of our readers whenever anything happens – and recently we have been most definitely hit by a wave of new entries, and national competitions have reached their peak; admittedly some of us are still trying to recuperate from post-Melodifestivalen depression, and now our emotional energy will no doubt be centred towards the final of Melodi Grand Prix as Norway decides on their bidrag to the contest in Copenhagen.

These reactions have varied and I cannot hope but feel that the sorts of emotions that are being expressed by the Eurovision fandom really are rather extreme, leaving the lay-observers of the contest quite confused – we’re sending the wrong impression, I think. I’ve been around for a while, personally, and I am well used to the attitudes of many fans of the contest, but it appears that the pessimistic, angsty attitudes that are being given off regarding national final results are really a bad turn.

We are all unashamedly big “fangirls” of the contest, I acknowledge this, but if we are just going to be nasty and unsupportive of anything that we see in the run up to the week of semi-finals, then perhaps we are forgetting that Eurovision and its music scene are together a complex machine – and I am starting to feel that its inner workings are being ignored, somewhat.

Frankly, the whole point of voting means that a representative decision can be made – and we simply cannot expect every single decision made by a country, year on year, to remain in the same set of homogenous genres of music. It’s ridiculous if, for one, we are going to be in uproar when something that evidently is not schlager, qualifies for the Melodifestivalen final. It seems to me that no one is sitting down to think about the reasons for why a such a song has done so well – no one is letting themselves think about what else is going on with regard to the opinion of masses of people in one particular country.

The reason why we no longer listen to baroque music on the radio is because music in itself, and the preferences of those who listen to said radio, change. Is it really too much to ask that we just see that Eurovision is not an Americanised-pop-generating mechanical organism? I feel that people often forget that this contest is a song festival which showcases the European music scene – it always has done this; it collates all forms of music, and for some reason we have suddenly got all offended and we’ve started to shout at each other when things don’t go the way we think they’re meant to. We’re living in our own little dream-worlds and it really makes my head hurt as a passionate fan.

It’s obvious. Some of us are quite confused –  why, for goodness’ sake are nations choosing songs that are no longer reflective of a glory-period in Eurovision’s history where 90’s repetitive pop was the norm? Where’s all that sparkle, glitteriness, whatever you want to call it, gone? I feel the pain that many fans are also feeling, but I will have to break it to you, Eurovision has always been a very, very good indicator of the general music scene of the time of the contest, external to our own preferences in music.

Disco-pop, bubble-gum, youthful songs are, in the form that we may remember them, starting to fade out of play – in a period in music history where Bruno Mars-y songs do well, it really is not a surprise to see Denmark choose such a song to represent them. The Danes voted. A representative opinion among voters gave some form of consensus. This is what we must accept. Really, once the entry is chosen can we be mean and critical of the song in as far as we can compare it to the rest of our entries this year, but is it not taking it a little too far when we say that a song is simply awful if it just doesn’t comply to our own view of how music should be and THEN say that there is no hope left at all for anything in the world?

I appreciate the enthusiasm that we as a team of writers and you as readers all share. It’s great and I’m so glad to be part of a culture which finds the nature of the Eurovision Song Contest something cool to talk about – and it’s frankly surprising how Wiwi has kept me on his team thus far, knowing that I don’t use the dreaded “y’all” and get all sassy as much as my co-writers do; I guess my ‘attitude’ is found elsewhere. If you want my view, then what we are seeing is no different to what we see every year – we are seeing music being made. We are seeing trends. We are seeing society in action. We are seeing Europe.

If we as Eurovision fans are going to continue to use this contest as a platform for meaningless shouting as we get irrationally, anxiously confused about every passing moment, then we don’t remember the fact that this contest is not all immune to the ways of the world. For once, we ought to save our energy and enjoy the music. We over analyse these entries, these hopefuls – and at the end of the day, we forget that there are people out there who want to make you happy with their musical ability. You are entitled to have your favourites and you are more than welcome to share your opinions and try to give your case, but I just find it really sad that the crossfire between the many sides of the debates that crop up all over the net is a result of this confusion that really is just a plain ignorance of the reality of music.

The contribution of us fans to the Eurovision Song Contest is really important seeing that we care about this contest more than anything. We take this thing seriously, and that’s awesome, and I hope it continues. Admittedly, I write for a blog which prides itself on providing top-notch journalism and articles on the Eurovision Song Contest “with attitude” – I expect people to be passionate and I definitely expect there to be a teensy-weensy bit of infighting between fans, but when it leads to actual arguments which make us more separated than united by our common interest in this contest, then our ability to appreciate music, talent and diversity fails us.

James Puchowski is our multi-lingual correspondent from Scotland, who writes occasionally for his own personal Eurovision blog ESCZorgen. You can follow him on Twitter also – @puchowskijk 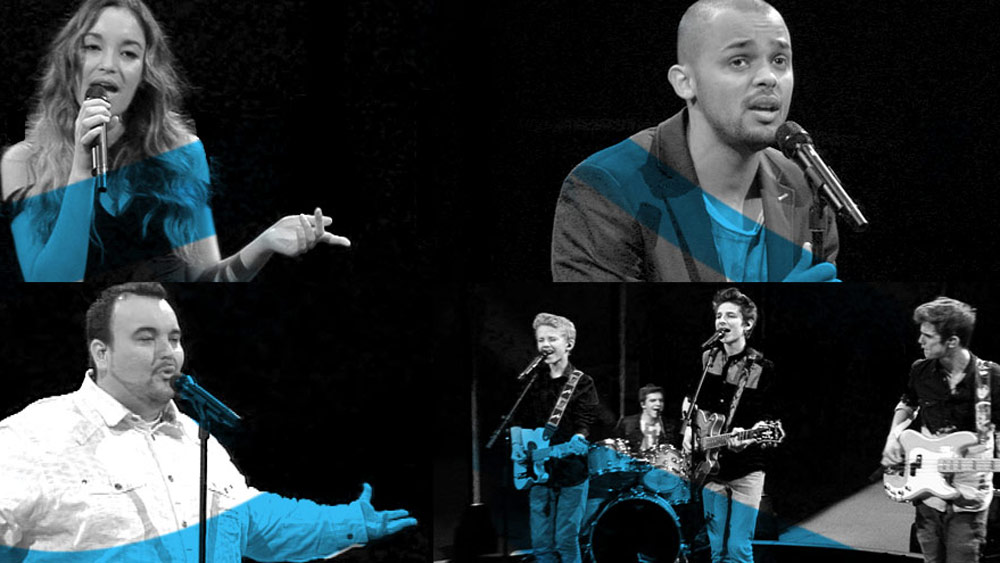 Belgium Eurosong: Axel Hirsoux and Bandits qualify for the final Switch of the tongue: Tijana will sing in English for FYR Macedonia Yeah, fans get extra passionate nowadays, but forget that they’re actually talking to other people. There’s an awful lot of fury over what, musically speaking, is three minutes’ worth of singing over playback. In the end, we should just appreciate that we get to hear some awesome songs and see some cool performances. The creativity and diversity in Eurovision get lost in the shuffle when people focus too much on the competition aspect.

Great article, James. It had to be said. I’ve seen the disagreements go so sour this year, way past a respectful debate and enter personal territory. I didn’t notice this last year as much. We all like different things & if we feel it, we should be able to state that somebody is going to be top 5 or even a winner with a respectful debate, not having our heads torn off about it XD

James, thanks for injecting some sanity and balance to the hysteria that often follows national preselections, and the Eurovision Song Contest. I’ve had to endure abusive emails, and death threats particularly in 2012 for having a different point of view. It totally defeats the objective of unity and commonality through music.

Sometimes, i would like to take a breather from all the hate towards the winning entries. it’s tiring me out!!! i mean, we should support whoever wins in every National Final there is!!! we don’t need any petitions ’cause they are just stupid and pointless!!! Maybe they will surprise us come Eurovision week (I’m hoping too big for Ruth Lorenzo cause I am still sulking that Spain didn’t choose Brequette)!!! And in the end, whoever gets the most points wins!!! Let’s just enjoy the music of these representing entries and let’s get this stupid hatred over with!!!

Great article! Thanks for writing this

Hell yes. It’s that variety that makes Eurovision so great. I’m not taken by Denmark’s Bruno Mars Junior, but who knows what he’ll be like on the big stage in Copenhagen. That’s part of the magic of Eurovision – when all the pieces come together and make something wonderful as a whole.

Hear hear, this article is right. It’s like most things like this, every one is entitled to their opinion and it is good to share those opinions and discuss them with other people but you should never shove your opinon down someone’s elses throat as if it is the only way to see things. Yes, there will be disagreements with this but some of what you see in the fan community is jsut fighting with absolutley no inkling of even trying to except someone elses opinion.

Fantastic writing James by the way.