With just a few hours remaining until “EUROSONG 2014 – a MAD show”, the Greek finalists are gluing on their final sequins and hitting the interview circuit. This year’s hosts—Despina Vandi and George Kapoutzides—have been rehearsing their lines and generally appear more relaxed than last year. Fokas Evaggelinos, the director of the show, has designated three teenagers to dream up the show’s choreography. And the cast of Greek Eurovision legends who will take part in the 40th anniversary special have finished recording new versions of their classics. No wonder almost every ticket has gone. Let’s take a breathe and catch up on all the action in Greece… Nikolas Raptakis, the lead singer of Freaky Fortune, is battling the flu. He will no doubt have difficulty singing. But, speaking to People Greece, he made it clear that the runny nose isn’t dampening his enthusiasm. “My favourite Eurovision songs are: “Socrates” by Elpida, “For Real” by Athena and “Euphoria” by Loreen. I have been watching the competition, but never imagined I would some day be part of it,” he said.“We were about to releas this song with Riskykidd, Panik records heard it, liked it and proposed to us that we compete in the show…Eurovision is an exciting party, that helps us to escape from our every-day life.” When asked whether he finds it too gay, he answered: “It’s unfair to put banners in such a competition which covers so many styles.” He could be a diplomat, y’all.

The group’s revolutionary song “Rise Up” has captivated a lot of Greeks. Some of the group’s fans have even spraypainted the song title onto some metro stations.

“I was very reluctant at the beginning, as I am afraid of all this. But when I found out who was to write the lyrics and music of the song I went straight to the point,” said Krystallia. “I’ve never dreamt of competing at Eurovision, although it is a great experience. As for what I like so far, it’s “Rise Up” and Kostas Martakis’ “Kanenas De Me Stamata”. I don’t know… they’re weird!”

KOSTAS MARTAKIS: “EVERYONE TOLD TO ME THAT I SHOULDN’T TAKE PART”

Kostas Martakis was conflicted about whether to compete. “I would never take part in such a competition, just to compete. I needed a good song, and I finally found it. I like it, especially its lyrics. It moved me. We wanted Greek text. It is important to show everyone that even if they don’t care about our country, we are still alive.” That’s a great message. It’s just a shame they’ll have to hear him delivering it. The song isn’t good, y’all….

Acro Music Hall is crowded with workers, dancers, musicians, directors and artists. The flu is spreading fast and isn’t just affecting Nikos Raptakis, but also Demy. Even so, she will sing perfectly: the interval acts will not be performing live! Our friends at STAR TV offer us a sneak peek of all the action. The hosts and the director, Fokas Evaggelinos, who is not sure whether he’ll direct any acts at Eurovision this year, even though he’s had some offers. He wants Greek Euro fans to know that he will definitely support Greece regardless of who he works with. PROTESTERS WILL “RISE UP”

Just like last year, protesters will fight against MAD TV and its ownership, as around 180 employees working at its “Metropolis” shops allege that they have not been paid for two years. These shops are owned by MAD TV’s owner. The workers say that the money spent on the lavish production should be spent on them instead. Expect a riot, people. 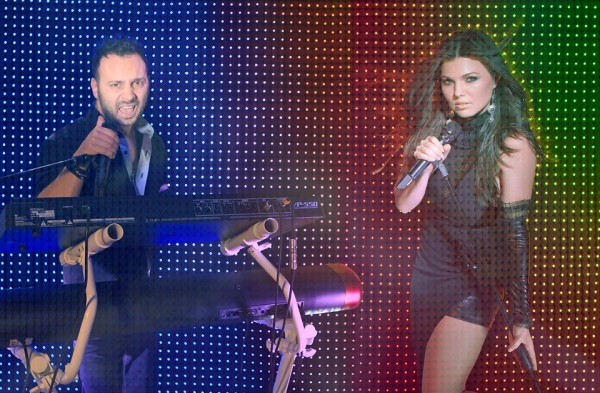 I really want Krystallia to win, but they will send Kostas..

I LOVE RISE UP!

krystallia should win. But Greece likes to send plastic-pop all the time…!! so i think they do it again this time….