The Moldovan national final was an exciting show that started with last year’s winner, Aliona Moon, who beat Boris Covali, and ended with Cristina Scarlat’s victory against the same Boris, who, again, won the televote — but it was all in vain. We would not like to be in Boris’s white shoes tonight!

Cristina Scarlat is a worthy winner, with a fantastic voice and a song that has won over the Moldovan jury. “Wild Soul”, written by Ivan Akulov, with lyrics by Cristina’s niece Lidia Scarlat (who, incidentally, was the interval act together with her band Cuibul), is a dramatic ballad that showcases the singer’s amazing vocal abilities.

Here are the jury marks: Here are the overall results: Update: After the show, Cristina Scarlat told the media that she was “in utter disbelief but over moon” that she won. She said that she was very proud to be able to represent her country and that she would split the honour with Boris Covali if she could. On the other hand, Boris blamed the jury of discrimination, claiming that he did not win because his mother tongue is not Romanian, but Russian. He also went as far as to call his haters “fascists”, according to Adevarul daily. Russia: The Tolmachevy Twins Will Sing In Copenhagen 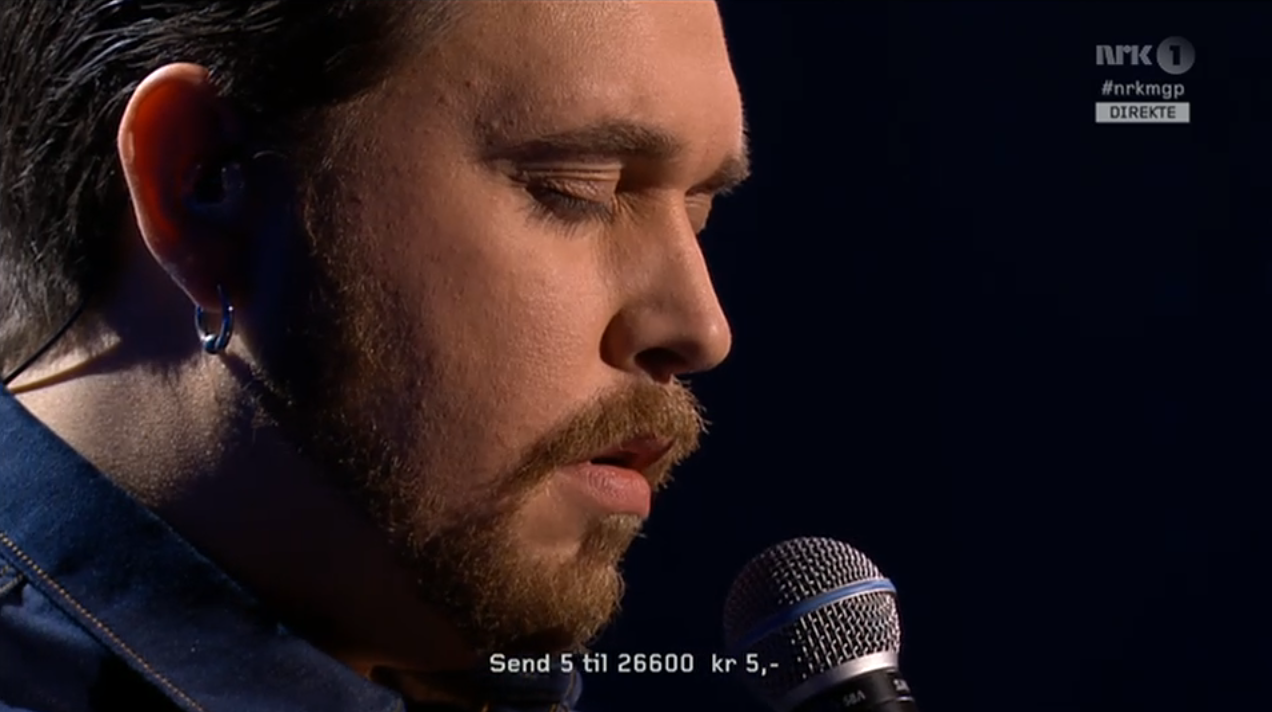 Oh God untill I searched for her song I didn’t expect it to be so bad, is it her first time saying a word in English? So bad, boring, I would’t go to Eurovision semi finals just not to hear her ugly fake voice, it’s clear she is faking it

Funny how some people (arguably native speakers of English) comment on her “pronOunciation”… if only we foreigners kept nagging about their spelling! And don’t get me started on the radio silence on the ever-present ungrammaticality of certain lyrics presented by native- and foreign-speaking writers alike. Apparently this year “Undo my Sad” sparked a mild debate, though no more. All that aside, it is still good to read no hate-comments about Moldova, as is the case with so many others. We should celebrate that! The song may be old-fashioned, a failed attempt, odd, under- or overproduced, but at least most people… Read more »

So Boris comes 2nd overall 2 years in a row. Interesting how in both years he won the public vote but came third by the jury o.O Anyways the song , nothing wow , Boris wouldve won with flying :/

Thank you Zolan! The singer already published the lyrics on her Facebook page (my article with the lyrics will be posted before long) and you’re 95% correct! 🙂

I love the musical style, and I wish she could get her voice under control. But it’s the implied psychology of the writing that spoils it most for me. Here’s an attempted transcription. Some mistakes are likely. ———————————————————————————- What am I? Am I human? What am I? An emotion. Time and space can lie to us while we sleep. Lovers cry, parents tremble, While you and I show our devils. The world can play a joke on each of us anytime. Mercy — I have no feelings of mercy. Destiny left me so empty. Emptying my heart and my spirit.… Read more »

Maybe they can do a Romanian translation like they did last year. It worked out really well for Aliona. Plus there is a total lack of non-English songs this year. Only Montenegro and Italy (of 37 countries) are sending songs without any English words. Belgium, Russia, and Austria have yet to present/choose their song, but all three will be in English and nothing else. It’s quite sad.

I’m just glad Boris didn’t win, I really don’t get the appeal in any of his songs.

P.S. Totally agree with @Meh, she must keep the dress for the show in May, it’s absolutely fantastic.

Not my cup of tea. With the proper staging it might do well, but talking exclusively about the song, I just don’t like it.

It good news for San Marino. We can bet that Azerbaijan, Estonia,Armenia, Sweden, Hungary, Ukraine and maybe Russia go to final (Russia will lost so many points because Ukraine crisis, (remember France 1998 and UK 2003 ). For 3 more spot for final i think will fight four coutries Albania, Moldova,Montenegro and San Marino.

In a year full of worthy ballads (Sweden, Israel, San Marino, UK, Slovenia, Montenegro and many others for me) if you come with yet another ballad you just have to be great. Well this one isn’t. It goes nowhere and it’s just noise. That dubstep doesn’t fit well. Not well crafted, bad pronounciation of english and annoying voice. Don’t know what Moldova was trying to do this year..

I Feel the word abilities should be in quotation marks

Who told this girl she could sing? Her mother? This is just dreadful …

Obviously going to make the finals considering its in semi final 1. The question is how well will it do in the finals. I think this’ll probably depend on the staging, which Moldova usually excels in

She was sing in in English?!?!? I never would have known.

Anyways, boring song, and she really struggles to hit the low notes. Not much better than Silent Storm. Disappointing.

Really lousy quality sound on the Youtube video obscures how good or bad the performance actually is. But ugh, the dubstep is just terrible and throws all subtlety out the window. Moldova isn’t much for subtlety, but they usually pull it off. This time, though?

Who knows, maybe they’ll fool around with it and actually make it sound good. Get rid of the dubstep!!!

I think she needs to smoke some more cigarettes to get that complete raspy effect. Probably put the song up for audition for the next 007 James Bond flick too.

She has to improve her pronouncation of the words, I can’t understand anything of what she is singing! I really dislike this song, it’s like a never-ending-wannabe-warrior song?

Moldova is one of those countries that always get a little bit of help from its neighbours to pull through the final and usually finish 13-14th place in the final. The song itself sounds terrible in English, the accent is ridiculous and the whole presentation screams of misplaced passion and artificial power.

I’ll not comment the song, but that dress is EPIC! As Wiwibloggs previously stated – Moldova, the country that goes “bold or go home”. 🙂

First time since 2008 that Moldova will be stuck in the semis.

OMG did that man fall at the beginning?

i think Moldova will get the same place as the last two years. Number 11 in the final.

I’m happy with the winner. I think it’ll do pretty good in Copenhagen.