With just a month left until the Eurovision Song Contest explodes into life, DR is completing the extraordinary transformation of a derelict shipyard on Refshaleøen into a Eurovision Temple. The stage designs are finished, and now the Moscow-like stage is pulling a Conchita Wurst and rising from the ashes. Producers have revealed some of the technical features of this year’s stage.

– Eurovision will be the biggest light show ever held in Denmark

– It will boast an LED screen that is more than 1,200 square meters

– 46 men are working on the light production alone The two units that make up the B&W Hallerne are seriously tall, which means they require more lights than at any previous Eurovision. The LED screens may also be taller. It seems logical that DR will create some moving features (like diamonds for example) next to the stage, so as to give a unique look to this former shipyard. Judging from this photo you can see that preparations are in full swing.

After making some calls and playing on Google, we can safely say that this year’s show will be on a simillar scale to Düsseldorf 2011, when the Germans organised one of the best shows in Eurovision history. Here is a comparison. You’ll notice that the Düsseldorf show had a 1,300 square meter LED screen, roughy the same size as Denmark’s 1,200 square meters monster.

Here is a comparison of the 2 years:

-300 workers in the construction &amp; installation of this massive techinical set-up

We’re confident the show will be as spectacular! It will for sure be bigger and more spectacular than last year. 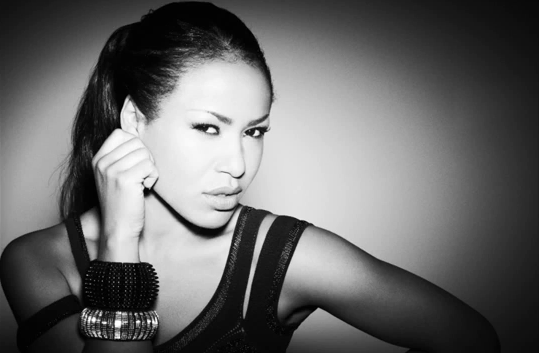 Lock up your husbands! Gaitana is on the prowl with Grooms Discuss: Can Axel Hirsoux pull a Top 10 with Mother?

When they say big do they mean Moscow 2009 big? Cuz that was the biggest Eurovision stage in history right? Best stages for me were:

I absolutely did not like the Malmo stage. Sorry.

Hmmm…interesting how this is going to turn out…So the stage is going to be “big” and a lot of LED, but the hall is quite small in area although high in roof, DR has said that there will be about 10 000 people in the audience….soo Bigger stage but as many people as in Malmö in the hall…I wonder how it’s going to be, but think that DR will make an excellent stage, you just have to look at the Grand Prix Denmark hosted to select their entry this year, that was in a pretty small hall but the stage… Read more »

I loved how Malmö’s show was small yet sophisticated and very personal. It is great watching all the videos in 1080pHD. I loved Düsseldorf also with it’s big stage and everything but it just felt too big and not personal like Malmö meant for their hosting of Eurovision to be.

I was in malmo last year and all I have to say it was amazing. It felt very personal and we were close to the artists. I think that’s what the producers wanted and they did. It was an amazing show!

Moscow is the best so far. I liked Dusseldorf and Baku too. Malmo was just like a school hall, Oslo was boring. The previous ones are not worth discussing, technology was not involved this much yet. I hope Copenhagen will be something unique. Sweden literally ruined the show.

I thought EBU wanted to keep everything small and intimate to save money… seems the crisis is gone, Welcome back to big bang eurovision!

Dusseldorf was amazing and modern. Oslo was too dark and boring, while Moscow provided a massive, yet impressive stage.

I hope Copenhagen not to disappoint us, although i do not expect a lot from an old shipyard.

I still don’t think Denmark will be able to beat the amazing production Germany had in 2011.

Huge stage is not impressive at all .. Remember that 2009 made the performers look tiny .. Awful .. 2013 was perfect size . Just need a better backdrop ..
What 2011 made perfect was the voting sequence with scoreboard left side screen , green room in middle behind and spokespersons for votes on right screen .. Was perfect for audience to see voting

I didn’t think Dusseldorf was that good. 2009 and 2012 had way better stage designs! I’m looking forward to seeing the new stage and the show packaging for this year.

I hated it in Malmö, everything was so small!

So many discussions about the big stage. SVT had a smaller stage last year than the previous years, and it looked great in the arena. The audience came closer and it felt like a real show. A huge stage does not necessarily mean that it will look better on TV.