Portugal has given the world greats like Cristiano Ronaldo, Carmen Miranda, and Ferdinand Magellan. After attending Eurovision in Concert, we want to add another name to that list: Suzy!

The “Quero Ser Tua” singer has real sass and energy. In our interview Suzy sings a snippet of her 1999 Christmas hit, shows us some of her dance moves, and discusses the party vibe of her Eurovision entry. “When I heard this song I started shaking,” she says. “It’s very uptempo and positive. Even if you don’t understand the words. This is an exmaple of music being universal. It’s the vibration it gives each person.”

Suzy also discusses the controversy that followed her victory at Festival da Canção. “My colleagues, they only bet on Internet, which doesn’t give you points. It’s phoning that would give them poitns. I respect everyone is entitled to express because we live in a free country, especially after the 25th of April 1974, because we live for 40 years dictatorship. Everyone is entitled to their opinion but don’t lie or try to be aggressive. You need to have facts.”

We love her honesty and hope that Suzy makes it to the final. Eurovision needs her spice! 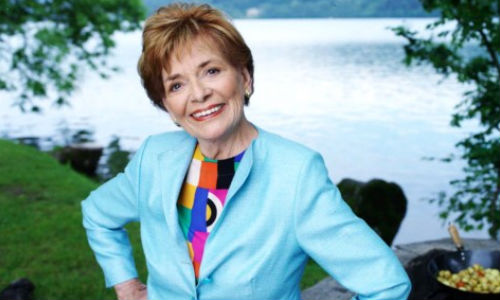 I love this song so much! I really hope it goes through to the final
1. Israel
2. Portugal
3. UK

@ Nanda – I don’t like this song on ESC, especially as a representative of Portugal. Still, it is catchy in a cheap way, which is not that bad, you know. My concerns are that she will most surely be below standard singing live (sorry) and that that the production team will tart her up (all curls and titties showing) and make a circus of the whole presentation. Other than that, they are as entitled as anyone else to be there on the stage in Copenhague. Já a respeito da “armação” e votos comprados, etc., Nanda, eu acho que não… Read more »

Well, it makes ME smile (: She seems so nice. Good luck Suzy!

You really want people to smile? Have that song on mute!

With this crap of a song, I don’t smile, I CRINGE.
She wants numbers? I’ll give her numbers. She barely didn’t qualify for the final. Then she wins and double the second place votes.
Those are numbers to be investigated

I love her! So sweet!