Since national broadcaster RTCG internally selected him for Eurovision 2014, Sergej Cetkovic has made sure to preserve his vocal chords for the first semi-final on May 6. But he may be screaming soon enough. The latest betting odds predict he’ll earn a spot in the final. That would make him the first contestant from Montenegro ever to qualify. We’re really excited about the prospect, y’all!

Sergej recently caught up with our Croatian correspondent Mario Saucedo. Here is what he had to say.

Thanks for taking the time to chat. Can you tell us more about RTCG’s approach? Were you their first choice?

I was very honored that RTCG called me this year, and I’m happy to represent Montenegro at the upcoming Eurovision Song Contest. Otherwise, the ideas and desires existed even before and I’m glad that it’s happening right now, before the release of my sixth studio CD.

Rumour has it you’ve been approached for Eurovision several times before. Why didn’t you say yes earlier?

Eurovision is a demanding and serious festival. For several years I’m on constant tours, promoting my latest CD “2 minute” and I did not have time to devote serious preparations for the Eurovision Song Contest. Six months ago we agreed with the leaders of RTCG, and here we are on the same mission. Could you tell us more about your song?

It is difficult for an author to interpret his own song. It always comes to the perception of the world around me, and the emotions that inspire me at that moment. I’m trying to not trivialize my songs, and that they do not set the phrase, but the true emotions that I share with my audience.

Montenegro and Portugal are the only songs in the first semi-final that will be sung entirely in their native language. Do you think this is an advantage or a disadvantage for you?

I’m not sure that the language in which I sing is a crucial thing that brings good result at Eurovision. It is important that everyone likes the song in general. Then that is a success! The composition, which does not find its way to the public, you can sing in any language, but nothing will help.

Recently you revealed that your main inspiration is the sun.What’s the connection between your song and the sun?

My connection is love. My songs are love. “Moj Svijet” carries a strong emotion that each of us sends to a loved one.

Staging will be key for your ballad since it is in Montenegrin. Are you perhaps planning something that will remind people of the beautiful video? Will there be any backing vocalists or dancers accompanied with you in Copenhagen?

I will keep the backing vocals. In any case, it will not be something blatant, with some fireworks, but it will be discreet because I want the music and the song itself to be at the forefront.

Have any former Eurovision contestants come to you with advice?

I spoke with Jelena Tomasevic, my colleague and friend, who represented Serbia in 2008. I received a helpful advice.

Have you heared any other songs competing at Eurovision 2014? If yes, who is your favorite?

I’ve heard a few songs. I like the song from Armenia, followed by Hungary and Sweden.

What is your favorite Montenegrin Eurovision song of all time?

It is a song “Dzuli”. Danijel Popovic, who is of Montenegrin origin, performed it for former Yugoslavia at the Eurovision 1983.

You’re older than most of the competitors. Do you think that is an advantage?

Maybe just a little more experience, because I, unlike many, performed in front of thousands of viewers, but I believe that the Eurovision is a specific event that prior experience does not mean anything, but that it is a moment of inspiration.

This year Eurovision followers have been occupied by Conchita Wurst, the bearded lady who will sing for Austria. Some contestants have been accused of making homophobic comments against her, and so have many fans. What is your opinion on Conchita?

I respect all participants in the Eurovision Song Contest. I do not make any difference between them. I want everyone to appreciate people who are different from us, then the world around us would be much better. My world is in color and I never look at people with black and white eyes.

How long have you been friends with Tijana Dapcevic? Did she give you any advice or are you more like competitors during the Eurovision period?

Tijana Dapcevic and I are colleagues and friends long enough to know and support each other. In the first semi-final, when it was decided by lot to Montenegro performance, Macedonia, and therefore no Tijana not participate, so that we can be each others competition. And if you get into the finals, and I want Tijana and myself a good placement.

Do you have any projects waiting for you after the Eurovision? Can we expect more English language songs in your discography?

“Moj Svijet” has been recorded in English and can be heard on Youtube. After Eurovision I have already scheduled concerts throughout the region.

Lastly, do you have a message for all your supporters on wiwibloggs.com?

Thank you and all regards! I will see you all on 6 May on the first evening of the Eurovision Song Contest in Copenhagen, where I perform under number 15.

Special thanks to Sabrija Vulic, the Montenegrin delegation PR manager, for assistance during the interview.

ESC GIFS: 16 side-effects of being a Eurovision fanatic 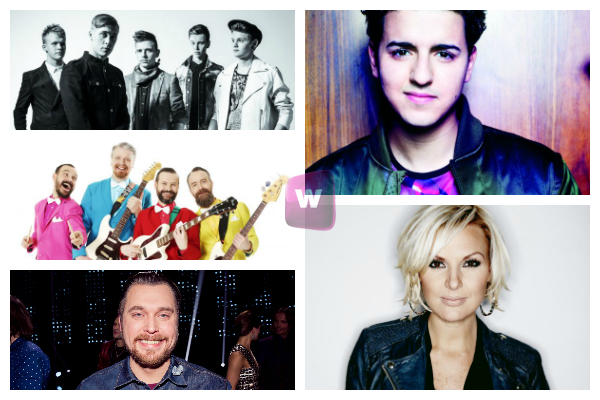 Poll: Who is your favourite Nordic Eurovision act in 2014? The song is great. His voice is great. He certainly deserves to qualify. Go Sergej! 🙂

‘I’ve heard a few songs. I like the song from Armenia, followed by Hungary and Sweden.’

(Almost) All of contestants having Armenia as their favorite.. well))

@davve NO! It would be the worst scenario for Eurovision if sweden won again! They hosted such a boring contest last year and its eastern europe’s turn now! I really hope next year’s esc will have a capacity of over 20.000 again that works best IMO

@Eme: It’s never tired to find out that someone is open-minded. I love Sergej even more now! Gentle giant 🙂

I think this is one of the best Montenegrin entries in years, I sure hope we can see Montenegro in the finals for the first time in May!

I’m in love! Y’all need to stop asking about the Conchita thing though, it’s so tired now.

Montenegro will qualify first time to final and good result in final thank only to serbian diaspora in countres who participate in Eurovison 2014. Without that suport Montenegro wili be stay in semi final.

I am 50/50 on Montenegros qualification. the ballad is nice. but typical standard boring balkan ballad… hmm..

Sweden will win it anyway..