Yes, Eurovision 2014 has turned into something of a hoedown, replete with banjos, harmonicas and a whole lot of whistling. It all screams American South. Switzerland’s Sebalter has told us how his song “Hunter of Stars” was inspired by a roadtrip through America. Ilse DeLange and Waylon spent time in Nashville recording “Calm After the Storm”. And Firelight dove into the country-folk genre when dreaming up their own original sound.

But which is your favourite? You can review each of this year’s country-inspired tunes below. Then vote in our poll. You can vote for as many acts as you would like, but you can only vote ONE time.

Netherlands: The Common Linnets with “Calm After the Storm” 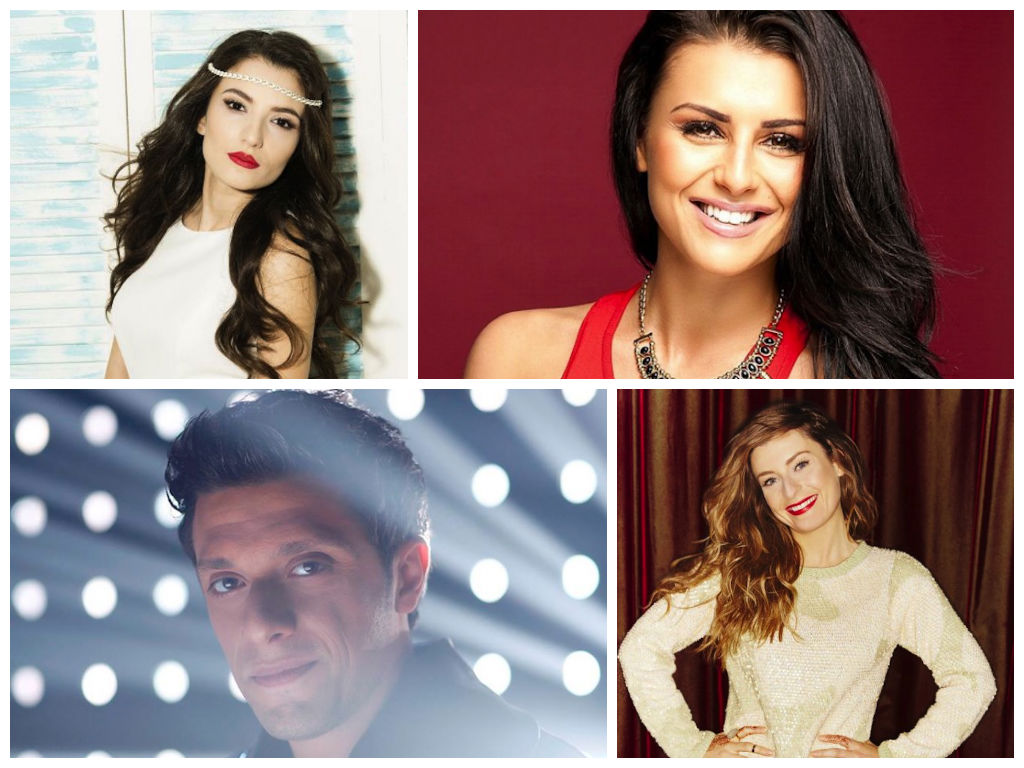 @ David Thielen, keep your stupid remarks to yourself. You don’t have a clue about music and keep God out of it. You’re a dumn ass.

The Female voice in Malta’s song ruins it for me, it would have been better if it was only him singing it.

Country is not the same a folk music … be careful when labelling this particular genre to where all three belong. And as close as country goes but more in the lines of bluegrass is the Dutch entry … so country a la Dolly Parton, Lady Antebellum or Jason Aldean, etc. none of these 3 are. I understand that such genre and style has never been so evident in the competition and is so underrated and less appreciated by esc fans who clearly seek for the big next up-tempo dance pop piece of rubbish to win the competition. But like… Read more »

Country: The Netherlands Song: Calm After the Storm Artist: The Common Linnets 1st semi final on the 6th of may Opinion: 6 points, I am dutch so this was a hard nut to crack as to my personal opinion it deserve no more than 4 points. But as a dutchman I will give them some extra points. I will spare you the details but we dutch have a love/hate relationship with Eurovision. We do send some great songs but the stageperformance is being done by people who seem to have no idea what the contest is all about. I will… Read more »

Country: Malta Song: Coming Home Artist: FireLight 2nd semi final on the 8th of may Opinion: 7 points, this is the kind of song that makes me wanna move even when I sit down but there is also something about it that makes me wonder if Europe will embrace this country&western sound. It has been tried before by Germany with Texas Lightning and even though they really thought they had a good change of winning that year they failed miserably. http://m.youtube.com/watch?v=IKvPzL1NSSI. It also reminds me of Bosnia in 2011 who did very well with a simple but charming show. http://youtu.be/mBg3coarF_8… Read more »

Song: Hunter for Stars Artist : Sebaltar Opinion: 8 points, I like the whistle and it’s catchy but the performance is Alexander Rybak 2009 all over again.The fact that he loses his ear piece halfway through the song makes the hitting on the drum even sillier than it was to start with. The performance in total is like swiss cheese, if you melt it, it looks a little plain. The singer on the other hand is a whole different story. A nerd that makes it to the stage of the ESC! Wrap him up and send him over, I will… Read more »

You forgot about LATVIA.

I like all of these three, but I think that Malta’s song is the most quality one.

I’m not a big fan of any of them, but Sebalter is the best of the lot.

From these 3, Netherlands is clearly the most pure country song. I wouldn’t really call the Malta one country tho. That one is more folk.

@David Thielen: actually it’s the opposite, country is music compared to the shitty typical Eurovision pop and dance songs. The Netherlands entry is amazing.

Anyone above is my one of fav. I am not sure who is really the best from these three. Can be SUI. I won’t cry if all of them will just go home after semi finals. By the way, since tomorrow rehearsals…wrr. Let’s begin fever Eurovision 😉

malta last? they have by far the better song of these two!

Malta is WAY too underrated. It’s a lovely song!

Country Music is God’s way of proving some people have no musical taste.