Following the second semi-final, the 10 qualifiers gathered inside the press centre to dish on their reactions to making it to the final. The team from wiwibloggs.com were there jotting down everything the contestants’ had to say. Here are the highlights.

You were the first to be called out. What was that like? “It was beautiful. It prevented me from experiencing this tortured waiting time.”

And how will you improve your show for Saturday? “Basically, I provide the same show I provided for tonight. There is nothing more to work on still. We are going to bring the same energy we brought yesterday and today onto the stage. That is the most important thing. Sleep? No. That’s out of discussion.”

Slovenia: Tinkara with “Spet/Round and Round” Did you expect this? “It’s hard to say, but it’s a beautiful feeling. So thank you everyone for your energy.”

You have a long career. You have your flute with you. You have to pretend to play your flute because it’s the rules of Eurovision. Does it feel strange? “Yes, it’s very strange. I applied to the boss of ESC to make it one new rule if you are the main vocalist and if you play an instrument let us play please.”

Poland: Cleo with “We are Slavs” A victory over those who said your act was sexist? “Well, don’t you think we have really great song? Really…it’s not about girls only girls. It’s music.”

Did the Slavic blood encourage people from around Europe to vote for your song? “Yes, I think so. When I was on the stage, I felt a lot of energy from our Slavic brothers, yeah. It’s like magic really.” Ovi: “I feel great. Looking back I was talking to the songwriter and I said, ‘Look at what you put in motion with one song! One song and a great voice of course [looks at Paula].”

Paula: “We want to create a miracle this year and if you believe in Miracle keep believing…and vote for us.”

Paula: “It feels great. We’re so thankful everybody that voted us…The Miracle is getting closer…We’re getting closer. It’s an honor to be in the final. It’s a pleasure. And nobody can forbid us to dream of the title. Everybody here dreams about the title. If you all come to Romania in 2015 I will personally show you around.”

One year ago did you imagine you’d be here? “No, it’s just overwhelming. I’m so happy to be here and I’m just so proud of my cousin who wrote this amazing song and what it has done for me.” Josephine [Carl’s cousin and songwriter]: Did you think you’d bring your cousin to this success? “To be honest, no I didn’t. It felt like a crazy idea in August last year. Since then it’s been surprise after surprise, milestone after milestone and suddenly we’re here in this room together. I’m really proud of my cousin. He keeps impressing me.”

Can both of you describe the last few seconds before you knew you were coming through here and how proud you are right now? “The second before they called out Norway was excruciating. It was nerve-racking. I was under tremendous relief when they called out Norway. Really, really proud of my cousin. She is an excellent songwriter and I’m so proud to present her song to all of Europe. She deserves that.”

Josephine: “The second before they called out Norway I was a bit calmer than I expected. Carl had some…such a good performance….I knew it would be remembered as a solid performance, but it is nerve-wracking to sit in that room with thousands of people sitting around you screaming. I think I got up on the couch and …sorry for that. Usually it brings me to tears to talk about Carl Espen and how proud I am of him, so I’m not going to do that right now. But I’m very proud of him.”

Greece: Freaky Fortune with “Rise Up” Riskykidd: “It was crazy. I was jumping about, doing our thing.”

Nikolas: “We want it to be a movement. We want young people of Greece, Europe and beyond to Rise Up about all the difficulties. To be positive and creative, and dance all their problems away. Rise Up. Rise up. We want it stuck in all of your heads.”

Today we have seen some videos with records. What is your personal wish for your song? “The highest jump. It was coolest jump.”

Do you want to open the final? “Whatever comes. I’m not really fussed. All I want to do is make sure that whatever position we are we go and do our best and give our energy. We go and do what we do best, which is music. To be here and do music on the biggest European platform is absolutely fantastic.”

How do you feel? “I think we’re a small country but we’re big in character. We have people like Gaia who has taken Junior Eurovision by storm. I think it’s a good year for Malta. We’d really love to see most of you in Malta next year for the Junior Eurovision. Please come to Malta in November people. We even swim them.”

We missed what he said.

Finland: Softengine with “Something Better”

It is the third year of UMK, your national selection. Will the Finnish broadcaster continue with this platform? Head of delegation: “Well yes, it’s a feeling. It’s great we are in the final again. We will continue UMK contest for new music. But it’s a TV show so we have to, of course, think about in the year if we are going to think about the form and you just have to watch.” How do you feel about supporting ay people? “Tonight it was unbelievable. I just received love. I stopped singing and I burst into tears. The gay community, of course, I’m a member of the gay community. But I have received so much support and I just can’t say how thankful I am.”

Will you become a real woman now? “First of all, I don’t want to be a woman. I am a very lazy boy at home and a working queen. I won’t change that. I said this often but I created this character to show everybody that you can achieve everything. I would never ever shave my beard. Maybe I want to do it somedays…but this is my decision.” Second semi-final results: Who qualified for the grand final? 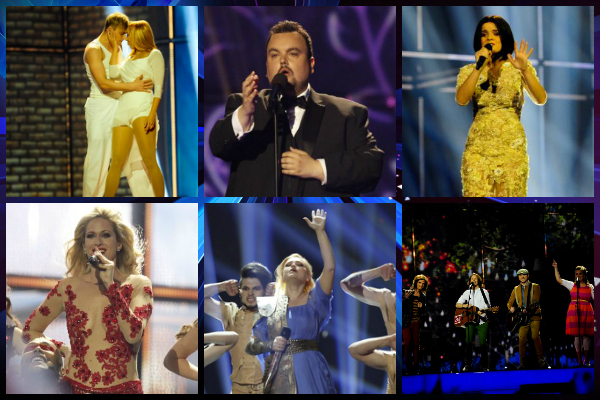 First semi-final: Which non-qualifier should be in the final? Poll results: Here are the ten acts you think should qualify from Semi-Final 2 Second rehearsals at Eurovision 2019: The Netherlands, North Macedonia and Azerbaijan Teo with “Cheesecake” – “We missed what he said.”
That goes for the song as well as the press conference.

from eurovision.tv:
Belarus
“I am happy, tonight I am not ‘Cheesecake'”, Teo stated first. Belarus was not always that lucky to be in the Final. “I think Belarus keeps sending good artists and we prepare very well, getting better every year”, he answered. Has he felt the support from Belarus? “Yes, I feel it. It’s very important for me”, Teo answered.

Belarus was drawn to perform in the first half of the Grand Final.

Omg the Teo part is classic