In the days following this year’s Eurovision Song Contest, the Telegraph newspaper in Britain wrote that Eurovision had finally given the world a song to remember. They weren’t talking about Conchita Wurst’s “Rise Like a Phoenix”, but rather the Common Linnets’ “Calm After the Storm.” When Ilse DeLange heard that, she got all emotional on us.

We imagine that Ilse will need some more tissues after hearing the latest news. Earlier this week The Common Linnets’ new album reached #5 on the INTERNATIONAL CHARTS! Only four other albums, including Michael Jackson’s posthumous release and the Frozen soundtrack, are doing better. Isn’t that amazing? Their single “Calm After the Storm” is now 28th in the international charts.

For Ilse and Waylon, the news must be sweet revenge.

We probably all remember the moment when we heard the Common Linnets perform their Eurovision song the first time. All over Europe people complained about how boring their song was and how they had no chance of qualifying for the grand final. A few months later we all watched them place second in Copenhagen.

Let’s go back a few months to late March. As Eurovision fans blasted the Dutch song, it managed to climb to the top of the charts in Estonia anyway. A lot of fans missed the trick, but the Common Linnets were also charting in almost every other Baltic and Scandinavian country.

A month later and the duo had advanced out of the first semi-final. When the hosts announced The Netherlands as one of the finalists, a whole country was simultaneously happy and shocked. But the positive reactions were not over yet. The bookmakers, who have an in with jury members and the EBU, had a clue that the Dutch had won their semi-final, and their odds narrowed significantly.

On the night of the grand final it became clear that Europe loved the duo for their calm song and their smart staging. The Common Linnets managed to get douze points from 8 countries: Estonia, Germany, Hungary, Iceland, Latvia, Lithuania, Norway and Poland.

What do you think? Are the Common Linnets the real winners of the Eurovision Song Contest? After all, they were awarded two Marcel Bezencon awards and have truly gone global judging from the international charts? Let us know what you think below! 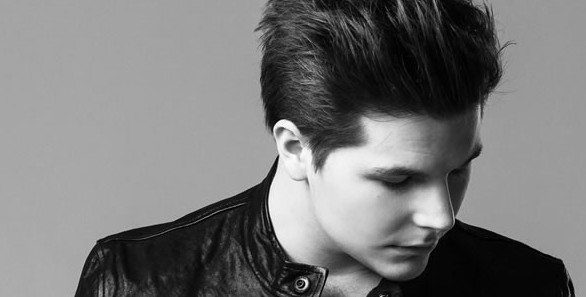 I thought that I, as a Dutch Eurovision fan, couldn’t get more excited after Anouk in 2013, but what is happening with the Common Linnets is absolutely incredible. No words… I think we’re back for good as a Eurovision country with great entries. Next stop: WIN EUROVISION

they are the real winners and charts prove it. they received huge attention from media and their album was success in many countries including UK (first time a non-UK/Eurovision winner gets a Top 40 album in UK right after the contest). Their song might sound boring for some people but the majority loved it. It was amazing and i’m glad it was well-received. Hopefully, serious artists will take notes and not be afraid of participating in Eurovision! Conchita’s victory wasn’;t unfair but The Common Linnets should’ve won. Conchita won for various reasons including the beard and the message of tolerance,… Read more »

I truly hope they will have a long and fruitful career. I may even listen to the full album and see what they sound like beyond the one song we get to hear from each act at ESC. Moreover, I am one of those who support career artists, not just one-hit wonders (for instance, I “discovered” Anouk at ESC and have come to appreciate most of what she has done, not to mention I LOVE “Sad Singalong Songs”). But I am still in awe, if I may say so without being lynched, that they came in second. I do not… Read more »

They were the real winners because they focused on a great song which is what the competition is about … there were no political influences manipulating this not a LGBT agenda was being showcased in the song .. a song that was actually for everybody, a performance that mesmerized everybody … while the eastern countries are trying to impose their political views on us and still want our validation, while the gay message comes in a shape of a character that is now living his 15 minutes of fame … songs like this one do represent the true essence of… Read more »

Thank you The Common Linnets for making Eurovision as a song contest again! I am rooting for this song (alongside with “Children of the Universe” and “Something Better”) since it was introduced back in March and very happy that it has commercial success. If they could invade the US, and being nominated at the Grammys we finally can produce another “Gina G wave” again from this competition.

I had faith in it from the beginning, but I never expected that we would be higher than the fifth place XD Still can´t believe it :3 I think my country was the real winners of ESC2014, but I can stand a second place (with a heartache though XD). Vienna is a beautiful city and ESC2015 will be awesome, there in the mountains and valleys of Austria 🙂 And I´m really happy for Ilse and Waylon that it worked out as they wanted 😀

You Martians have no hitcharts ;s

I and some are martians 🙂

Proud of my country. They were amazing on stage, and they are both true beautiful artists. But i’m not mad that we didn’t won. Maybe Conchita hasn’t won without the beard ( we will never know so please stop talking shit about it it’s really annoying its fuckin’ 2014 people don’t hate, peace & love), but that doesn’t changed the fact that she was truly perfect at the stage. She is maybe my 12th, but that have nothing to do with the beard. And maybe she is going to host the Eurovision next year. I already can’t wait untill next… Read more »

This to me is what Eurovision should be about. Not just a song but an artist who is actually able to produce an album that people want to buy an a winning song that grabs peoples interest.

No a one gimmick wonder. Conchita herself has said she has no new material or plans. Great she won. Talented voice. But I’m a kind of guy who wants a bit more.