Sure, we all know our ‘Euphoria’ from ‘My Slowanie’. But with the 60th anniversary of Eurovision now on the horizon, it’s important to look further back and contemplate some of the classic Eurovisions of the past. Many of those older contests have helped shape the way that the show looks and feels now. The acts that helped drive it deserve a little Attention!The contests in this list have been chosen because they show how the contest has evolved over the years—musically, culturally, sartorially.

Eurovision 1998 is the end of an era in many ways. It’s the last year to date where the acts had to sing in their native language, much to the delight of many (Sweden have never sung in Swedish since, for example). It was also the last time the live orchestra was present for the contest; even then, the changing face of pop music meant that songs like Marie-Line’s ‘Ou Aller’ barely used it.

The BBC really went all out for this contest, with the production a huge step up from the bare-bones effect that RTE had been forced to employ thanks to their budgetary issues the year before. It was the launching pad for the Eurovision we recognise today.

Add to that, some truly great songs and performances and this year is a must-watch. The start of many Eurovision legends: Dana International and Chiara, battling it out until the final points, as well as Imaani’s great “Where Are You” for the UK, Danijela’s “Neka mi ne svane” and of course, the infamous Guildo Horn rocking the stage for Germany. It’s a fabulous slice of late 90s brilliance.

The 1983 contest was a hallmark year for many recurring motifs that have featured in Eurovision ever since. The ridiculously long running time – the show clocked in at 3 hours, well over an hour longer than usual – was in part thanks to the questionable hosting of Marlene Charell.

Marlene decided to own her moment in the spotlight like no other host before or since, even though many have tried. The voting went on for well over an hour after she decided to read the points out in German as well as English and French, which proved more of an issue when she managed to get the names of many countries mixed up.

That didn’t stop the crowd applauding at every compulsory pause she threw in after every single part of her introductions, too…still, Marlene’s issues weren’t enough to put off Australia, who broadcast the contest for the first time. It only took them 31 years before they finally performed at the contest!

But where 1983 really shines is in the songs. If you want some great 80s camp charm, look no further than ‘Sweet Dreams’ for the UK, or if you’re ready for something truly shocking, then Turkey’s nul points entry ‘Opera’ is just that. The top three though is where the true quality lies: ‘Si la vie est cadeau’ remains one of the more underrated winners, with Corinne Hermes a great vocalist (and rocking that pastel pink). Ofra Haza went on to become a global superstar, and ‘Hi’ shows exactly why. But 3rd place went to a little known Swedish teenager by the name of Carola Haggkvist. I wonder what happened to her…

Eight years later, Carola stormed back on to the Eurovision stage and overcame sound and technical problems to take the crown with ‘Fangad av en stormvind’. It wasn’t plain sailing though. Not only did the sound system in the auditorium cut out halfway through her performance, but the voting saw Sweden tie with France dead level at the top. On countback, Sweden picked up the victory, though many people think that Amina’s entry for France – ‘C’est le dernier qui a parlé qui a raison’ – was perhaps a more deserving winner.

Of course, if you do decide to watch it, be warned: the Italians decided to go with the method of using former winners to host the show, meaning Toto Cotugno and Gigliola Cinquetti were shoved on to stage. This proved to be a bit of an error, as neither were entirely comfortable speaking in either French or English, leading to much hilarity as Toto stumbles over his introductions.

The duo decided to present most of the show in Italian; in many ways, the assumption of Italian contempt for Eurovision stems from the hosting of this show.

Even though Terry Wogan insisted in his commentary for the 1991 contest that a dead heat had never happened before, such an event had happened – and it had led to the only time the contest had multiple winners. In fact, the 1969 contest ended with no less than four winners. It’s another case of picking your own favourite. For my money, the best entry actually comes from the Spanish winner, Salome, who shakes and shimmies her way through the highly entertaining “Vivo Cantando”.

Under the current rules, France’s “Un jour, un enfant” would have won, a song very much in fitting with the contest’s original ideals of “light entertainment”, to put it kindly. Other notable entrants include another winner in Lulu, as well as Tommy Korberg representing Sweden.

The contest is a must-watch though for its sheer uniqueness. It would go on to spark a huge raft of rule changes to avoid such a repeat, but also led to a number of withdrawals the following year from angry broadcasters.

Franco also used the show as a way of throwing everything into making Spain look good, with a stage designed by Salvador Dali and broadcasting the show in full colour. Add to that a completely bizarre boardroom-meeting opening and the moment when everyone realises we’re having a four-way tie is a classic moment of ESC History.

The one that started a legend. Eurovision 1974 is a bizarre beast in how it stands out from the other Eurovisions of its time. First of all, the show was hosted in the UK despite Luxembourg triumphing in 1973, as RTL could not afford to host twice in a row.

It was also part of a brief period where the free language rule was in play, with all of the Scandinavian nations opting to use it to sing in English. This proved to be of a huge advantage to the Swedish entrants…a struggling band called ABBA. ‘Waterloo’ would triumph, picking up Sweden’s first of five wins and starting ABBA on their path to global superstardom.

What’s interesting, though, is that ABBA did not win easily. They were pushed all the way by Gigliola Cinquetti in her return to Eurovision. Her performance was just one of many controversial moments that make this year even more interesting – RAI refused to broadcast it, as ‘Si’, such was its title, could have been seen as propaganda ahead of an upcoming referendum.

Portugal’s song sparked a revolution, whilst the UK was represented by none other than Olivia Newton-John, who hated her song “Long Live Love” (a rather average entry, it must be said). Other big performances in this Contest come from the likes of Luxembourg and the Netherlands, making it easily one of the most enjoyable – and it’s also the last time that the legendary Katie Boyle hosted the show. Rumour has it she did it commando too…and if that doesn’t convince you to watch, then I don’t know what will!

Thankfully, so many of them have remained intact that they are easily accessible on YouTube and other such websites; if any of these have sparked your interest in the older editions, then you can easily find more! Go watch them and see if there are any older favourites you can love! 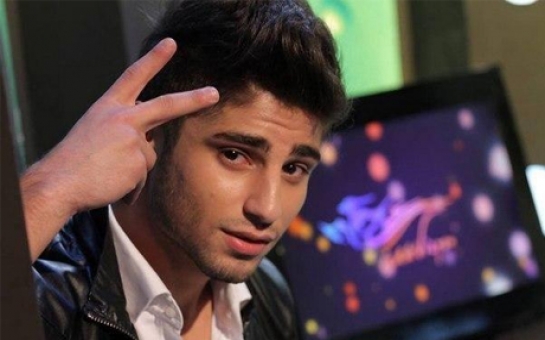 Türkvizyon: Azerbaijan searches for its 2014 contestant 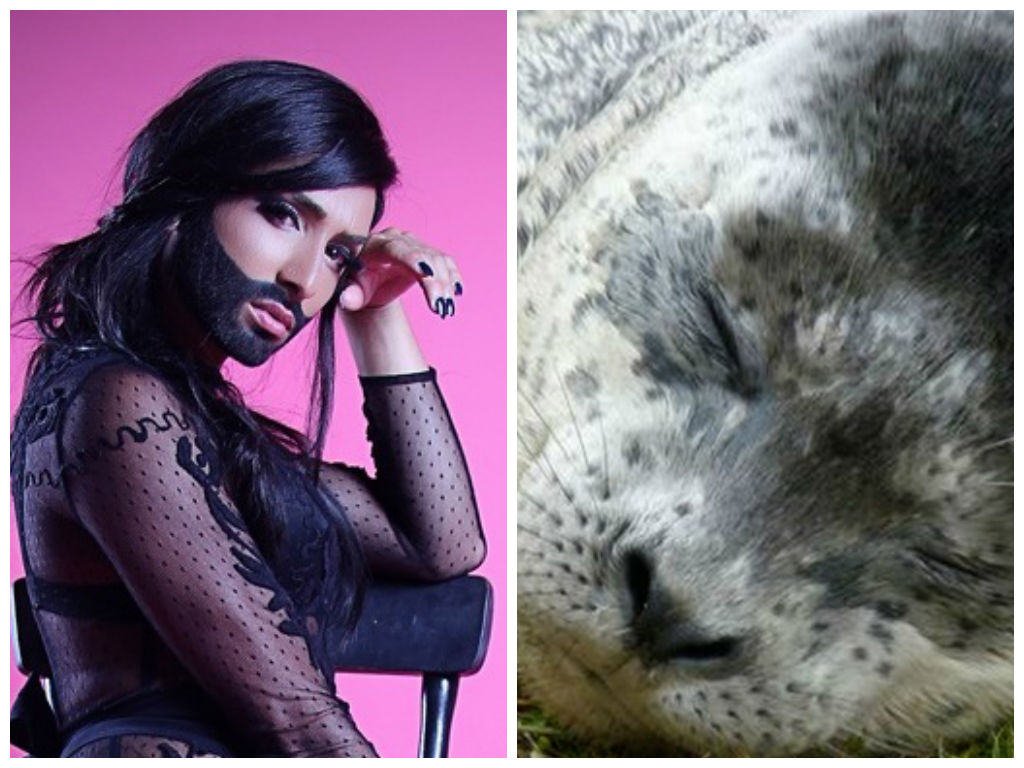 I remember watching the 1969 contest at the grand old age of 5. I especially remember the mad running around as it became clear there were four winners and the desperate calling on ‘Meester Brrrown’ to make a call on who was the winner. However the ‘boardroom’ scene is not in the least bizarre. Firstly it was only broadcast in Spain and it was to introduce the Spanish jury to the tv audience. Funny that so much was made this year of the naming of the jury members before the contest. I also remember in the early 70s a neighbour,… Read more »

Davve, France in 1974, was favorite number 1 to won that conest, with Dani – La vie et 25 ans, but they must witherdraw because france president died few day before the contest.

Wow… i am just impressed with the simple fact that someone decided to trully travel in time and leave the comfort zone of contemporary televoting poltically-gay-overcharged version of something which used to be about the music first and foremost …everything else was just a bonus and nothing else .. I appreciated this … although starting with 1998 and Dana … well … it would be too good to think it wouldn’t be ur starting choice …

For overall quality, try 1973: Cliff with a power anthem, Eres Tu from Spain, and a knockout number from Anne Marie David to give Luxembourg back-to-back wins.

For me, 1993 is the contest with the highest quality of songs. No real disasters, just some great entries, enjoy it!

Katie Boyle did compere in commando in 1974. She confirmed that it at the UK Eurovision Song Contest convention in 1988.

i think that 1999 is missing here! So many good songs that year. The Netherlands in 1999 was i think my all time favorite eurovision song! France, Denmark, Malta, Croatia, UK, Estonia, Sweden, Spain, Lithuania, Cyprus, Ireland and Austria were also my favorites this year.

I wonder if ABBA had won if all countries had to perform in their native tongue..hmm.. interesting..

Great list! And great contests all of them 🙂 Also in 1988 (my alltime favorite) there was a brutal battle between Switzerland´s Celine Dion (a birth of another legend) and UK´s Scott Fitzgerald, with Celine winning with just one point at the end! 🙂