The boy is officially a man. Today Croatia’s Dino Jelusic, the very first winner of the Junior Eurovision Song Contest, turns 22. In honor of that milestone, we’re pausing to remember Dino and Croatia’s other JESC winners…and finding out whether they were able to turn JESC success into an adult career.

Dino is now a 22-year-old music academy student. He is fully dedicated to hard rock and metal. He went on hiatus after JESC and didn’t release any new songs until 2011 when he re-appeard on the music scene with the album “Living my own life.” He’s quite anonymous in Croatia now and the only thing that keeps people from forgetting him is his winning song “Ti si moja prva ljubav.”

Nika Turkovic sang for the country in 2004 and achieved a respectable third place with her song “Hej mali.” The girl with a large pink hat suit is now a 19-year-old student of songwriting at The Institute of Contemporary Music Performance in London. Her latest song is “Nasa lijepa”, in which she sings about the beauty of her native country.

This year she was part of the team behind Sophie Debattista’s performance at Malta’s selection:

One year later, Croatia was represented by another Jelusic—Dino’s younger sister, Lorena. She wasn’t as successful as her brother. At the end of contest, her number “Rock Baby” finished 12th, which was Croatia’s worst result ever. She now lives in the USA where she performs in musicals, plays and choirs. Her latest song is a collaboration with the band New Alliance.

Mateo Dido was the last Croatian representative. He sang about a girl named “Lea”, and finished 10th overall. Even so, he is now the most popular and active of Croatia’s four JESC acts. His slightly explicit music video for the song “Party” was quite popular last summer. Despite the attention “Party” has brought, he is known primarily for ballads.

What do you think of Croatia at JESC? Can we expect a comeback? Who is your favorite now and who was back then? POLL: Which cake song did you prefer at Eurovision 2014? 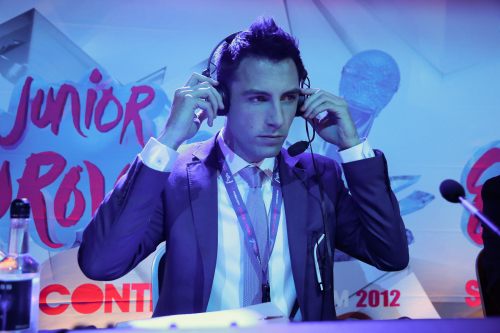 EBU on jury votes: The results are not indisputably invalid