It’s been one month since the stars shined and the confetti fell at Eurovision 2014. The team at wiwibloggs.com can’t get Conchita Wurst’s “Rise Like a Phoenix” out of our heads. Unless we put on Twin Twin’s “Moustache” or Mei Finegold’s “Same Heart”.

That we would compulsively listen to songs that failed to crack the Top 10 isn’t surprising. Eurovision acts frequently fall flat on the big night because of bad staging or dodgy vocals, while digitally re-mastered versions of those same songs go on to prove timeless. Remember Britain’s Gina G. from the 1996 contest? Her dance number “Ooo Ah….Just A Little Bit” only placed 8th, but it’s now a staple on dance floors from San Francisco to San Marino.

So now we want to know: Which Eurovision 2014 song are you still listening to? Take a look at your iPod’s most played list, review all of this year’s entries on our Contestants Page, and then cast your vote below! You can vote for as many songs as you want, but you can only vote one time, so be sure to click the box by ALL of the songs you are still listening to before pressing submit. This poll closes on July 20.

In order to discourage fans from manipulating the results, you will not be able to see the results after voting. But we will publish updated standings from time to time. Rather than stressing out over the results, why not review our past winners? Romania’s Cezar took the title last year with “It’s My Life”. Ireland’s Jedward won with “Waterline” in 2012, Sweden’s Eric Saade won in 2011 with“Popular”, and Turkey’s maNga won in 2010 with “We Could Be the Same”.

Which Eurovision 2014 songs are you still listening to?

You can see the complete results by clicking here. 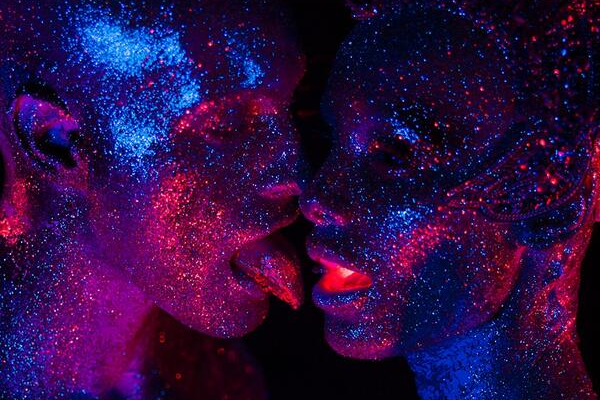 Latvia: PeR comes back with Smile

It’s now 2015 and I still listen to Ukraine and Sweden a lot. They have something new every time you listen and have a great melody. My second tier is Nederland and Switzerland.

Yes, Squirrel – all MUSIC LOVERS feel like you do !!!
The Shin & Mariko are great musicians.
THREE MINUTES TO EARTH is a wonderful song.
The more you listen to the song the more you LOVE IT …

I like Georgian entry by The Shin & Mariko so much… It’s so pleasantly different and virtuousic. The More I listen to it, the more I’m involved in it.

I can’t get enough

Still listening to the Swiss song at least once a day, it always puts a smile on my face every time I hear it – that’s how catchy Sebalter’s song is 🙂

I was going to write my top songs but jack said it for me right below. I listen to those same songs lol

My top 3 songs I listen to the most:

Children of The Universe (UK)
Something Better (Finland)
Amazing (Estonia) (I will learn this dance someday ;p)
Hunter of Stars (Switzerland)
Round and Round (Slovenia)
Calm After the Storm (The Netherlands)
Silent Storm (Norway)
Heartbeat (Ireland)/
Same Heart (Israel)
Not Alone (Armenia)

specially my top 2 (UK and Finland) 😉

Romania is the best <3 That song is a Miracle <3

The only song I have deleted is Spain’s Dancing in the Rain. Songs that are being considered for deletion are Belgium & Germany but so far they can stay.
Favourite songs are:
Austria’s Rise Like a Phoenix
Iceland’s No Prejudice
Norway’s Silent Storm
Russia’s Shine
FYR Macedonia’s To the Sky

I love ESC songs. I never stop playing them.

For my mind,best of all
1 Ukraine
2 Poland
3 United Kingdom
4 France
5 Belarus

I voted for around 30 countries, I just loved Eurovision this year – my big favourites are Slovenia, Poland, Russia, Israel, Ireland and Lithuania!!!

All For Southern Europe + Swiss 🙂

I still listen Romania, Sweden, Armenia, UK, and The Netherlands

Only the artists who released albums in same time as participating in ESC is still interesting therefor Sanna Nielsen, Valentina Monetta

Noone waiting for Eurovision 2015

GREECE AND RISE UP!
SWEDEN EUPHORIA!

Well actually i listen to a lot of songs still.
But Something Better is probaly the one that i listen the most.
Their new song is coming out friday, can´t wait 🙂

Just deleted yesterday a lot of songs, because i hadn’t much space.
But the songs that i didn’t deleted were from the Netherlands, Denmark, Spain, Switzerland, Italy, Romania, Montenegro, Armenia, Portugal, Hungary, Israel, Ukraine, Macedonia, Sweden & ofcourse Finland. 🙂

I’m still listening to Miracle. Romania had the best team!

Miracle 10 times in a day :)) also sometimes Dancing in the rain and Undo

None of them, unless I go to Youtube… because this year’s Eurovision soundtrack isn’t in American music download stores like Amazon or iTunes. I emailed eurovision.tv, and I was told they were working on a solution for next year, though.

I actually made huge discoveries this year, a lot of songs i like, my personal list is (in no particular order):

Iceland: No Prejudice,
Switzerland: Hunter of Stars,
France: Moustache,
Austria: Rise Like a Phoenix,
U.K.: Children of the Universe,
Netherlands: Calm After the Storm (and I must add here, that I’m absolutely in love with their album!),
Ukraine: Tick-Tock,
Armenia: Not Alone,
Spain: Dancing in the Rain,
Azerbaijan: Start a Fire,
Portugal: Quero ser tua,
Sweden: Undo,
FYROM: To the Sky

Just Montenegro and Slovenia. Gave up with Norway a week ago, so that’s it. The Balkans were just great this year, but not last year.

Would you mind if I say I am still listening to Et uus saaks alguse (Estonia), Eg a Lif (Iceland) and Mizerja (Croatia) from 2013?

Israel, Switzerland
And Belarus, because my sister plays it in the car a lot to annoy me.