Conchita Wurst might be the first bearded lady to win the Eurovision Song Contest, but her name is no more special than a pepperoni slice in a pizzeria. A quick glance through the annals of Eurovision history reveals that she isn’t the first glamorous Conchita to accept the challenge of representing her country in the contest.
Conchita Bautista, a Spanish singer and actress, represented la España twice in the contest. Her birth name, María Concepción Bautista Fernández, also has a dirty joke in it. Maybe the next drag winner will be Concepción Wiener? Conchita the First was Spain’s début entry in 1961. She sang Estando contigo (Being With You), a flamenco number. It placed ninth out of 16 entries.

Her voice didn’t suit the style of music, as it had more operatic flair than that of the typical flamenco dancer. Still, she worked the stage and showed a lot more skin than most of the singers of her day (though she would look rather demure next to the Polish models).

She returned four years later, in 1965, with the song ¡Qué bueno, qué bueno! (So good! So good!). Also a flamenco-styled number, she sang about how good everything feels to her, especially her boyfriend’s love. Unfortunately, she had second-time syndrome and received no points, placing joint-last with Germany, Belgium, and Finland.

She tried to leverage her Eurovision experience into an international music career, but it never blossomed. She would forever stay a Spanish-language artist, enjoying moderate success in Spain, Latin America, and the Mediterranean.

Was this Conchita better than our dear Miss Wurst? Or is she too old-school for y’all? Tell us in the comments section below. 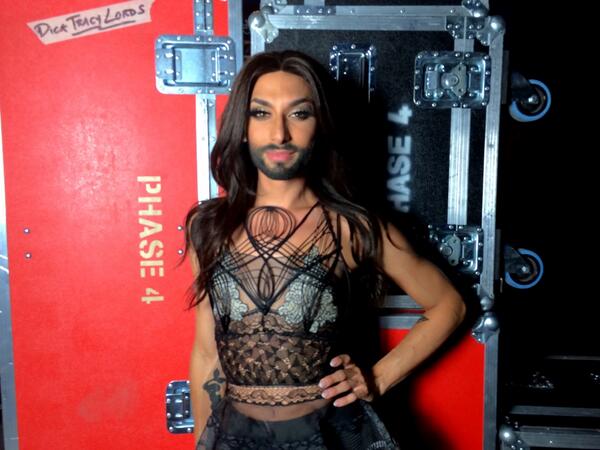 I might change my name to Alexander Rybak 2.0 so I can win Eurovision!!!!!! #JustJoking

Charles, why are you so upset?

The two Conchitas are too different in style to really justify comparison. Conchita Bautista’s 1961 song was an up-tempo feel-good number with a Spanish flavour in a year where most of the songs were slow. Certainly both Conchitas are strong singers.

Before there were any sausages singing with a beard, there have been plenty of Conchitas singing their hearts out in the Hispanic world. Conchita Bautista had represented Spain twice during the 60s. And before there was a Dana International, there had been an Irish Dana in 1970. Therefore both Dana and Conchita, with or without talent, built their characters based on real life singers. But at the end of the day I don’t believe for a minute that such an issue even matters: all that matters is what these characters represent for the LGBT community .. and they could have… Read more »

I hate both Conchita’s.