Melodifestivalen – it’s a pop gold mine. Infectious beats surround us, power ballads fill our ears with joy, and by the end of March our music collections have too many new songs to count. Ah, good times indeed! In fact, sometimes the Swedish national selection can be a tad more exciting than Eurovision itself (Please don’t smite us Eurovision Gods!).

However, when totally enveloped in “Melfest Mania”, one question always springs to mind – “Why don’t more famous Swedish singers compete?” The country is a major player in the modern pop world, and always has been (looking at you ABBA). They have some truly talented people over there, who could really bring the contest to new heights. So here’s our own little wish list of who we’d DIE to see on stage. And for the sake of variety, we’re NOT including artists who have already competed (still love you Janet…and we’re sad that you won’t be there next year Ace Wilder).

Tove Lo hails from Stockholm, and doubles as a singer and songwriter. She’s written songs for the popular group Icona Pop (who would also be brilliant), but is a very talented dance-pop artist in her own right. She has a very unique voice, and is known for catchy chorus’, something that gets you far at Melodifestivalen! She could put on quite the show.

NONONO are a group comprised of the production team Astma & Rocwell and lead singer Stina Wäppling. They specialize in a pop-rock kind of sound, however they incorporate some indie into their songs as well. They are infectious and fresh, with Stina having a very unique, sultry vibe to her voice. They could do really well, especially with an upbeat style song!

Lykke Li is a very unique artist from Ystad. Her sound is best described as a mix between indie, electronic, and experimental. She gives off a vibe similar to Björk, eclectic beats behind passionate yet slightly cold vocals, resulting in very mysterious and entrancing sounding songs. Lykke Li would bring music that isn’t heard at Melodifestivalen normally.

September, real name Petra Marklund, is a Euro-Dance singer from Stockholm. Considered one of the best known female singers from Sweden, she has an extensive catalogue of dance hits which would make quite the splash at Melodifestivalen. It would be a very successful endeavor for her, as her infectious beats would stand out from the usual schlager. She is also a wonderful performer on stage, a song from her would be a real treat!

And finally, the ultimate dream contestant….

Robyn is arguably the most popular female artist from Sweden right now, even making an impact on the United States dance charts. She is a critically acclaimed singer, with her last album, “Body Talk” receiving rave reviews. Rolling Stone called it “the best dance-pop album of 2010″. Robyn manages to take futuristic, electronic songs, adding soul and emotion with her phenomenal vocals, creating wonderful works of musical art. Seeing her on the Melodifestivalen stage would be the ultimate dream come true, made even better in the event that she wins and represents Sweden at Eurovision. PLEASE PARTICIPATE ROBYN!!

So what do y’all think? Who are your dream participants? Leave us a comment with your thoughts and opinions!! 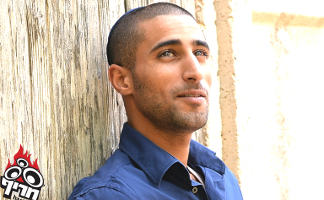 Israel: Boaz Mauda spices it up in Ma Hamahut 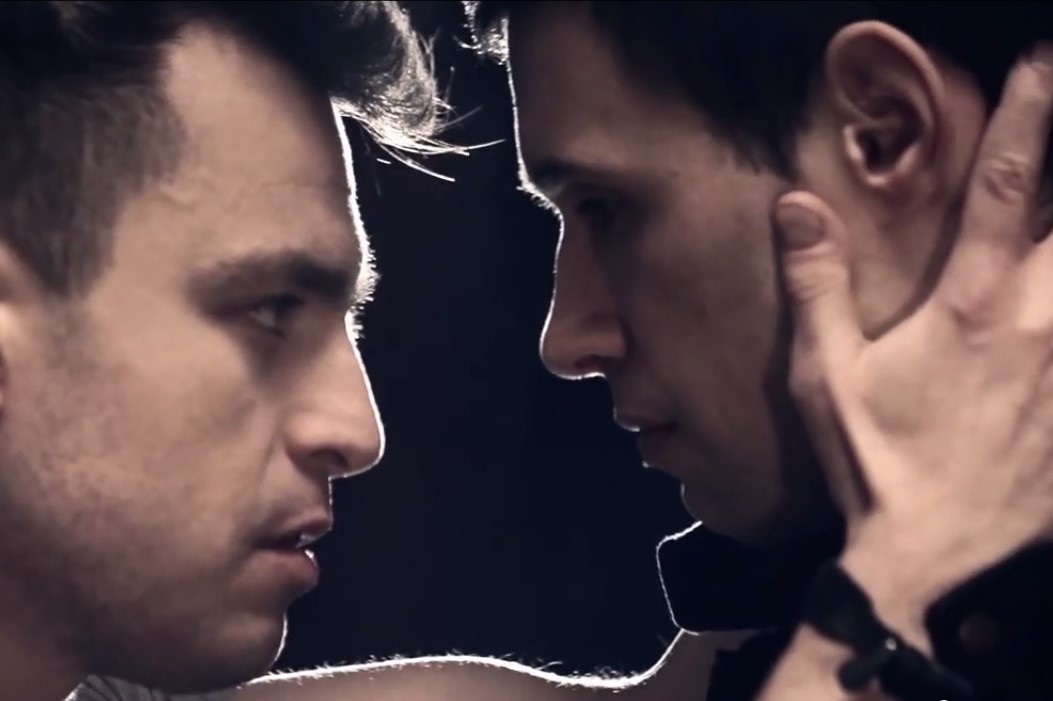 Oh sugar. Thanks for reminding me Zac.

Greece have qualified every year.

You forgot to mention Greece @Deven.

Based on what I’ve read here, I’d go with Robyn. And if Ireland sends Audrey Gallagher, it will surely be a battle-royale between both of those unique voices.

Blame It On The Disco was my fave song for MF 2014. If in ur opinion is all this things u could add an imo cause that is actually ur opinion and not the truth. As for Sweden and Denmark I think that Soviet countries,caucasian or Greece are much more successful if we judge by the results. But again if u judge for winnings Ireland or UK are most successful

Ukraine Russia Greece and Azerbaijan would be the more successful than Sweden and Denmark…especially Denmark, based on the number of top 10 finishes and qualifications.
So the arguement about Sweden and Denmark being the most successful countries at Eurovision is wrong

Helena paparizou…. Again and again! Who could get fed up with woman who is simply a goddess!:D

I would love to see Gravitonas……but i believe they are disbanding due to Army of Lovers taking up Alexander’s time again.

In the past fifteen years Sweden and Denmark have won equally so that isn’t actually an argument you can use, Sweden is superior due to better averages (but then I believe the Azerbaijan/Serbia/Greece/Ukraine quartet perform better than Sweden anyway) so that’s kinda a bad way to present a country being more successful than the other. Also Sweden sent Popular which was basically everything that you said so I don’t think they care that much. Popular also only did so well because it was in a mostly crap year with mostly crap songs.

If I see Lykke Li on the Eurovision stage, I will die, and then rise again to vote for her. She is the goddess :O

”Blame it on the disco” is a cheap, tacky, jumpy, greasy peace of trash. Although it is quite catchy. I don’t mean to be a b*****d but Melodifestivalen is a song competition after all and Swedes are very particular about sending good songs to Eurovision. They want to win as often as possible. They also pride themselves for being the 2nd most successful country in Eurovision (However, Denmark is the most successful country since 2000.Having won it twice since then and the only country to do so.) and they want to retain their winning ways.

Personally I love Alcazar, they are fun and produce happy music that I enjoy and have nearly as big of a story as Sanna Nielsen.

It will be interesting to see who will take part in Melodifestivalen 2015. I want Darin, Mans Zelmerlow, Danny Saucedo, Ralf Gylenhammar (”Bed on fire” was great. Very dark and suspicious.), Alexander Rybak (He is Norwegian, but Norway and Sweden are the best of friends.) and Linus Svenning (If ”Broder” was in English, he would have represented Sweden.) take part as well.

I would love to see Veronica Maggio preform at Eurovision in Swedish or English her songs are always good, I don’t believe I’ve heard her sing in English but would love to see it or have a bilingual/swedish and english versions of songs

Is Lykke Li Swedish? :O
I didn’t know!
Love “I follow Rivers” so much. If she will enter melfest ever, I hope she’ll send a song like that.

Bono would not win Eurovision. He is far too dated. You do not have to send a hugely popular entry. Look at Lena Meyer Landrut. She came from scenic nowhere to win Eurovision because she quite simply had a very good, catchy. So much so that the audience was singing along. That is down to very good songwriters. Once you have a fresh song that is simple but catchy, like ”Satellite” or ”Undo” and is sung very well, then it will do very well.

Deven – there’s that old joke about Bono not touching ESC with a ten-foot pole, but he doesn’t exactly have dignity to spare right now.

Already, we have a contender for Eurovision 2015 by the looks of things. Be worried France and UK. Sweden could very easily surpass your 5 wins in 2015. Now , if Eirevision goes ahead, (I know you are sick of hearing it, but you won’t have to hear me for 10 days from next Thursday because I will be in beautiful Torremolinos getting a tan on my back. It’s lashing here in Dublin.) I want to see the likes of The Script, The Coronas, Imelda May, Kodaline, Keywest and Hozier take part with fantastic songs. We could also establish ourselves… Read more »

It’d be wonderful to see Robyn or Petra in Melodifestivalen, but it’s unlikely I guess. But there’s a unique Swedish singer that doesn’t sound like anything or anyone out there, so I’d like to see Alina Devecerski next year in Melodifestivalen now that she’s recording new songs. She makes her own songs by the way.

Definitely Laleh deserves to be here.

I’d love to see Veronica Maggio and Miriam Bryant in MF too.

Robyn competed in Melodifestivalen 1997 as a songwriter. The singer was Cajsalisa Ejemyr and the song was “Du gör mig hel igen”. She came fourth. 🙂

Out of all of these 5, i pretty sure Tove Lo got the highest chance of entering.
The rest… Don’t think they’re that intressted.

If Tove Lo participates, I’d literally be die. She is one of my faves right now. So, here my first “international would” die list:

I’m Swedish. Think Anna maybe also are. Everyone did not watch Melfest in Sweden in fact last year they lost 100 tousands of listener and about 6 millions of Swedes (of about 10 millions) do not in fact whatch it only 3 millions

I’m Swedish. Think Anna maybe also are. Everyone did not watch Melfest in Sweden in fact last year they lost 100 tousands of listener and about 6 millions of Swedes (of about 10 millions) in fact whatch it

Here is what I want from Melodifestivalen 2015:

It would be good if a Swedish singer collaborated with Avicii (even if he doesn’t appear on stage.)

@ANNA MELFEST IS HUGE IN SWEDEN. EVERYONE WATCHES

Melodifestivalen is not as popular as it have been in Sweden